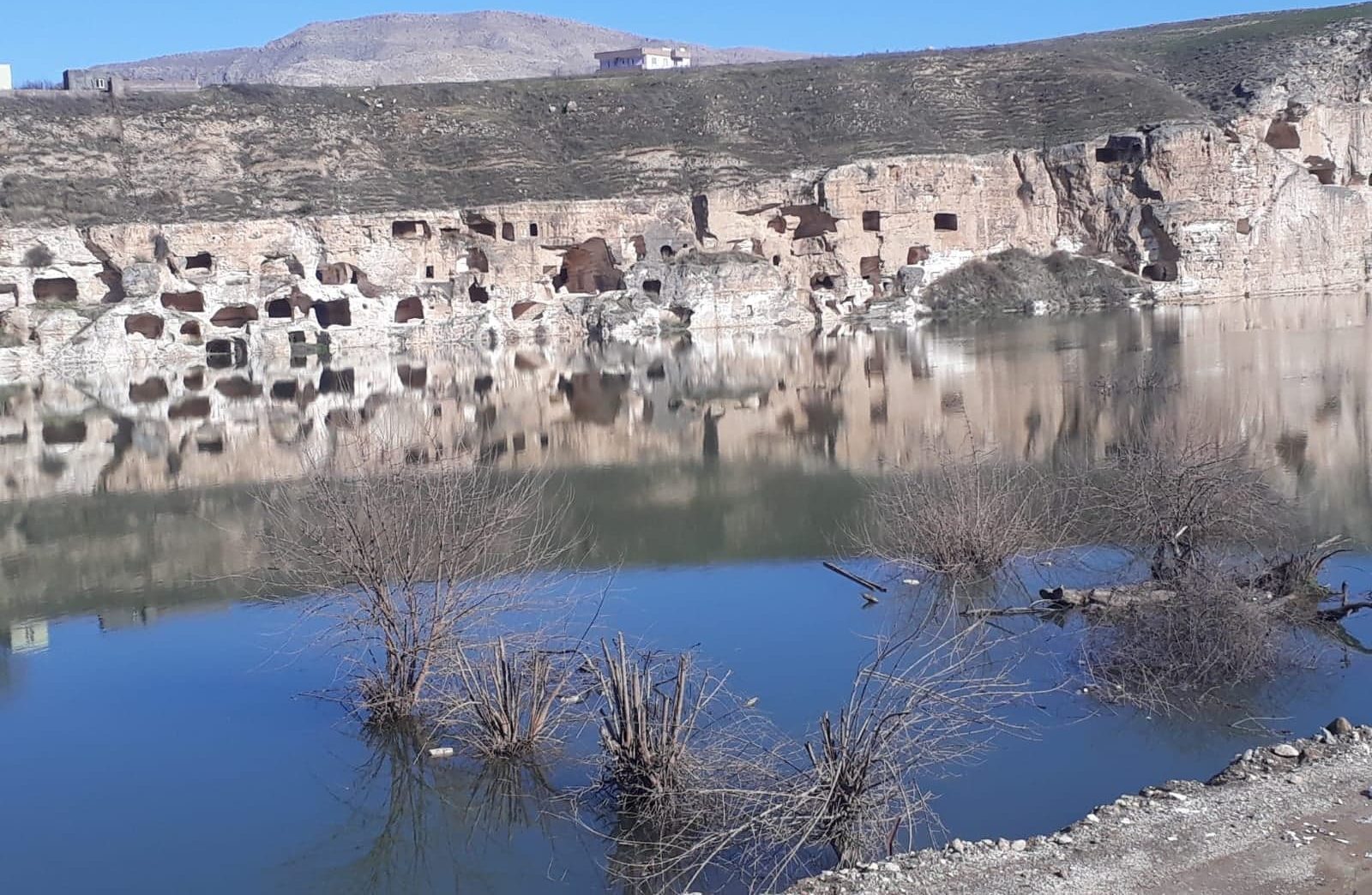 The filling of the controversial Ilisu Dam continues despite the ongoing strong critic and protests by the affected communities along the Tigris River and civil society organizations from all over Turkey. Almost two weeks ago the raising dam reservoir has reached the 12,000 years old town Hasankeyf which is one of the most magnificent cultural and natural heritage sites at our planet. The planned “apocalypse” by the Turkish government is becoming slowly reality!

Caught unprepared and uninformed, the residents of the mainly Kurdish populated Tigris Valley are unjustly made to emigrate from their homeland. Many people, especially in the province of Siirt, had to evacuate their villages without taking some of their belongings because the water was rising quickly.

What has been criticised by us and others in the last two decades is happening step by step and displaced people are confronted with impoverishment in the new target settlements. While it is planned to flood 85 villages completely and 124 villages partially, the State Water Management (DSİ) has built only four new settlements, which forces tens of thousands of people to emigrate to Siirt, Batman, Diyarbakır and other big cities with meagre compensation rates. Among them are over ten thousand landless people who have not received any compensation at all. These people are supported by neither the DSİ, nor the trustee-appointed municipalities.

Having approached the district center of Hasankeyf in late December, the water level of the Ilisu Dam has been rising since July. Up to date around 35 villages have been already flooded in the last months. While hundreds of families have been evacuated from Hasankeyf to New Hasankeyf – the resettlement site 2 km in the north – one by one since August 2019, in the last 2 months 40 families still lived in Old Hasankeyf as they have become homeless and do not know where they will bring their animals. They had access to only one tea house and a grocery store. Given water only for one hour a day, the families staying in Hasankeyf are now facing enforced displacement. Their number is now decreasing with the entering into the city.

When the historical bazaar was demolished with construction equipment in November, Hasankeyf received another blow. With the demolition of the bazaar, structures going back two thousand years were uncovered. The ‘rescue excavation’ undertaken by the Ministry of Culture for these structures sparked criticisms.

Construction equipment keeps damaging historical fabric in other sites and the 80 meter high barrier set up around Hasankeyf Castle and constituting a crime in terms of landscape keeps on rising.

The people who have moved to New Hasankeyf are not content with their situation. As tourists come neither to old nor to new Hasankeyf, thousands of people have significantly less income and are faced with the risk of becoming unemployed. In addition to financial difficulties, another important problem in New Hasankeyf is that the water coming from the tap is undrinkable. That is why daily many people transport drinkable water from Hasankeyf to New Hasankeyf. While the people of Hasankeyf used to live in and with water, they now have difficulties in accessing potable water. If people are not provided with job opportunities and if the problem of drinking water persists, people will likely have to emigrate from New Hasankeyf as well. If this happens, the vast majority of New Hasankeyf’s population will not consist of local people. The people of Hasankeyf are now against the Ilısu Project more than ever before.

We can stop it despite everything

The directly affected people from Hasankeyf and the 199 villages raise their criticisms more than ever against the Ilisu Project as they experience the expected disastrous social, cultural and ecological impacts. Almost the whole society in the affected provinces in the Tigris basin consider this project of destruction, exploitation and domination as a big loss and oppression.

We can stop the apocalypse that has unfolded in the Tigris Valley despite all the destruction that has been brought about. We are not tired of repeating that it is never too late for Hasankeyf and the Tigris River. No matter at what point we abandon the Ilısu Project, it will be to the benefit of us and the next generations!

In 2019 in Turkey, groups more diverse than ever before stood up against the Ilısu project and indicated that Hasankeyf had to be saved. This reaction should be prompted again by every person and organization and the government should be requested to stop filling the Ilısu Dam. It is urgent, we have no time to lose!

IT IS NOT TOO LATE FOR HASANKEYF AND THE TIGRIS RIVER!

Remarks:
1) This is a link showing the first days of the reaching dam reservoir in Hasankeyf: https://www.youtube.com/watch?v=QXAjqW-M7s4&feature=youtu.be
2) At the website you can find more pictures which you can use by citing the Hasankeyf Coordination or the Initiative to Keep Hasankeyf Alive.
3) You can find this statement at the website of the Initiative to Keep Hasankeyf Alive: http://www.hasankeyfgirisimi.net/?p=1426

17.01.2020, Hasankeyf Coordination (Initiative to Keep Hasankeyf is part of it)