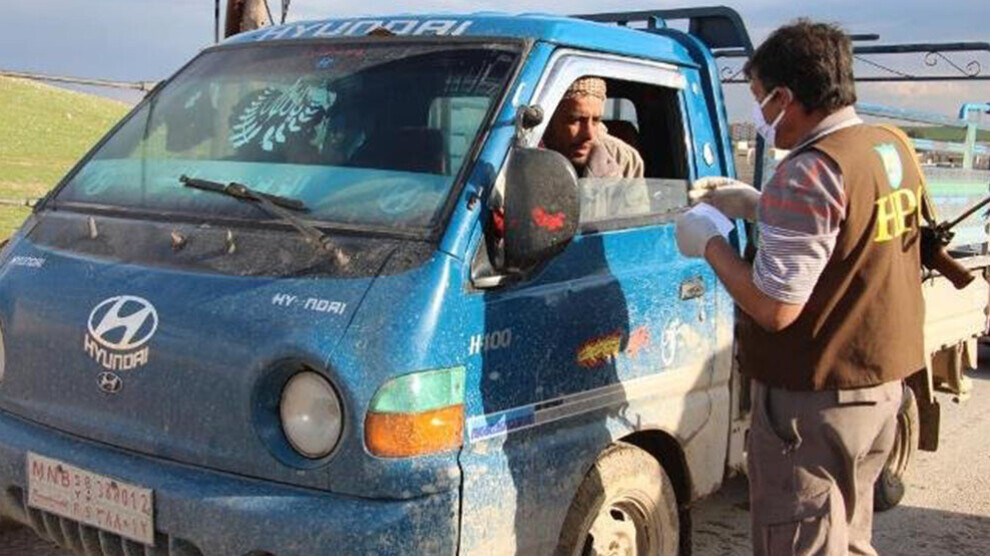 The Social Defense Forces (HPC) have been an important expression of radical democratic self-organization in Rojava and northern Syria since 2015. They are the democratic counter-model to state security forces.

The Social Defense Forces (Hêzên Parastina Civakî, HPC) were established in 2015 and quickly spread throughout the self-administered areas of northern and eastern Syria. The HPC model revolutionized the development of democratic public security institutions. Instead of being affiliated with a state and only claiming to serve society, they come from society and are controlled by its direct democratic institutions. They are not subordinate to any ministry, but act locally and are under the control of the defense commissions of the communes. The communes are the smallest self-governing units and consist of representatives from 50 to 300 households. They are not only the smallest units, but the units in which the greatest power is to be concentrated. Most of the tasks that state institutions assumed before the revolution have fallen to the communes, including public security. Not only did the HPC play an important role in the fight against ISIS, they also intervene in incursions and conflicts and have their own autonomous women’s force, the HPC-Jin. In order to anchor the social defense forces even more deeply, permanent information work takes place.

The ANHA news agency, based in northern Syria, spoke with representatives of the HPC and HPC-Jin in Dirbêsiyê in Rojava. Nûra Mihemed from the HPC-Jin stated: “We defend Dirbêsiyê and all the villages connected to it. We will continue to protect the peoples from the aggressive policies of the Turkish state in the region and overcome the plots against the people. We will train everyone on weapons. Everyone must develop the ability to defend themselves in order to ensure the safety of their own lives and property. Self-defense is the most important achievement of the revolution. Everyone must be aware of this.”

Îmad Biro from the HPC management said: “Our region is going through a delicate phase. We will inform the public regarding the Turkish state’s attacks on the region’s achievements. We will protect the democratic nation and self-government.”