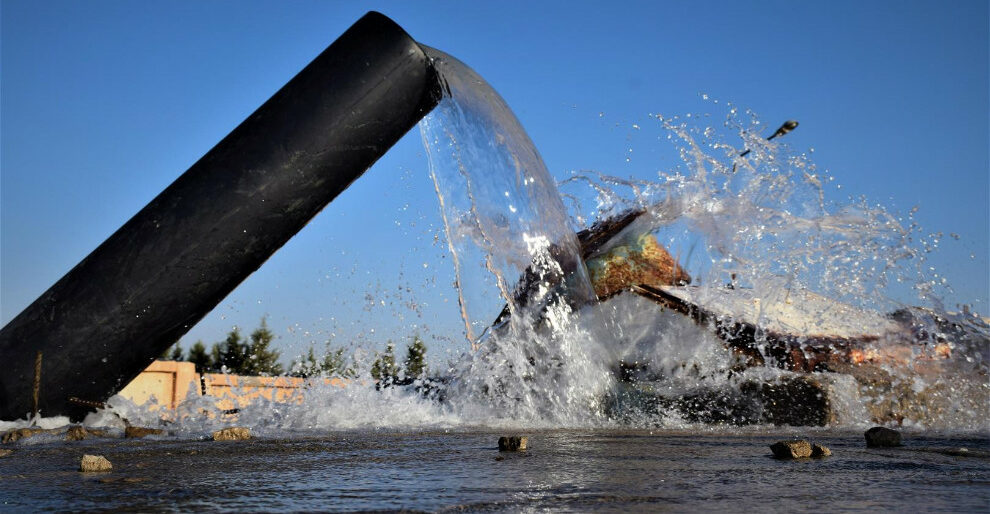 Hesekê Water Directorate began a water well digging project to counter the interruption in service caused by Turkey and its mercenaries.

After the invasion of Serêkaniyê the Turkish state and its mercenaries interrupted the activity of the Elok Water Station, which provided water to hundreds of thousands of people in Hesekê and its surroundings, at least 8 times.

Hesekê Water Directorate began a water well digging project, which it called the Hime Project to counter the interruption of supply and meet the needs of people.

The project aims at drilling 50 wells: 5 of them have been put into service at the beginning of August, while work continued in 20 wells.

Hesekê Water Directorate co-chair, Sozdar Ehmed, told ANHA that a total of 25 water wells, each with a water production capacity of 20 cubic meters per hour, will be put into service.