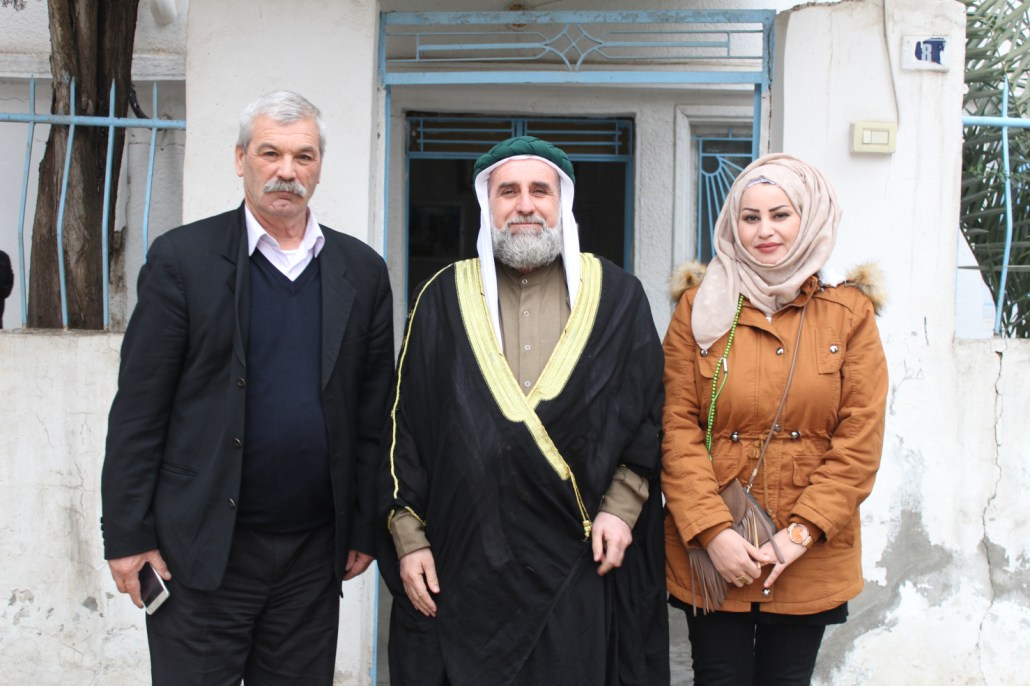 The Autonomous Administration’s secular position on religion is laid out in the Social Contract, the founding document of the Democratic Federation of North and East Syria. The Social Contract states that public affairs are not to be conducted on the basis of religious beliefs nor on the basis of familial or tribal culture, while simultaneously recognizing religious institutions and the right of every citizen to practice religious beliefs. There are a number of Autonomous Administration initiatives at work to put these principles into practice.

The Religious Assembly was established during the declaration of autonomy of Rojava, in 2014 by members of the local Christian community, the Yazidi House and the Union of Muslim Believers. It is part of the Tev-Dem, the umbrella organization that gathers all the civil organizations of North and East Syria. The Assembly works to promote interfaith harmony and understanding, organizing social and institutional visits between members of different faiths, delivering educational programs on faith and mutual understanding, including in communities liberated from ISIS, and appearing regularly on local TV and radio networks to discuss faith matters.

The Religion and Beliefs Office began its work at the same time as the Religious Assembly, but as part of the executive body. Nowadays it is a part of the Autonomous Administration. Sheikh Qadri, co-chair of the Religion and Beliefs Office and also one of the founders of the Religious Assembly, tells RIC that the Assembly “promotes respect between religions, for example encouraging members of the different communities to join the holy celebrations of other communities, such as Ramadan (a Muslim celebration), Easter (Christian) or Çarsema Sor (Yazidi).”

“I searched throughout all over the world and humanity, but I never before saw something like this, where Yazidis, Muslims and Christians sit together. I want to tell you something, from my heart: today, I am a Yazidi, but I place our holy books next to the holy Koran, and embrace both of them. You will see nothing like this anywhere else.” – Sheikh Qember/Mendim, Yazidi religious leader

In 2019, the Academy for Democratic Islam was created by members of the Religious Assembly, with the aim of promoting mixture and exchange between religions and beliefs. A committee was created to train mullahs [Islamic religious teachers] over the course of two years. Graduates will deliver sermons in local mosques and promote a new religious culture, described by Sheikh Qadri as a model of a gentler Islam in opposition to the ‘hard’ Islam of ISIS.

“Our military forces have succeeded in defeating ISIS, but their ideology and way of thinking remains. We want this mentality to be cleansed from our lands as well, and achieve an ideological victory also,” Sheikh Qadri says.

In North and East Syria, Muslim women in general, and Arab women in particular, are particularly at risk of hardship and the denial of their human rights as a result of cultural practices linked to Islam. These include honor killings, domestic violence, forced marriage, and restriction to domestic labor in the home.

“The existence of this system is something with great value and significance. Because as women, our voices are heard, we can express ourselves and declare our truth.”

Seher, member of the Religious Assembly of North and East Syria

Women in the Religious Assembly, along with colleagues from the Waqfa Jin (Women’s Institute), work to specifically tackle these issues among women. More broadly, much of the work of the women’s movement in North and East Syria is concerned with tackling misogyny and gender-based violence and oppression among Muslim communities. You can see [the RIC] dossier “Beyond the frontlines” for a fuller overview of the political and civil society institutions at work in this area, and see below for a look at the role and position of women in political parties, military forces and civil society institutions associated with the various minority religious and ethnic groups.

Read more on the protection of religious minorities in North and East Syria in [the RIC] report.