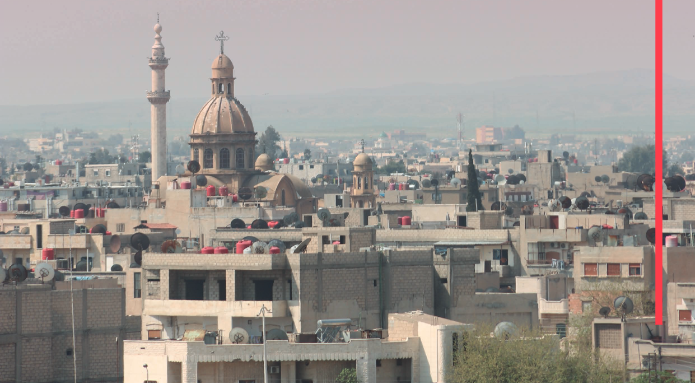 North and East Syria is both religiously and ethnically diverse. It is inhabited not only by (primarily Sunni Muslim) Arabs and Kurds, but also by Syriac-Assyrian Christians, Armenian Christians, Turkmen, Circassian, Alevi, Yezidi, Nawar and Chechen minorities.

The Christian and Yezidi minorities, in particular, experienced historic marginalization at the hands of the Assad government. These vulnerable communities then suffered violent attacks in some instances amounting to genocide at the hands of ISIS and other radical jihadist groups. Turkey’s 2018 and 2019 invasions and occupations of the region have resulted in forcible demographic change targeting Christians and Yezidis alongside Kurds.

The outbreak of war in 2011 and subsequent establishment of the Autonomous Administration of North and East Syria (AANES) provided an opportunity for all of these minorities to establish their own civil organizations, political parties and military forces, often for the first time, as well as obtain guaranteed representation in political structures to represent their communities’ interests. The AANES enshrines religious and ethnic minorities’ right to practice their culture and beliefs freely, openly and autonomously as a fundamental aspect of its political project.

This aim has to some extent been realized, though in some instances minority groups have also experienced disagreements with the AANES. This report will give an overview of the history and present-day political, military and civil-society organization of religious and ethnic minority groups in the north-east. Primarily drawing on primary interviews, it will also provide a short assessment of the extent to which these groups have participated in the political process in the north-east, the disputes they have had with the AANES and how these have been resolved, and their prospects for survival in the 21st century.

Subsequent to [the RIC] report ‘Beyond the Frontlines’, which gave an overview of the unique political system being put into place in North and East Syria, we also wished to explore in more depth to what extent this model has been able to bring peace and stability to religious and ethnic minorities that have been prosecuted and repressed for hundreds, or even thousands, of years, in the context of a conflict which has often precipitated violence, prejudice and even genocide against these communities.

The report is based on over 30 interviews with members of the various minority religious and ethnic groups resident in North and East Syria. The bulk of these interviews were conducted with representatives of political structures, civil society organizations, religious leaders and members of civil defense institutions – both autonomous structures affiliated to a particular religious or ethnic group, and members of these groups who are participating in broader umbrella structures on the level of North and East Syria as a whole. The report also draws on interviews with internally displaced people (IDPs) from the relevant minority groups.

The report closes with policy recommendations for international actors seeking to ensure a safe future for Syria’s religious and ethnic minorities.

Download the full report here. Press can also contact Rojava Information Center for more information and support in contacting representatives of North and East Syria’s Christians, Yezidis and other minority groups, and hearing their stories.