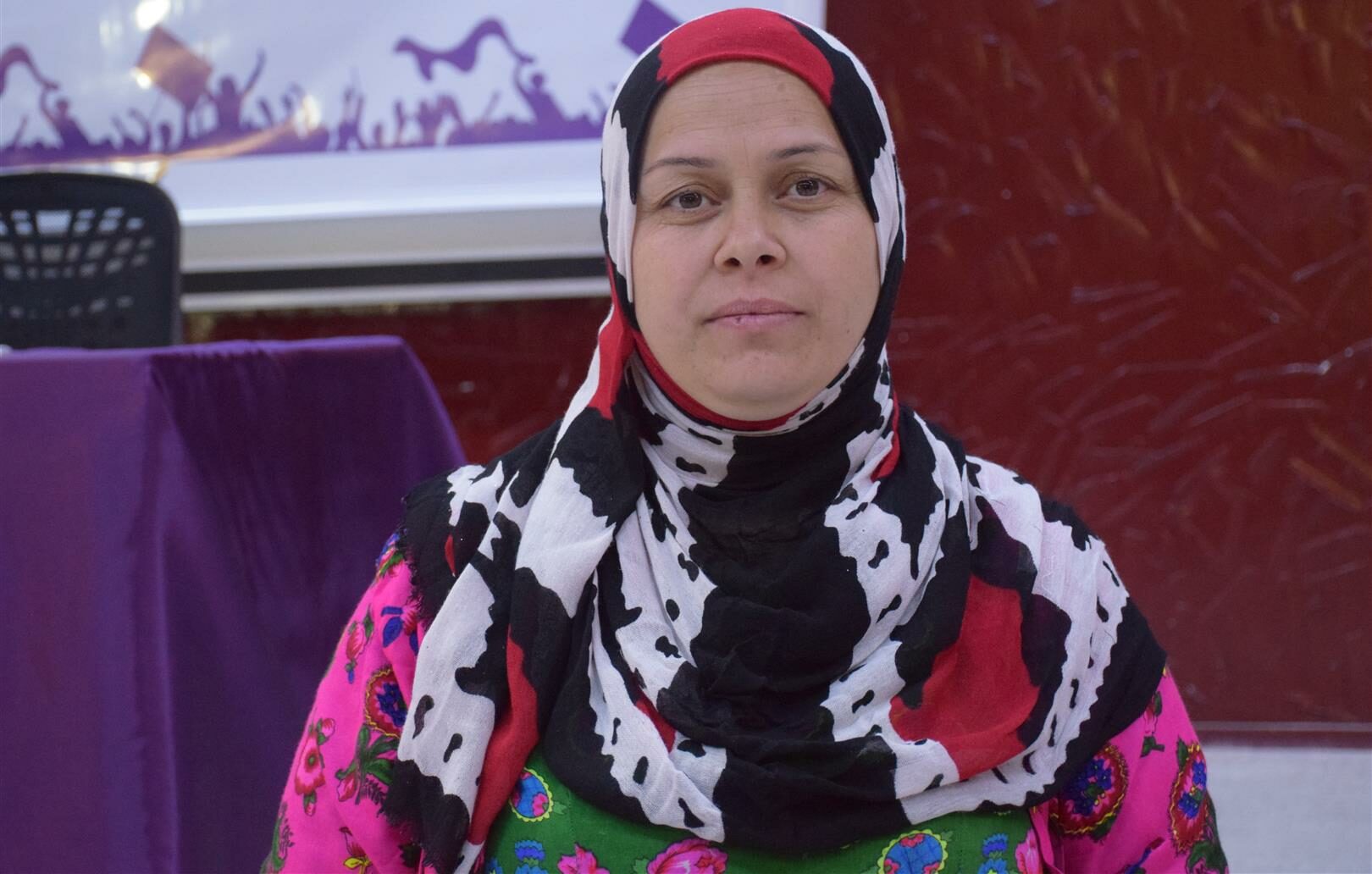 After the conference, the Administrator of the Women’s Economics Committee said that women’s economy always seeks to open horizons and spaces for women to develop their economy and create social solidarity work among women.

The activities of the second conference on the economy of women in northern and eastern Syria which started this morning [21 September 2020] will continue with the presence of 80 delegates.

The conference focuses on addressing the difficulties and obstacles that faced the women’s economy in recent years, and the co-operative projects and societies that contributed to creating job opportunities, developing women’s economy, and benefiting society.

Regarding the conference and its objectives, Ghalia Najjar, the Administrator of the Women’s Economics Committee in North and East Syria said: “The women’s economy always seeks to open horizons and spaces for women to develop their economy and their involvement in projects to develop the societal economy.

Ghalia Najjar pointed out that societal economic associations in northern and eastern Syria contributed to the development of the economy and the creation of collective solidarity work between the members of society and women in order to eliminate the monopoly of some merchants, especially in light of the imposition of a package of sanctions under the name of “Caesar Act” on the Syrian government.

Ghalia Najjar touched on the difficulties and obstacles they have faced during the past years, saying: “We cannot separate the economic and political sphere, women and the economy. When women are able to know themselves in the political field, they will be able to conduct their work in the economic field and strengthen it, after they have been kept away from management, financial independence, and the lack of areas opened for them to develop their economy.”