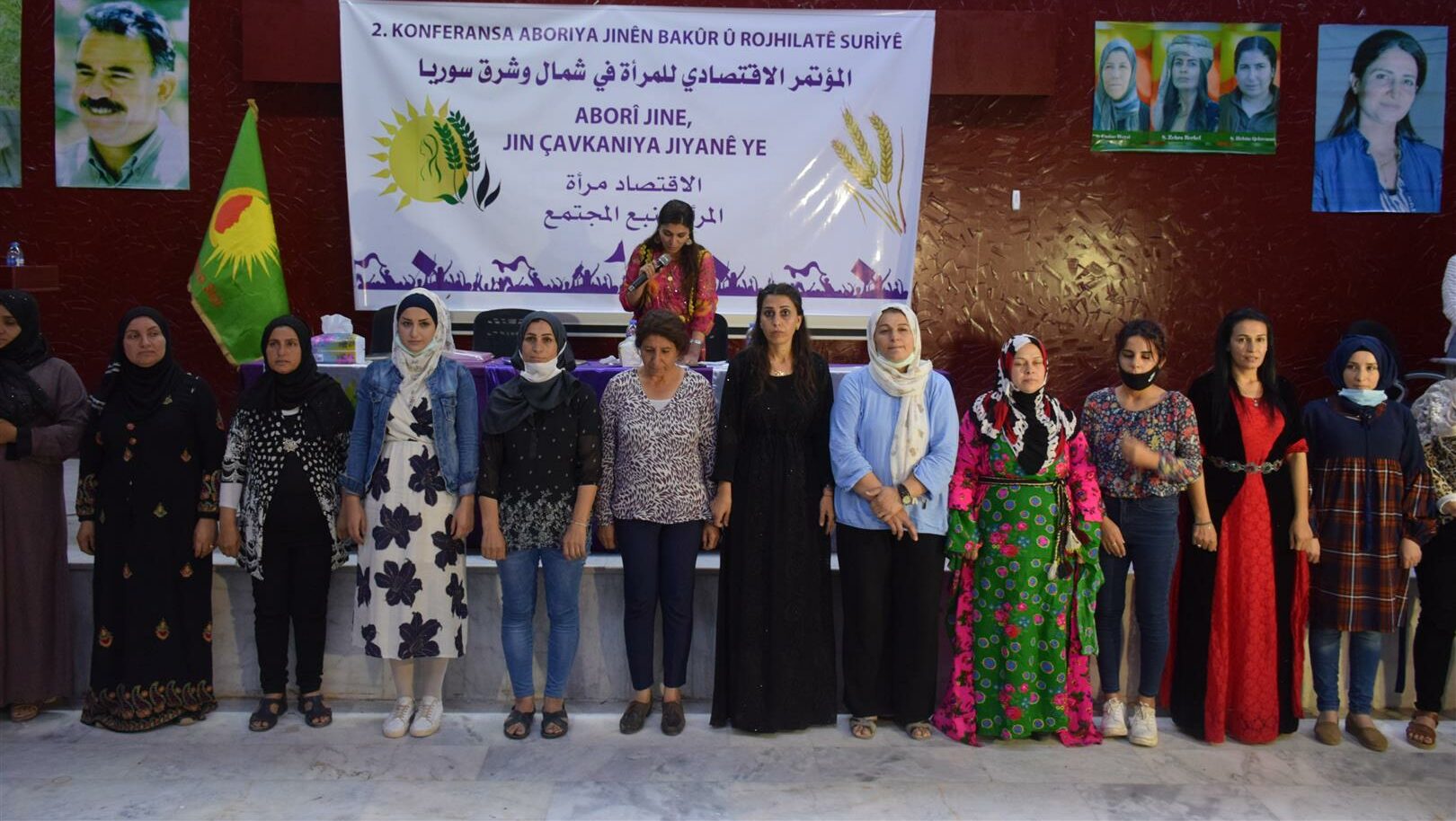 This evening, the work of the second conference on the economy of women in northeastern Syria held at Rojava University in Qamishlo city under the slogan “Economy Is Women, Women Are the Source of Society” concluded with a series of decisions that are in the interest of women and the development of their economy.

80 delegates from northeastern Syria participated in the activities of the conference which was launched this morning [21 September 2020], and the activities included a cinematic presentation for the leader Abdullah Ocalan, talking about the women’s movement. The presentation included pictures of women working in the lands and the role of women in the economy, by presenting the most prominent economic works of women through the meetings and movements that they undertook to empower themselves economically.

There were documented videos of women’s work in the economy through their work in bakeries, agriculture, cotton and vegetable harvesting, seasonal harvesting, caring for livestock and celebrating their successes.

This was followed by the reading of the annual report on the work of women’s economy for a period of two years, and then the discussion was opened to the attendees who made a number of proposals about the organizational situation, the most prominent of which was the preparation of a women’s bag factory and the establishment of a theme park in which women work in Kobane. In Deir ez-Zor, a number of projects were proposed; nursing courses and a computer training center for women, in addition to a bulgur factory and the economic empowerment of Afrin women, given that their economic role is still weak.

The participants also noted that the women’s economy faces many obstacles due to the lack of experts in economics on the one hand, and on the other hand, that women have not reached full self-sufficiency yet due to the existence of despotic regimes that still dominate the economy.

They also added that women still suffer from deficiencies in economic terms and that they are still under the influence of the authoritarian mentality that has been practiced on them since hundreds of years, and that they are facing difficulties during the current period, especially after the imposition of the Caesar Act on the Syrian regime, which negatively affected the country’s economy.

Then the names of the administrators who were selected in the districts and cantons in the three regions were read, and they in turn swore to continue working with diligence and perseverance.

The conference activities concluded with reading the work paper by the Administrator at the Kongra Star Media Serkhboun, which included the approval of several projects to work on them, namely: