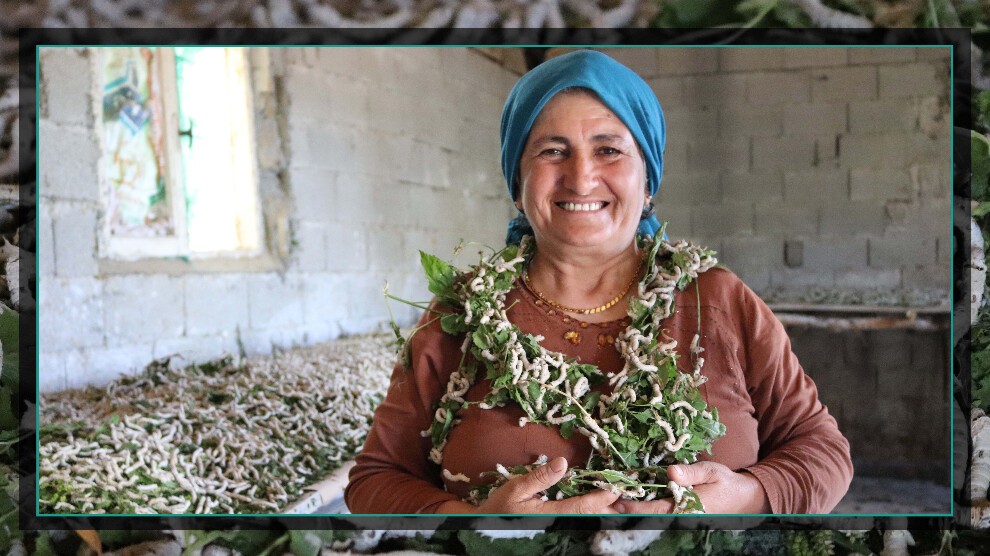 While the silk produced in the district meets 10 percent of Turkey’s needs, silkworms are a source of livelihood for the people of the district. Most silkworm producers are women in the district. Once the silkworms have spun their cocoon, they will eventually enclose themselves inside it and then it is time to extract the silk threads. The silkworms are killed by placing the cocoons into boiling water in order to soften and dissolve the gum that is holding the cocoon together. Thus, silk is produced.

Cocoons will be collected 10 days later

Stating that they begin to work hard on the 10th day of the silkworms’ fourth sleep, Sevda Eren said, “After their last sleep, we do everything necessary to turn them into cocoons and collect them. Then, we sell them. Before, the buyers gave money directly but now we do not get our money after we sell them. We sell the cocoon in June but get our money in the beginning of January.”

“The state should support us”