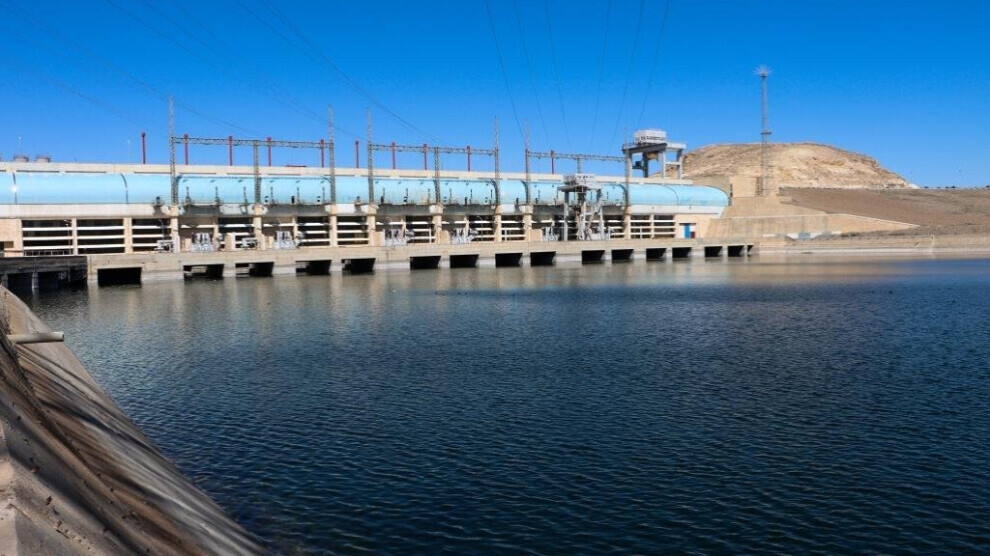 As the Turkish government continues to block the flow of Syria’s water share in the Euphrates river for a second consecutive year, giving Syria only 200 cubic metres or less of water in some days and months instead of releasing 500 cubic metres as agreed between Syria and Turkey, and in light of the decline in water level, the Raqqa Agriculture Authority has called on farmers to resort to a new agricultural plan, which is to cultivate 25% of the land area of yellow maize.

Blocking of the flow of Syria’s water share in the Euphrates River, which is the major source of water for drinking, irrigation and generating electricity, has also caused the degradation of livestock and agriculture on the banks of the Euphrates River.

The Syrian Observatory for Human Rights (SOHR) renewed their warning of an environmental catastrophe threatening food security in the Cizire region and humanitarian crises which pose a threat to nearly two million and a half people in different areas in Raqqa, Heseke, Deir ez-Zor and Kobanê.

The Turkish water seizure and subsequent drought of Euphrates River water in Deir Ezzor and other areas in north and east Syria have led to water pollution and the spread of rubbish on large spaces of the river, while the residents living in areas near the river are concerned about a looming disaster.

The decreased level of Euphrates River water threatens the summer crops which are irrigated with the river’s water in north-east Syria region, particularly in Deir ez-Zor.

In this context, the official responsible for water affairs in Deir ez-Zor commented on the issue of the decreased water level in the Euphrates River, warning against a looming disaster. The official told SOHR, “Problems have been detected in water stations and other problems which have affected farmlands and livestock. Four water stations on the western line have been put out of service. These are Al-Kebar station, a grand station providing five villages with water supplies, Al-Saghir station and Al-Sa’wa station. People in these areas are struggling with the recent low level of water, as they need to buy water tanks for high prices, let alone the increasing pollution of the river’s water.”

The official also pointed out that the drought has badly impacted crops, especially summer crops such as vegetables and cotton, as they need water at this time of the season in order to ripen. The official has also appealed to the United Nations and humanitarian organisations to put an end to violations by Turkey which have deliberately blocked the flow of Syria’s water share in the Euphrates River and to exert diligent efforts to solve this social, humanitarian and economic issue.

On the other hand, a 54-year-old farmer known as Taha Al-Ahmed from Deir Ezzor countryside told SOHR, “the decreased water level affects us greatly, as we live on farming, and we rely on the Euphrates river water for irrigation. If there was no water, we would not have settled in this region for ages. This season, wheat did not grow as we could not provide it with the needed amounts of water in the wake of the current crisis.”