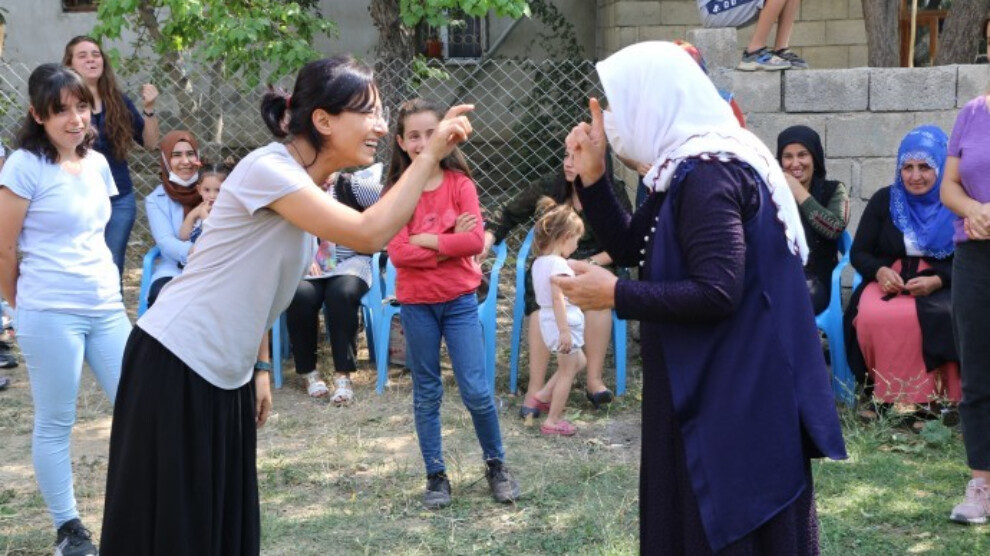 New decisions were taken in the women’s meeting organized by the Free Women’s Movement (Tevgera Jinên Azad-TJA) on 21 September, in Van. TJA activist Edibe Babur talked to Mezopatamya Agency (MA) about the various actions and activities they will organize in the districts and neighborhoods of the city for the next one year.

Babur said that because of the coronavirus pandemic the plans they had for last year were disrupted and added that they will meet with women more often from now on. Babur said that women’s work continues in the city even under pandemic conditions, and added: “We did not interrupt our dialogue with women. We had a busy work in the last month. We held a women’s meeting a few days ago. Our women’s meeting went very well for us. It was meaningful to come together to expose the problems experienced in our city, to develop solutions from a women’s point of view and to solve women’s problems. Women of all ages took part in this meeting. Women had expectations from us. We took their suggestions.”

During the meeting, Babur talked about the increase in violence against women, femicides, suicide and suspicious deaths in the city, and said that they prepared an action plan to prevent this situation. She added that the main decisions taken at the women’s meeting were the fight against violence, organizing workshops on gender, campaigns on mother tongue, meeting with women in solidarity with refugee women, actions and activities against special war policies. Babur also said that co-operatives will be established for women.

Workshops in the neighborhoods

Babur said that workshops will be held in the neighborhoods in the new period of actions and events. “We will organise all kinds of visual and handicrafts workshops. The most important will be the one on jineology studies. If a woman has a problem in any house or neighborhood, we will talk to the woman there and show that she is not alone. The purpose of holding neighborhood workshops is to come together with women and listen to their problems. We aim to increase women’s organization by focusing on workshops in the neighborhoods.”

Babur continued: “Women are the only subject that can create courage in this country. The AKP government wants to eliminate the existence of women. It is trying to keep women at home. This was exactly the situation we came across at our women’s meeting. Women were telling us that their husbands wouldn’t let them go out alone. The AKP is trying to impose this situation saying that there is no security. By realizing our own self-defense and self-power as women, we will try to break that.”

Babur said that the TJA aims at establishing women’s cooperatives in the districts of the city in the next year. “We aim at bringing women together with the cooperatives we will implement. We want the cooperative spirit to be strengthened and women to come together and produce. We can only achieve a strong women’s organization and awareness by coming together.”