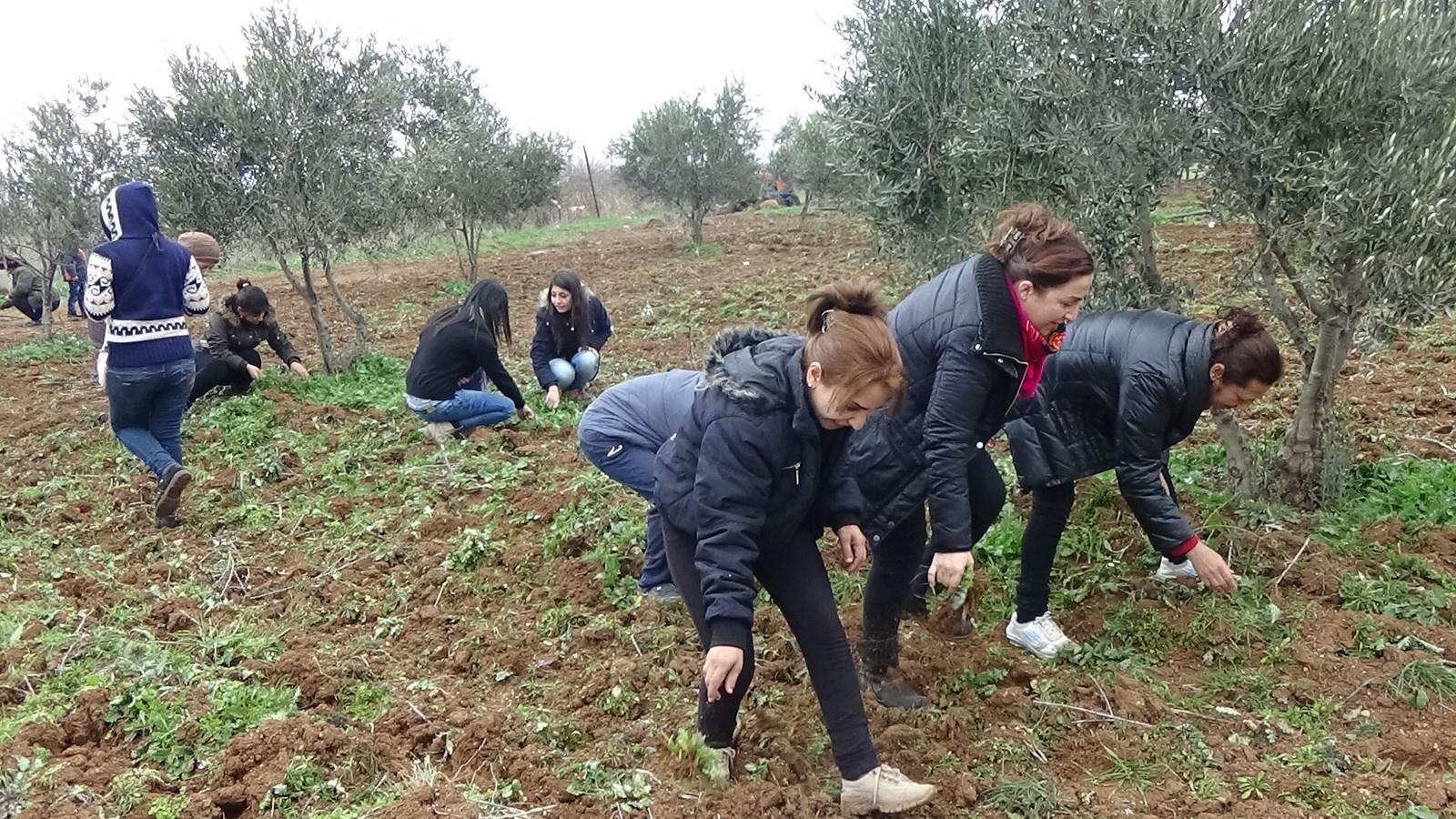 The first women’s agricultural cooperative society has been formed in the area of Cindirêsê [Jandairis / Jandires / Cindarisa] in Afrîn [Afrin / Efrîn‎], with the participation of twelve members from Kongreya Star, the communes and civil society in the area.

As part of their effort to develop a women’s economy, members of Kongreya Star set up the first women’s coop with twelve members in the area of Cindirêsê in the Afrîn Canton, with the help of the communes and members of civil society.

Every member contributed with 25,000 SYP. The cooperative planted lentils on five hectares of agricultural land in the village of Tal Salur in the area of Cindirêsê.

A ton of lentil seeds has been bought with the collected money, in addition to organic fertiliser.

The harvest will be distributed to the members of the project.

According to Cankin Hasan, a member of of Kongreya Star in Cindirêsê, the goal of the project is to activate the women’s economic committees, develop self-reliance amidst the siege imposed on the region, and to encourage agriculture, which is the most important asset of the whole region.

Itar Aziz, a member of Kongreya Star’s Economic Committee in the area, called upon all the women to work in agriculture, and to rely on themselves to improve the women’s communal economy, which is the basis of life in natural society.