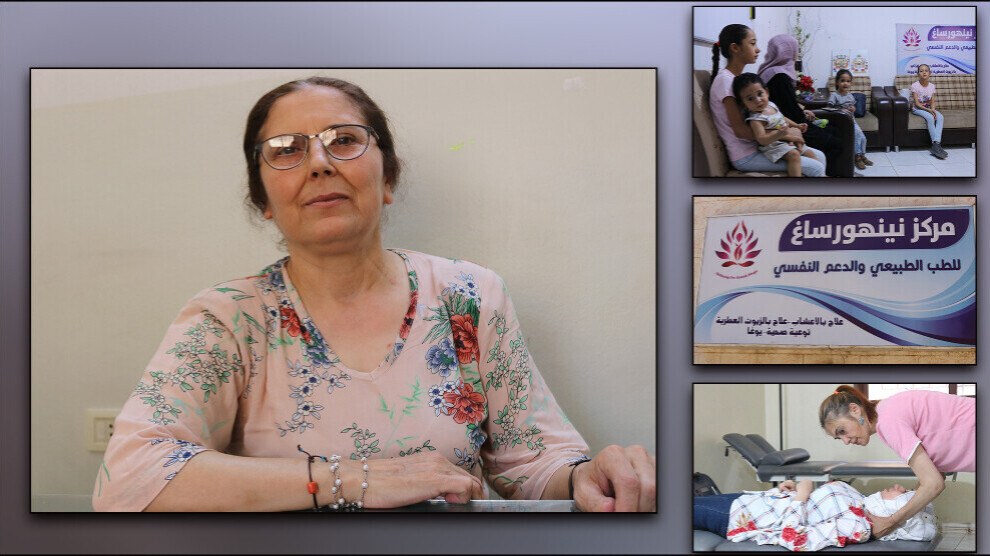 Several women established a health center named “Ninhursag” in NE Syria’s Qamishlo city. The center director Şêrîn Welat said that their aim is to promote herbal medicine in order to make their people trust in their own strength.

Although doctors have made incredible advances in science and various fields, chemical drugs have a negative effect on people unlike alternative medicine or natural medicine. Because of their natural base, herbal remedies do not have many of the side effects of chemical products. Herbal remedies are those with active ingredients made from plant parts, such as leaves, roots or flowers. As it is known, women were the first goddesses of healing. They were creative in every sphere of life. Şêrîn Welat, a researcher, herbalist and energy healer, established the Ninhursag Natural Health Center in the Qamishlo city of North and East Syria on June 28 along with several women. NuJINHA spoke to her about the activities of the center.

“I want to publish my research”

Speaking about how she decided to establish the center, Şêrîn Welat told us that the idea of establishment of such a center was developed in 2015 in order to promote herbal medicine.

“Afrin is a region where alternative medicine is common”

Indicating that there are many medicinal plants in the Afrin region, she said, “Afrin is a region where alternative medicine is common.  There are still many herb plants in the region. I saw how the diseases that could not be treated by modern medicine were treated by using herbal remedies in the region. The people share their experiences with each other in order to prevent herbal medicine from disappearing.”

“All segments of society supported our project”

Underlining that all segments of society supported their natural center project, Şêrîn Welat said, “The Autonomous Administration, Women’s Council, Free Women’s Foundation and Health Council also supported our project. The Syrian Women’s Council provided financial support and a space to the center. In addition, the Heyva Sor a Kurd (Kurdish Red Crescent), the Syrian Democratic Council (MSD) and Health Council supported us after we opened the center.”

Stating that their main aim is to prevent herbal medicine from disappearing, Şêrîn Welat called on people to “learn how to heal yourself. We want to teach our people how to heal themselves. Nowadays, people use chemical drugs. We want to make people trust their own strength. Now, the center has four doctors, who use energy healing methods such as herbal and massage therapy, yoga and physiotherapy to treat diseases. We named the center after Ninhursag, known earliest as a nurturing or fertility goddess. It is believed that she is the first doctor in the world, who saved people from death. Her name is very precious and meaningful for us as women.”

“People should trust in their own strength”

Calling on people to trust in their own strength and to be able to heal themselves, Şêrîn Welat said, “We will do our best to benefit our society, to raise awareness of the people. We will hold awareness-raising seminars. Our aim is to open many branches of the center across NE Syria.”