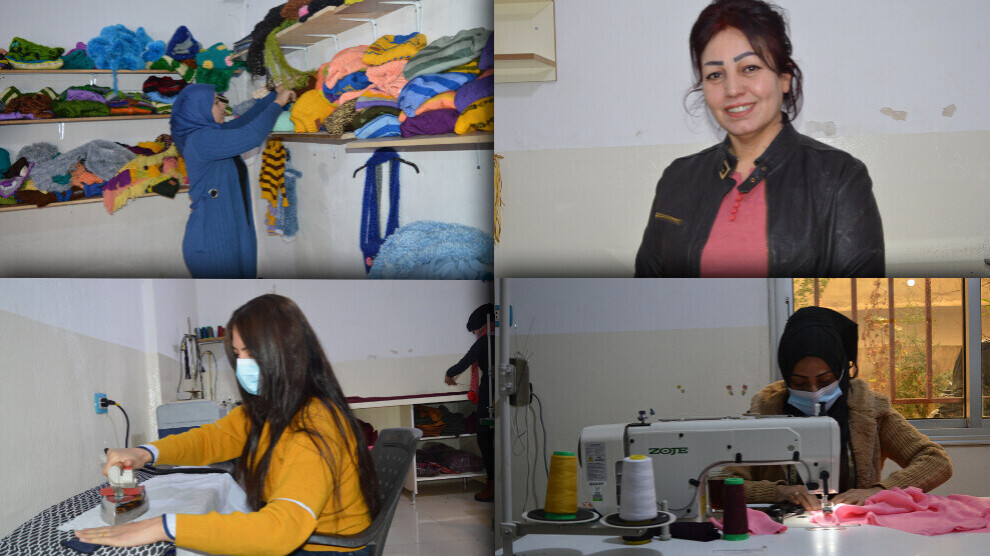 The Turkish state continues to target the infrastructure of cities in its attacks on North and East Syria. Women resisting the attacks continue to develop projects for the future of the region.

In North and East Syria, women lead their society by taking responsibility in all spheres of life. They develop new projects to promote women’s economic empowerment with the aim of the development of the region. One of these projects is the Manêsa sewing workshop developed by the Amal Association. The project aims to create employment opportunities for women.

Women are in all spheres of life

Viyan Elî, one of the women working at the workshop, said, “The women’s revolution took place following the start of the Syrian crisis. Women proved themselves by taking part in politics, military and revolution and proved themselves. And they took successful steps and they still take successful steps. The Manêsa sewing workshop is a project developed by the Amal Association to create employment opportunities for women. Many women work at the workshop to make a living.”

Underlining that women make a living by sewing clothes, Viyan Elî said, “Before the Rojava Revolution, women had no right to life. They were seen as belongings of men. Following the revolution, they became aware of their own existence. Despite clashes and conflicts, women play an important role in rebuilding their cities and towns. For this reason, the Turkish state targets women in its attacks to break the strong will of women. The Manêsa sewing workshop was opened to support women. Despite the ongoing Turkish attacks on our region, we, as women, will stand against the attacks to stand on our own legs.”

‘Women have the power to change’

Speaking about the women’s struggle against the patriarchal/state policies, Viyan Elî said, “Women have a strong will. They can lead their own lives without being dependent on anyone. Despite all crises and problems, women have the power to stand on their own legs and be successful. If women believe in themselves, they can do everything. For this reason, they should organize themselves and support each other. Strong women build strong societies. Women have the power to change their societies. Free women can build free societies.”