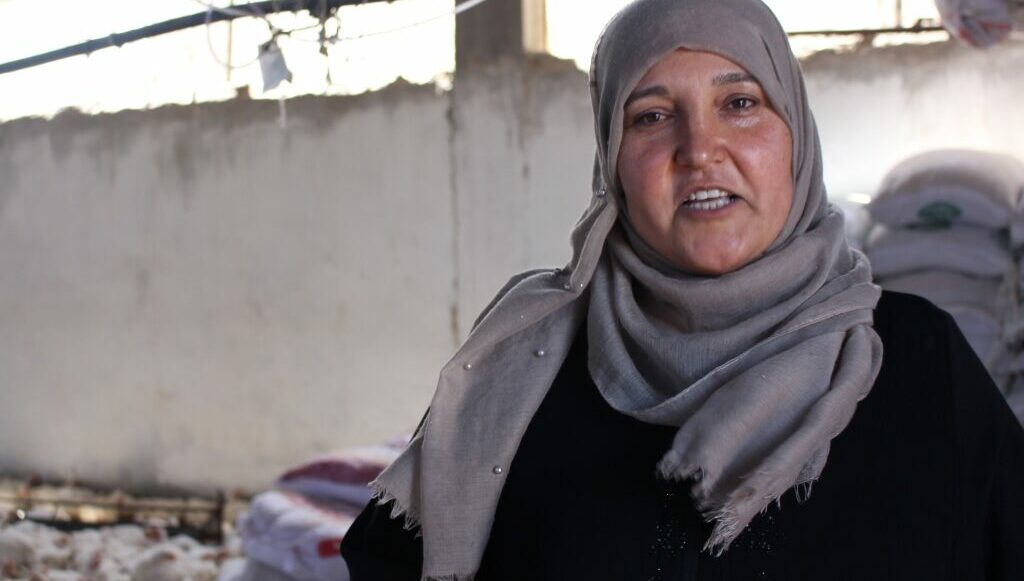 With a view to empowering women and developing themselves economically, the Women’s Committee opened the Women’s Economy Center in Manbij city and its rural areas on 20 November, 2017 as a starting point for launching plans to activate the role of women in the economic sphere, and confirm of [their] basic role and [their] achievements in work at all levels.

Women have the right to acquire their economic and social rights and to be the main course in the management of women’s economic strategy because women are the basis for the formation of society. Since the opening of the Center, [they have] been able to implement two projects:

The Women’s Economy Center opened on 6 March 2018 a restaurant called “al-Rabei“, this project is considered the first step in the development of the women’s economy in Manbij.

This restaurant is the first step for women in Manbij city in the process of economic development, and proving that women are able to work in all fields and can prove themselves and their ability to take control.

Nearly two weeks after the opening of their own restaurant, the Center has opened [a] poultry [farm] on March 23, which is considered one of the most important women’s economic projects to prove themselves in all fields.

The opening of the poultry has also provided dozens of employment opportunities for women and youth in the area, where Aisha Haj Mahmoud works with her husband in the poultry raising and caring [for] it.

“This project provided me and my husband with an opportunity to work after we were unemployed,” says Aisha.

The poultry contains 4,000 chicks and care for 40 days to be ready for marketing. The poultry is under the supervision of a specialist doctor to preserve the chicks’ health.

Aisha noted that the difficulties in the poultry are the high temperature where it requires constant ventilation along with continuous feeding and available water, “The mortality rate among poultries is low, the medicines needed to treat them are available, which makes the project more successful,” she said.

“We aim to open development projects that strengthen the community’s economy and lead to self-sufficiency in the country, as well as job opportunities for the labor force,” said Aisha

“These projects that we have opened are to prove the character of women and [give opportunities to] develop themselves in the management of development and economic projects.”