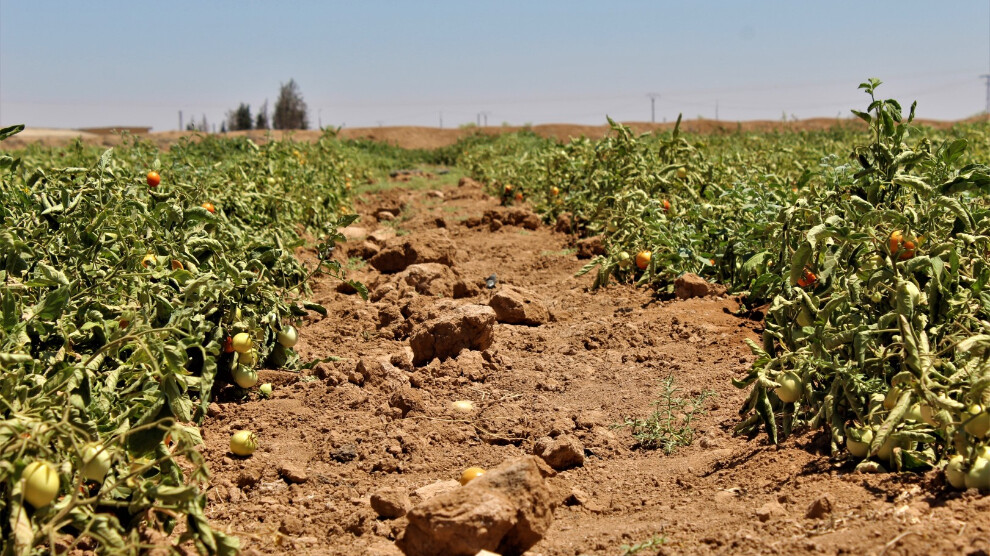 Prices of fundamental products are increasing every day due to embargo imposed by the Damascus government and the Turkish state on Northern and Eastern Syria. Therefore, promoting self-production in the region is a great help to the economy.

Food self-sufficiency of the region is increasing thanks to support for greenhouse projects in Heseke. Nine hangars have been placed in the greenhouse set up on a 5-decare field in Til Temir. The greenhouse produces a lot and the authorities carry on the work to develop this type of project.

Pointing out that weekly production is of 2 tons of tomato and 2 tons of cucumber, Mihemed said that this amount of production meets an important part of the need in the region. He also said that they want to improve the project and add watermelon to the products.

Mihemed called on local people to support this kind of projects and stressed that improving such projects is necessary to provide self-sufficiency in the region.