The capitalist powers which have been trying to enslave simple Kurdish villagers in the factories of big cities have failed to fulfil their goal. However, some of the villagers were able to turn back the clock and live a real rural life, having lost any hope of life in the noisy cities. Some of them returned to their villages, renovated their houses, bought livestock and started to plant some types of crops.

An example of that is Gundik village, located north west of Qamişlo (Al- Qamishli) close to the border of Rojava with Bakur (north Syria and southeastern Turkey). It was full of life in the past, but the people there deserted the village many years ago because of the hard circumstances imposed by the Baath regime on the people of the region, so it became a wasteland and inhabited by no one at all. But now one of its sons, Riyad Şekir with his wife Hadiya Bijo, decided to go back to the place where he was born and rebuild his village. 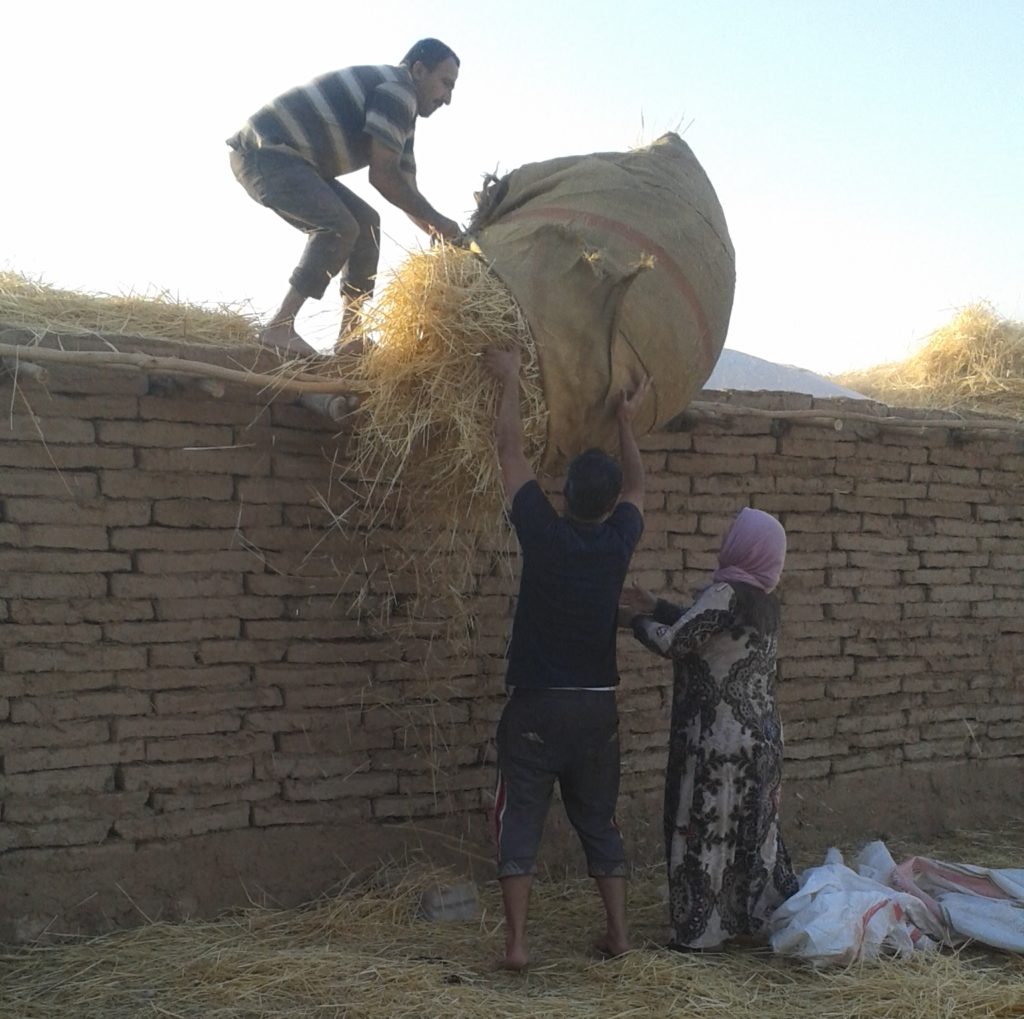 After seeing their insistence and determination in going back to the village, their relatives and friends began to help and co-operate with them. Everyone comes at the weekends or in their free time to help Mr. Şekir in building and making mud bricks (Kelpîç).

Mr. Şekir and Mrs. Hadiya were able to build a nice house of four rooms, a pen, a hen coop, and a barn for storing agricultural produce each harvest.

Mr. Riyad used to work in the concrete on a daily basis, but he decided to stop working for big factories and to depend on himself. He tends toward building a natural self-driven economy without being directed by anyone. Mr. Riyad pointed out that he was sick and tired of being a slave in factories and under the orders of employers.

When we asked him for the reasons behind his return to his village, he responded directly, “I am fed up with working for the big money owners and their exploitation and control over labours’ destiny. I felt offended, for I am an old man and the businessmen wouldn’t respect my elderly age. Nevertheless, I had to work under these difficult circumstances to feed my kids, but now I own myself and feel free. Nature has granted me everything, like tranquillity, peace and comfort, in addition to earning my children’s and my own livelihood. It gives me as much as I work, fairly, without exploitation”. 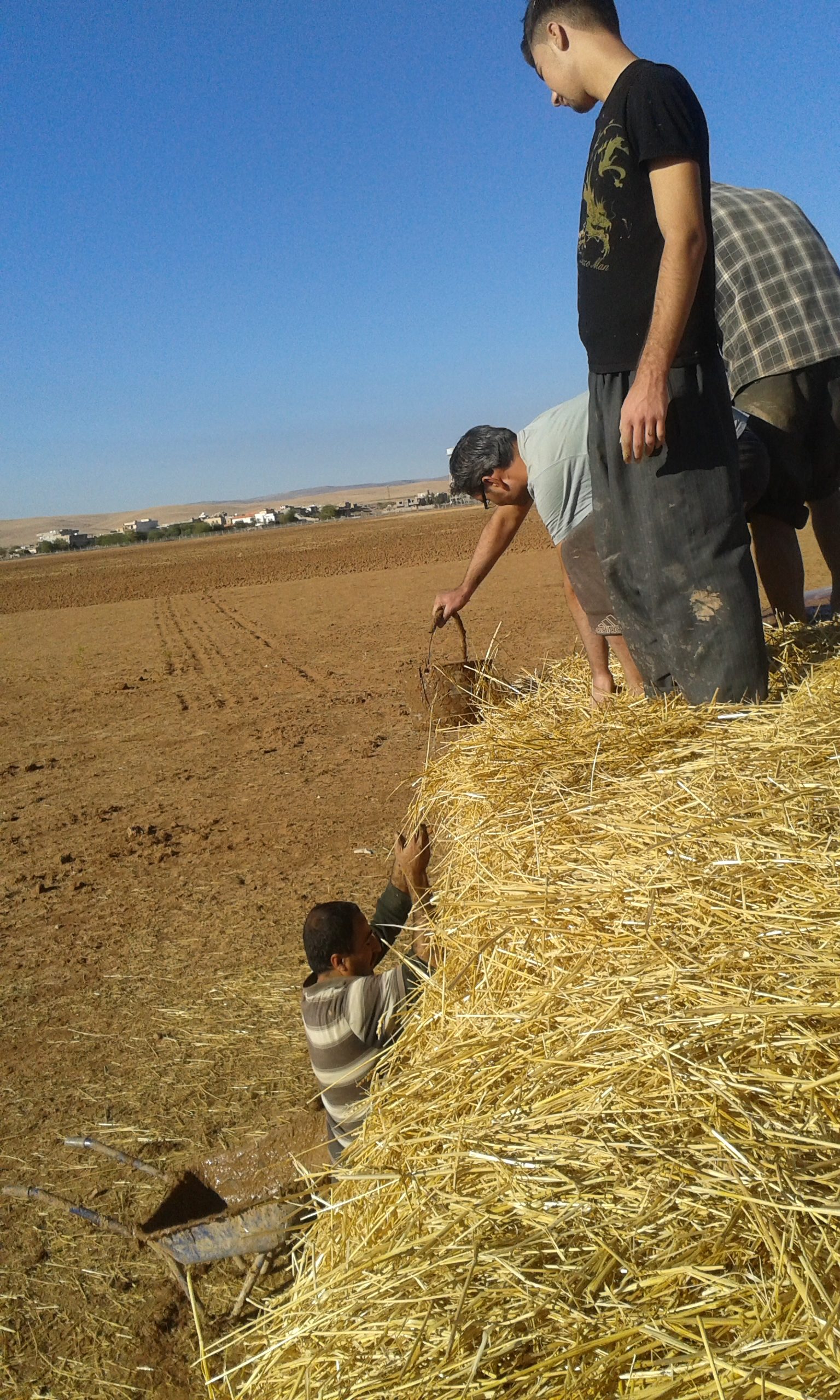 Mr. Şekir adds, “Without the total co-operation and participation of my relatives and friends, I could not build my house, not to forget the great role and support of my wife”.

Mr. Riyad Şekir’s decision to return to his village and rebuild his old home was an incentive to the rest of his relatives, especially his nephews, to follow his example and build houses for themselves in the village in the future. In that way they can work together and establish a co-operative life and develop projects for agriculture and livestock which embrace a better future.

During a day of work helping Mr Riyad and his family we spoke with one of Mr. Şekir’s relatives, and we realised that he is well educated. His name is Mr. Hejar. He said, “Our village is one of the (Bobilan) clan villages; we abandoned it looking for work in cities in addition to some family disputes. Villages for us, as Kurds, are considered cornerstones, or I can say they are the source of our lives. Authorities, especially the capitalists, are always trying to empty villages in order to expand cities, which are, for us, places of assimilation and slavery. For a long time, cities were established for slavery because the authority is more powerful there and could control people easily. However, it is weaker in villages, even the Agha’s power (the person who owns land and everything in villages) were lesser or it does not exist in many villages like ours and the surrounding villages, our villages represented places of liberty. These are the reason behind the return of my uncle and his family”.

Mr Hajar continued, saying, “My cousins and I come here to help my uncle, provide all kinds of support, reconstruct the village and be worthy for this rich and fertile land. For thousands of years, agriculture has been the main prevailing profession here. Therefore, farming is sacred for us. We are all here collaborating to revive our village again. We would like to co-operate as relatives in agriculture on the basis of land division and distribute it between us, but we will all engage in cultivating the land co-operatively to facilitate the agriculture process and share the yields of the crops for all”. 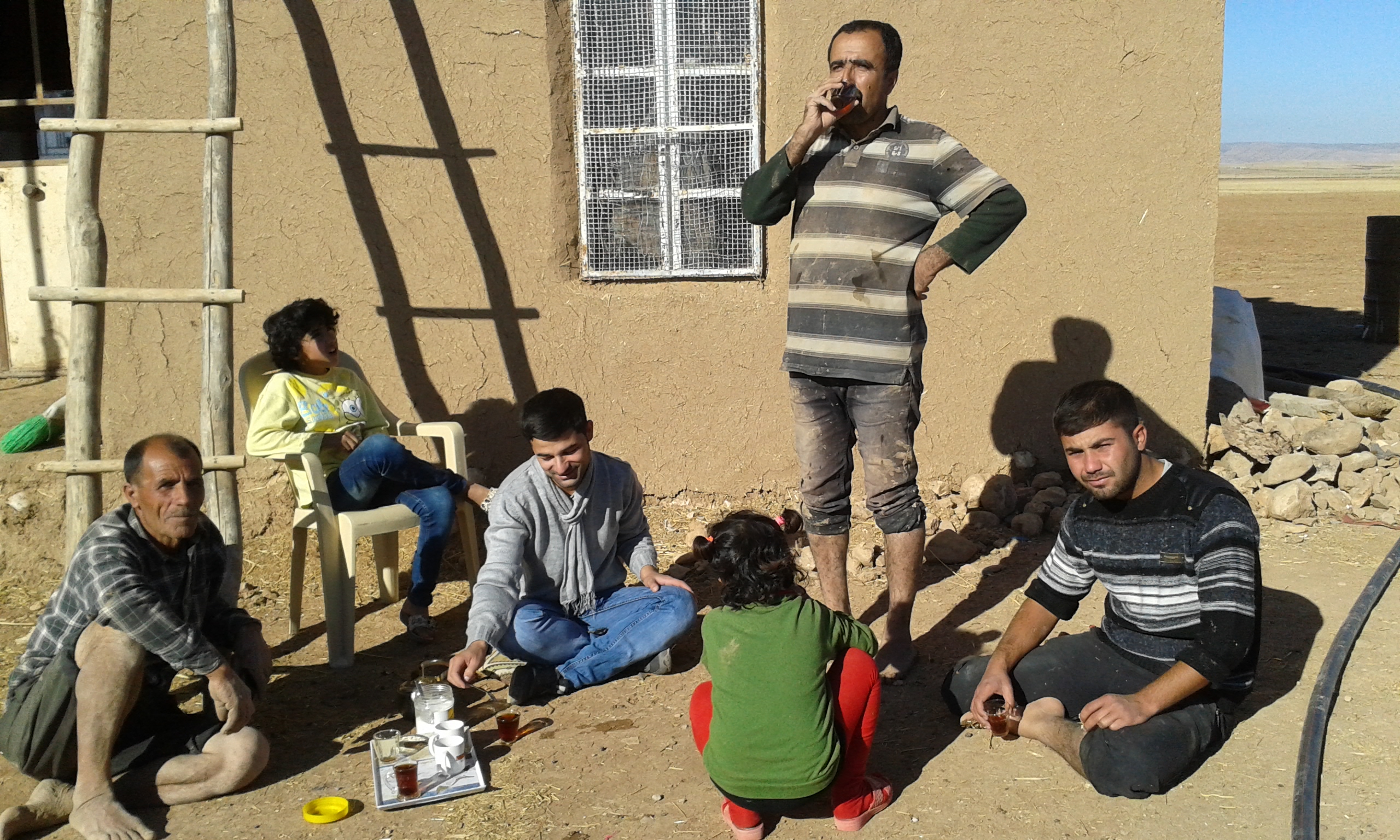