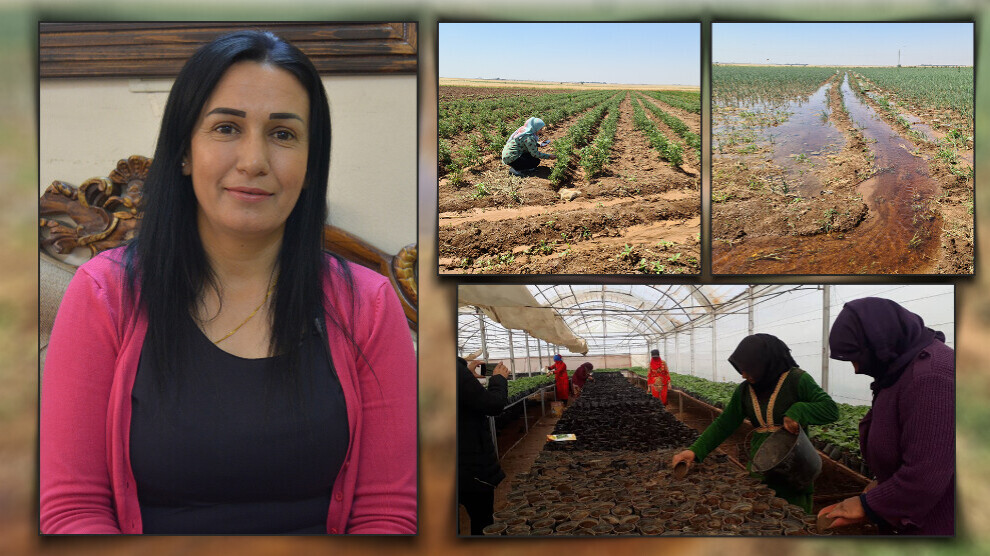 Since the revolution started in North and East Syria, the real women’s economic capabilities have been revealed, and this contributed to increasing women’s participation in many projects that aim to support women’s economic empowerment. Their participation has been clearly improving the economy in the region.

“Thousands of years ago, the economy was controlled by women, and it was women who discovered it. After years, the economy was completely taken away from them and they have been excluded from the economy. These days, women have been taking their economic rights back thanks to gender equality laws,” Armanc Mohammad told NuJINHA.

The Department of Agriculture and Commerce has held training courses and workshops to increase women’s participation in economy and production in cooperation with committees. Agriculture is an important source of livelihood in NE Syria since the region has fertile soils and farmlands. And women are successful in agriculture.

Armanc Mohammad spoke to our news agency about agricultural projects in 2021 and 2022 and told us that many projects failed due to the lack of rain. “In 2022, vegetables and wheat, which need water, were planted but due to lack of water, these projects failed. For this reason, two projects were developed in Dirbasiyah and Derik towns to plant potatoes, garlic, and onions,” she added.

“NE Syria is famous for agriculture because grains such as wheat and barley and summer vegetables grow in the region. Greenhouse vegetable production has witnessed significant developments in the region in recent years and vegetables have been planted in 51 greenhouses until now,” Armanc Mohammad said, adding, “There are four phases of planting seeds. The first phase is plating seeds in designated areas and the second one is the transfer of the seedlings from the areas to the greenhouses. The third phase is taking care of seedlings until they reach a length of about 30 cm. The fourth phase is that we tie up the plants to stand up straight.”