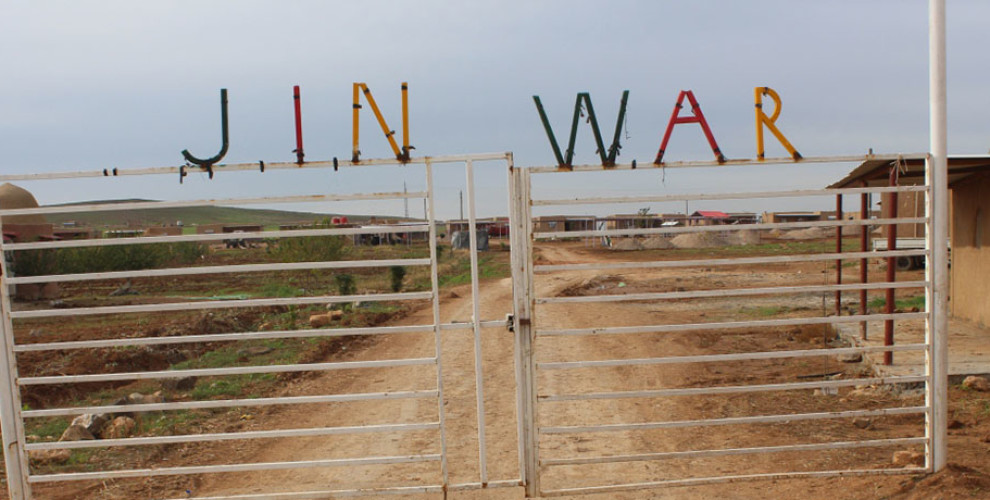 Women’s organizations in the Cizire region of Northern Syria have finished the women’s village Jinwar where construction started in December 2016. Residents will move in on November 25.

The village will home to 30 households, the Mother Uveysh School, the Jinwar Academy, a museum and a medical center.

The village’s school has been named after Kurdish People’s Leader Abdullah Öcalan’s mother Uveysh. The village has been constructed to meet the vital needs of residents. The medical center will provide natural remedies as well.

Jinwar is a village that emerged from the goddess Ishtar as referenced by Kurdish People’s Leader Abdullah Öcalan in his defense, and the reality of self sufficient women.

Before construction began, the people who launched the effort met with various engineers and women’s organizations and asked their views on how the village would be built. Based on the discussions, they decided to build all 30 houses with clay. Construction for the village, set to have a communal life, started on November 25, 2016. After feasibility reports and preparations, construction for the houses started in 2017.

There is also a stable for the villagers to house their animals in.

WHO HAS PRIORITY TO STAY IN THE VILLAGE?

Families of persons martyred while fighting for Northern Syria’s freedom have priority. Widows and women without any family can also apply to the Kongreya Star or Women’s House administrations to settle in the village.

The village will prioritize agriculture and husbandry so it can be self-sufficient. Villagers will also be able to meet their needs with the shop and bakery built in the village. Jinwar will be based on self sufficiency, but aims to also provide for nearby villagers in time.

EVERYTHING IS COMMON IN THE VILLAGE

Currently there are 8 families settled in the village, which is entirely based on a common life. Life starts early in the morning and breakfast and meal times are shared. Villagers cook and eat together.

Village resident Fatma Derwish is 33 years old and has 7 children. She is from the Shaddadi district of Heseke. “I fell into poverty after my husband was martyred in the war. So I appealed to the Women’s House for aid,” said Fatma and added that the Women’s House suggested she settle in Jinwar, and so she did.

Fatma voices her happiness as: “I am glad I came to such a special place. Because there is a shared life in this village. Women are together in everything and aim to be complimentary before all.”

Another woman who decided to come to Jinwar under similar circumstances after her husband was martyred is Fatma Emin, who voiced her delight in settling in Jinwar.

Jinwar will open for all families to settle in the village on November 25, International Day Against Violence Against Women, thus taking the first step to a normal life.