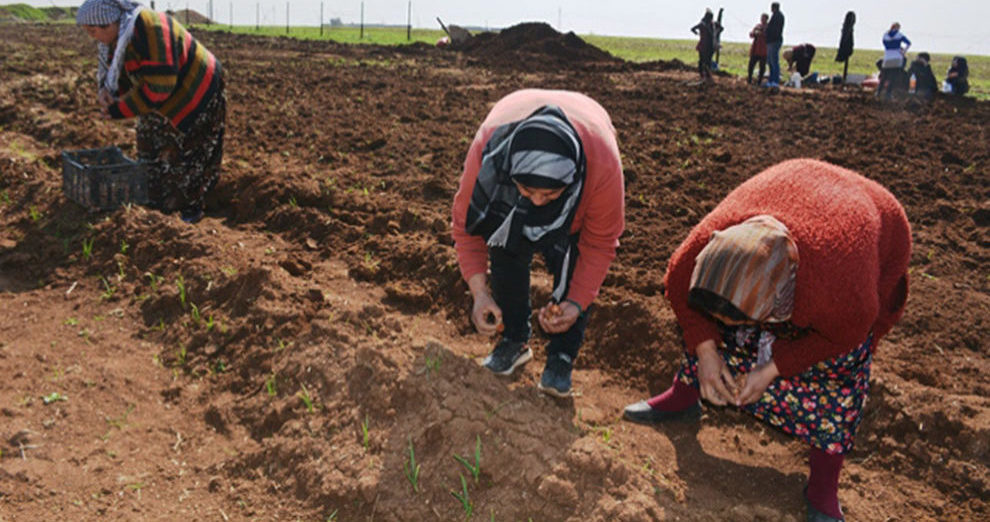 The women’s cooperatives in Tirbespiyê in Northern Syria are working on building alternatives despite the permanent threat of war and have meanwhile become examples of collective forms of work.

Co-operative member Xedîce Ehmed tells that the members do all the work themselves collectively and start work in the early morning hours. This year they plan to bring onions and garlic to the market at a reasonable price.