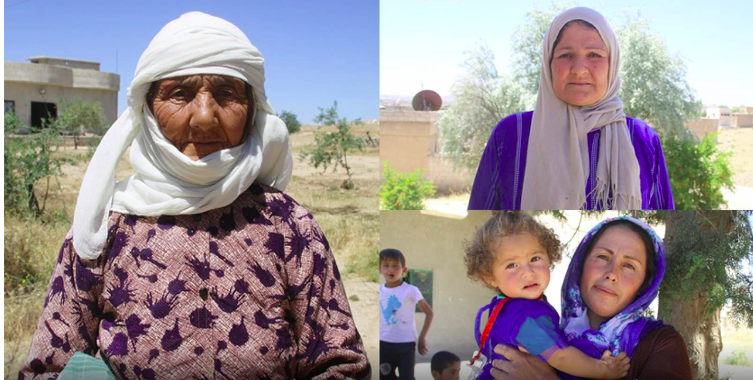 Originating in Turkey the Euphrates River cuts through both Syria and Iraq. Exacerbating water shortages caused by a regional drought, Turkey’s hydropower projects have caused drastic reductions in water flows of the river in recent years, especially in Kobane.

The Euphrates is an essential water source for Syria and Iraq and it also irrigates all of northern Syria. In the autonomous Kurdish region, west of Kobane villagers are accusing the Turkish authorities of controlling and purposefully cutting the water resource. Approximately 100 villages are suffering from water shortages in the Euphrates River.

However, Turkey has not complied with the contract since 2017. Despite the visible decrease in water levels since June 2020, Turkey continues to reduce the average flow of the Euphrates regardless of the contract.

Having their livestock dying and their farms unable to plant due to lack of water, people of North and East Syria face major health problems with the pollution of the water flowing onto their lands.

Around 82 villages in Kobani have no access to clean water and some villages can only access tap water once every ten days, Jin News reports.

One of those seriously hit villages is the village of Teilikê located in the west of Kobani, the village women from Teilikê, whose livelihoods depend on agriculture and livestock breeding shared the problems they face due to reduced water levels of the Euphrates river.

One of the villagers Gewra Ebike fears that their crops will not be able to grow this summer.”The very small amount of water flowing has a bitter taste, so we cannot use it for drinking. Tap water arrives to our village only once in every ten days, this is not enough for us,” she said.

She added: ”We are entering the summer. Planting has started. Life stops without water. We can neither cook nor make tea. We also need more water to avoid coronavirus. But we haven’t had any proper access to clean water since the Euphrates River was cut off. We inevitably have difficulties. We cannot meet our needs. Our gardens are in drought. We are deprived of both electricity and water. It is an unacceptable situation. Like everyone else, we want to live under normal conditions and be able to meet our basic living needs’.”

Villager Rehme Elus is an elderly woman living in the village, who needs to take care of all her needs by herself, but the water and electricity black outs have made her already hard living conditions even harder. “The animals cannot drink water, because of the funny taste. We can neither look after our animals nor our gardens. We cannot even clean our homes. Our living conditions are getting harder and harder,” Elus said.

“We can only access electricty for five-six hours during day. How can we finish our daily jobs in such a short time? The dynamos in the well require electricity to work and without the electirity, I have to carry the water from the well myself in this old age,” she added.

”Before the Euphrates water was cut off, we used tap water. But when it was cut by Turkey, dozens of villages suffer due to water shortage,” said Emine Mustafa, a farmer. “Our people in this village are mostly farmers and they cannot work anymore properly due to water shortage.”

“The Turkish state attacks us under all circumstances. They have been hostile to the Kurds for years,” she added. According to her, the policy on Euphrates river is a policy related to attacks towards the Kurds.. “This time, they attack us by cutting off the Euphrates water. We are the locals of this land. They are trying to make our living conditions difficult by cutting the water to make us leave, but we will not leave our land.”

“Water is life, life without water cannot be lived,” she said and her last words reflect how critical the situation in Kobani. “It’s summer, we still haven’t been able to drink a glass of cold water, due to the lack of electricity.”