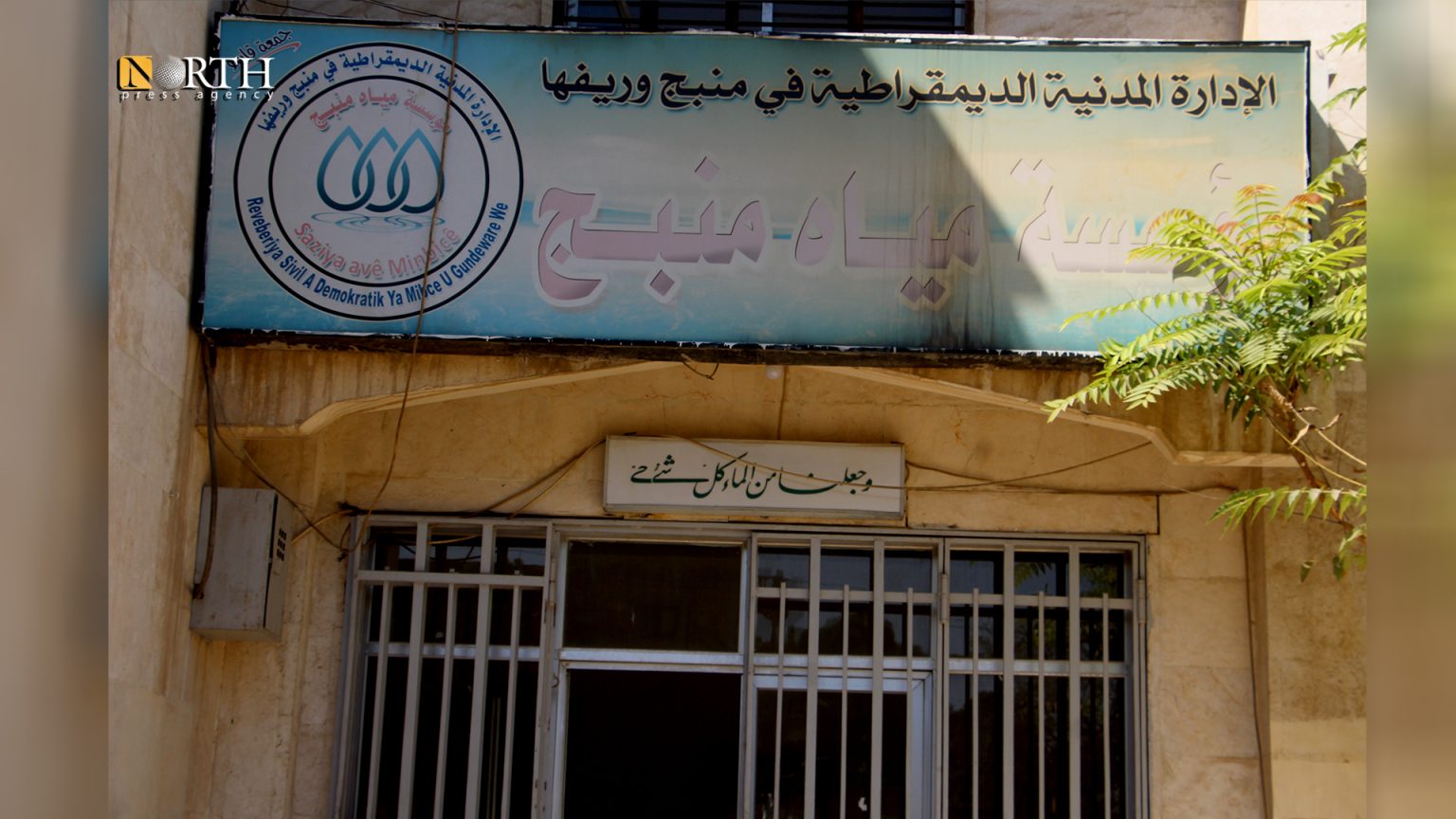 Residents of Syria’s northern city of Manbij suffer from frequent drinking water cuts, which often leads them to fill their containers via special tanks, which increases their expenses and burdens of living.

Officials in the Water Directorate affiliated with the Autonomous Administration in North and East Syria (AANES) said that the current water line was no longer sufficient to cover the city’s neighborhoods after urban expansion and the remarkable increase in population during the past years.

They added that there was a need to extend a supplementary line to the current line.

Omar Haj Ahmed, a resident of Manbij, indicated that they had been suffering for nearly three years of water rationing and difficulty in obtainment, but no radical solutions had been adopted by responsible authorities.

He said, “Often the neighborhood is supplied with water at 02:00 am or 07:00 am, and at these times the electricity cuts off as part of a rationing program set by the electric company.”

Manbij’s supply of water comes from Bapiri station, which is 40 km south of the city of Manbij, by filling the reservoirs of al-Qarah and Tel Aswad, which have a capacity of 10,000 cubic meters, then pumping it to Manbij through Umm Azam and Aoun ad-Dadat stations.

Manbij resident Hussein Al-Khader is forced to buy five barrels of water every two days at a price of 3,000 Syrian pounds through special tankers that fill the water tanks in the neighborhoods.

Hussein told North Press that they were being exploited by the owners of tankers and claimed that the price is very high compared to the amount of water they buy.

He added that the Water and Electricity Directorates in Manbij must coordinate and have a deal on a specific time in which the neighborhoods will be provided with water and electricity simultaneously.

Muhammad Shaban, owner of a water tanker in Manbij, said that the reason for the high bottling prices was related to high prices of diesel, oil, tires, and maintenance.

“I buy a liter of diesel from the black market for 200 SYP. In addition to that, I need to change the mineral oils once a month at a price of 6,500 SYP per liter,” he said.

Mohammed al-Ghweish, from the Manbij Water Directorate, told North Press that there was no supplement for the current water line to cover all of the city’s neighborhoods, and after urban expansion and the increase in population, a supplementary line was needed.

“The pumping process from al-Bapiri station is often weak, and we are forced to wait until the reservoirs are filled and upon completion of the filling, we pump water in order to relieve pressure on the tanks,” al-Ghweish said.

He added, “The number of beneficiaries of potable water reached 5000. If we compare subscribers’ numbers with the amount of the provided water, we find that there is a big difference, so we pump water to the city of Manbij and its countryside alternately.”

Manbij is a city in the northeast of Aleppo Governorate in northern Syria, 30 km west of the Euphrates, which hosts a population of Arabs and Kurds in addition to Circassian, Turkmen, and Chechen minorities.

The city was first captured by rebels in 2012, overrun by ISIS in 2014, finally captured by the Syrian Democratic Forces (SDF) in 2016, bringing it into AANES.

Since 2018, after an agreement with the SDF, the Syrian Arab Army has been deployed on the city’s periphery as a buffer between the Turkish occupation of northern Syria and the AANES.