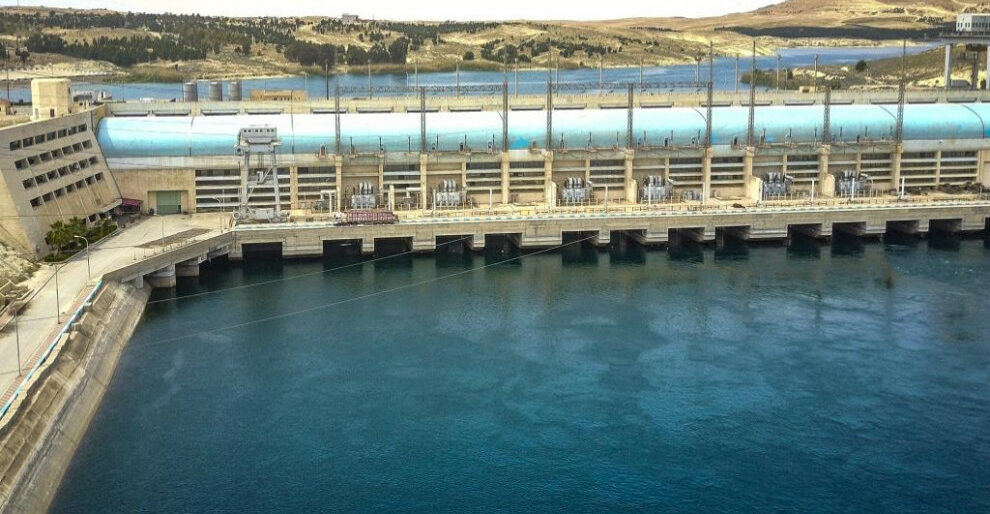 Turkey, with the help of its GAP dam system, has again reduced the flow of the Euphrates. Less than a third of the prescribed amount of water now flows into Syria and Iraq.

Turkey has long used the environment as a weapon. While more than 250 square kilometres of fields in northern Syria ready for harvest have now been destroyed by arson set by the Turkish occupying forces and their militias, the Erdoğan regime is also repeatedly attacking the water supply in a targeted manner.

The Euphrates, which rises in Northern Kurdistan, is almost completely under Turkish control due to a system of dams. With the help of the dams, Turkey is able to let too much or too little water flow into Northern Syria, depending on the needs. At present, the inflow of the Euphrates has been reduced to up to 150 cubic meters of water per second. In the agreement with the Syrian government of 1977, a minimum volume of 500 cubic metres per second is agreed. This not only restricts agriculture and the water supply, but also creates serious problems for the electricity supply, as the plants in northern Syria can no longer be operated.

Mihemed Tarbuş, director of the Tishrin Dam in northern Syria, warns: “Reducing the amount of water from Turkey can be dangerous for the dams. If it continues like this, it will become threatening in about two months.”

In this way, the Turkish state is trying to destabilize the self-governing areas in Rojava and drive out the people living there. Human rights organisations such as Human Rights Watch have also repeatedly criticised Turkey’s water policy against the region.