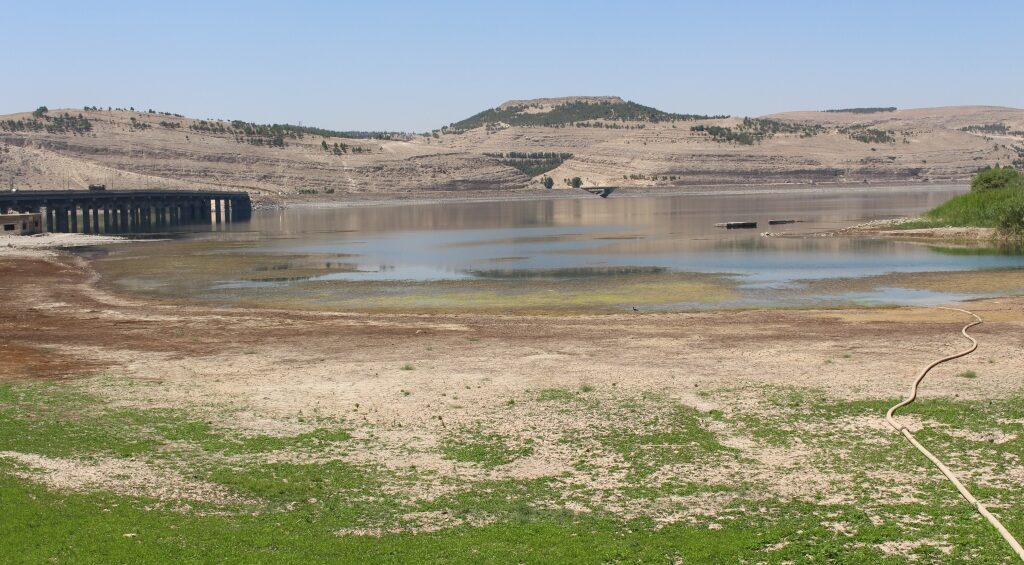 Women and farmers from Deir ez-Zor explained that withholding the Euphrates River is a policy that Turkey exploits to displace and starve the region’s population and destabilize the region’s security.

The Turkish occupation state has blocked the Euphrates River since January 27, as it pumps no more than 200 cubic meters per second of water into Syrian territory, and this quantity is much less than what was agreed upon between the Syrian and Turkish governments in 1987.

The shortage of water level of the Euphrates River led to the deterioration of the summer agriculture on which the farmers of Deir ez-Zor depend.

The co-chair of the Directorate of Agriculture in Hajin, Amna Al-Salem, said that Turkey’s reduction of water significantly affected agricultural crops and led to the spread of epidemics and poisoning as a result of drinking contaminated water, especially since the majority of the population brings the used water directly from the river without sterilization.

“Our regions depend by 99 percent on the Euphrates River, so Turkey’s exploitation of the situation and cutting off the water is an attempt to displace the population, especially since water is the main element,” she said.

She stressed, “We are now facing a big problem, which relevant international institutions and organizations turn a blind eye to,” appealing to them to pressure Turkey to flow the agreed quantity with Syria and Iraq, which is 500 cubic meters per second, 60% of which is Iraq’s share.

Blocking the Euphrates water causes thirst for more than 7 million people in Syria and Iraq in the riparian areas of the two countries.

Farmer Hadiya Al-Aboud from the countryside of Deir ez-Zor also said: “I have been cultivating summer vegetables in my home for several years, but the decrease in the Euphrates River has greatly affected my farm.”

Hadiya pointed out that the costs are doubled as they resorted to artesian wells, but the water from the wells is salty, which affects agriculture, so there is a big difference between the waters of the Euphrates River and the wells.

As for a member of the Women’s Committee in the People’s Assembly, Khitam Haddou, she said that impounding water is a crime that doubles the suffering of the people, because most of them depend for their livelihood on agriculture.