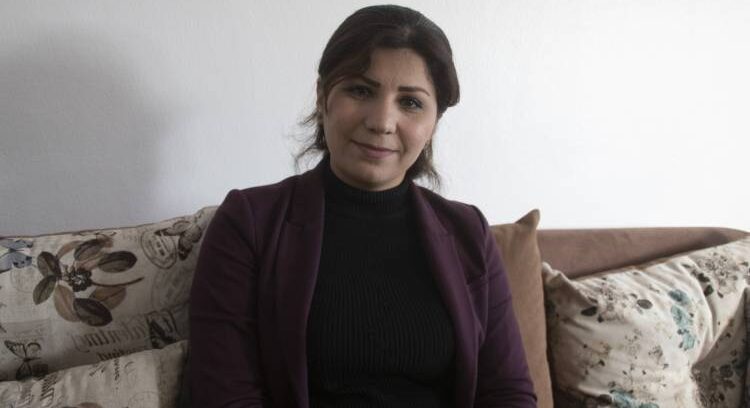 Kobanî –The water level of the Euphrates River in Syria has been decreased by Turkey since January 27. The citizens living in NE Syria have been suffering from water shortage for more than 10 months. According to the agreement signed by Turkey, Iraq, and Syria in 1987 over water sharing, the water flowing into Syria should be 500 cubic meters a second. But Turkey has violated this agreement by supplying 200 cubic meters of water a second. [Jinha] spoke to Emine Bekir, a member of the Autonomous Administration in the Euphrates Region, about the water crisis in NE Syria.

Farmers have been affected by water shortage

Indicating that Turkey has used all methods to attack NE Syria, Emine Bekir said, “Turkey has cut off the water to attack the region. Turkish soldiers have launched operations in the region and they have already carried out dozens of massacres in the region. Turkey has carried out a special method of warfare in NE Syria. The water of the Euphrates is a life source for Northern and Eastern Syria. We cannot supply electricity due to the water shortage. The farmers have been affected by water shortage because they don’t have water for their fields. The water shortage causes financial problems for the farmers.  The citizens have also suffered from undrinkable water causing many diseases.”

“People have a strong will”

Drawing attention to the agreement signed by Turkey, Iraq, and Syria over water sharing in 1987, Emine Bekir said, “According to the agreement, the water flowing into Syria should be 500 cubic meters a second but Turkey has violated this agreement by supplying 200 cubic meters of water a second. Turkish state tries to provoke the people against the Autonomous Administration. It tries to force the people to leave their lands. But we know that our people are aware of the policies of the Turkish state. Our people will be never deceived by the Turkish state because they have a strong will.”