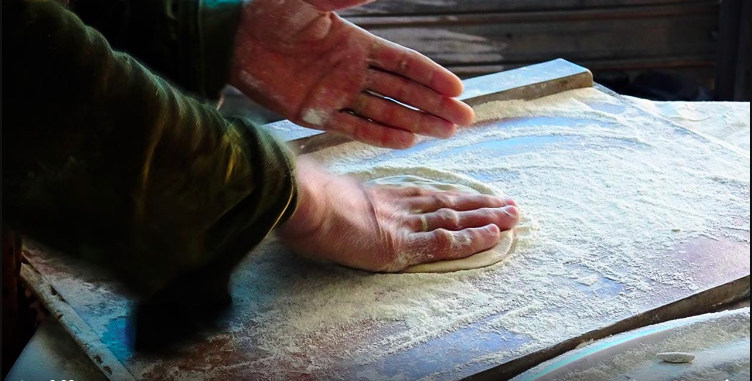 Developing new projects to integrate women into economical life, the committee also continues to support ongoing projects of women. The committee previously founded a bakery in the district over their agreement with Xedîce Ehmed and Fatima El-Ewad. The Economy Committee has ensured that flour and other necessary items required for the effective running of the bakery has been provided, Hawar News Agency has reported.

Xedîce Ehmed spoke to ANHA: “This bakery was my dream. However, I could never achieve it or realise it due to the difficulties I had and the increasing flour prices. I needed a serious amount of flour and equipment to make the bread. So, the bread project has become successful. The district is quite big and the need for bread is high. Meeting the demands of people, we sell bread loaves for 100 Syrian lira each”.

Stating that the bakery was founded through the efforts of two women, Şedade Women’s Economy member Menar Al IIew stated that 5% of the income gained due to the bread sales in the first three months was given to the committee. The income from the next three months was shared between the women.

The Women’s Economy Committee continues to support women working in the bakery and provides 13 sacks of flour and fuel in appropriate cases when needed. The bakery operates between 07:00am and 13:00pm and bakes around 500 loaves per day.

Al Ilew stated that they launched the project due to the lack of bread in the area and as a means to provide productive employment opportunities for women. Stating that the committee’s aim was to support the women’s economy, ensuring employment for women and to support the project, Al Ilewi suggested that the Committee could even increase the amount of flour delivered to the bakery.