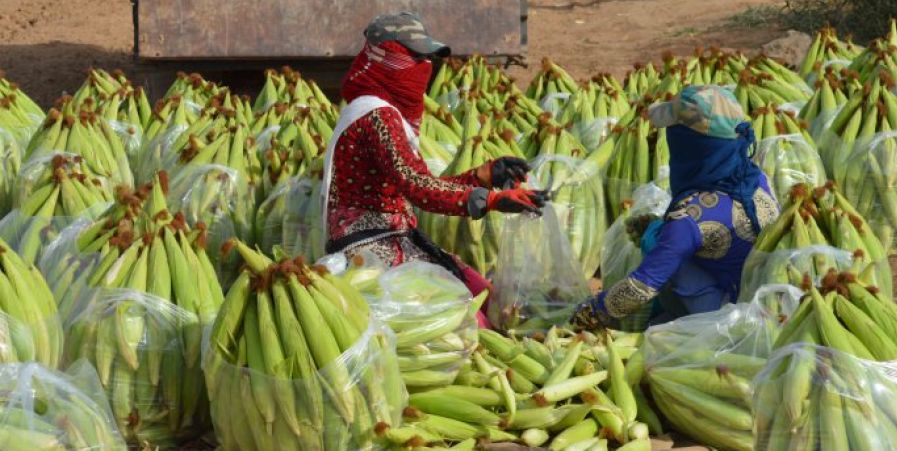 Since the 2011 liberation of the northern Syrian region commonly known as Rojava, the de facto leadership of the Democratic Federation of Northern Syria has begun a program of ground-up direct democracy, women’s liberation, and socially-owned means of production (Knapp 2016, 52). This article will examine the economic conditions of Rojava, by way co-operative ownership, so that an evaluation with historical context may be available.

After the liberation, the people of Rojava were faced with a post-colonial, monoculture economy with little industry available for refined goods. The Ba’athist regime had limited agriculture in the three cantons to only a single crop and allowed for no means of processing these crops. Around 80% of farm land was held by the government, the rest held by private businesses (Knapp 2016, 192).

With the intent of establishing a social economy, the land was handed over to local, municipal units called communes for distribution for co-operative ownership by workers. 2,500 hectares have been distributed to the co-ops as of 2015, with 1-4 being reserved for individual use. No large land-owners have been allowed access to the seized land (Knapp 2016, 199).

Beyond land and agriculture, co-operatives focused on simple industries have been organized in cities to increase the self-sufficiency of Rojava. These include bread-baking, textiles, clothes production, dairy production, and selling cleaning supplies (Knapp 2016, 200).

To best examine how the co-operatives of Rojava may thrive, we would need to look at past examples as a basis for future predictions. One of the most cited examples of a successful cooperative is the Spanish Mondragon Co-operative Corporation. The organization, which dates to 1956, was founded from several co-operative organizations that joined together in 1991 to form the international corporation it is today. The co-ops showed remarkable staying power, with most of the 100 original co-ops surviving to form the united corporation. Employing upwards of 3% of the Basque region’s workforce over multiple industries, the co-operatives showed that alternative corporate models could be successful when they were previously untested on a large scale (Harding 1998, 61).

However, the Mondragon example also points to a critical failing of co-ops. Mondragon has shed many of its original ideals to remain competitive with other international businesses as the globalized, capitalist economy has developed. This includes creating non-co-op subsidiaries abroad and decreasing the number of co-operative employees to 29.5% as of 2007 (Bretos 2017, 155). This example of the most well-known and well-studied co-operative falling back into a more capitalistic model would suggest that the co-op model is not sustainable in the long term.

Mondragon’s change did not occur in a vacuum of some static economy. The co-operative began to require modification after the fall of the fascist Franco government, the liberalization of Spain’s economy, and the opening of European free trade by way of the European Common Market and later the European Union (Harding 1998, 62). We can see from this mix of pro-capitalist institutional changes that external stress on co-operatives would result in failures or the need for structural changes.

The situation in Rojava currently precludes such stressors. Only 20% of arable land is held by private owners, with a moratorium on any new private landowners (Knapp 2016, 199). There was little to no pre-existing industry, with most small business owners having fled when the revolution began. As such, most of all business is co-operative and directly supported by the local governments. The pressure is on private businesses to offer co-operative grade work or lose the ability to function to co-ops. Moreover, the embargo in place on Rojava by neighboring Turkey and South Kurdistan limits the possibility of inclusion with free-trade economics (Knapp 2016, 196).

Co-operatives within the Rojava system are inextricably tied to the commune system of self-governance. They are specifically forbidden by law from becoming independent private businesses. As such, local communes elect the co-ops’ leadership; the economic commissions throughout the administration supports the co-ops’ production. In exchange, the needs of the greater society and local commune are served by the co-ops (Knapp 2016, 205).

Local co-ops alone are obviously insufficient to meet every commune’s need. They therefore pass their needs on to economic committees at the federal level. Surplus production from other regions is allocated to communes lacking in some areas, while surplus production is likewise given for distribution outside of the native commune (Knapp 2016, 206).

The Movement for a Democratic Society is one of the overlapping organizations that guides the development of co-operatives and other aspects of the emerging social economy. Their Economic Committee issues a pamphlet concerning how these co-ops are to be run (The Movement for a Democratic Society 2016). Of interest is the division of profits. Twenty percent is given over to the commune to handle any needs of the commune, 30% reserved by the co-op to purchase more goods, machines, and other capital, and 50% to shareholders. Workers received a monthly salary as well as their share of the profits yearly or when a major goal is completed.

Those who work in the co-op are considered shareholders and receive the highest allocations from net profits. Members can also contribute capital of some sort to the co-op to receive a payout, but to a lesser extent than workers.

Understanding the difference between this social economy and the ubiquitous capitalist economy will require a recap of labor theory and surplus-value. Karl Marx explains that the value of commodities sold on the market can be separated between the use-value of the item and the surplus-value of it. The surplus is the source of worker exploitation, where the worker is not receiving the whole possible value of their work. Allowing workers to keep the full value of their work eliminates this exploitation. Methods by which the workers can retain surplus value are varied, with no single answer for the best possible way.

For Rojava’s co-operative economy, an initial glance would suggest that worker exploitation remains. The co-op pays the workers a wage and sells their production for a value higher than their combined salaries and the cost of production. As Thomas Sekine enumerates in his work, value theory can be formulated in with a simple c + v + s = end value (Sekine 1997, 129). The value c would represent any constant capital, as in the actual means of production, v would represent variable capital, as in labor-power purchased, and s would be surplus value. Sekine explains that only in the application of labor-power, by way of production, does this end value result. Surplus value alone does not contribute to the end value but is a separate part of the value added by labor-power retained by a capitalist or in this case the co-op (Sekine 1997, 130). As such, there is a part of the workers’ labor-power being removed that would otherwise represent a degree of exploitation under a capitalist system.

But the Rojava system distributes the profits in a way that favors the worker over non-working members. The workers are paid the highest portion relative to the non-working capital contributors (The Movement for a Democratic Society 2016). As such, surplus value is redistributed back to the workers through yearly payouts and amounts given over to the commune used to improve the workers conditions through improving the commune collectively.

The Future of Rojava and the Co-ops

Understanding the function of the co-ops within Rojava is one step in understanding the complex interaction of municipal direct democracy, the social economy, and libertarian-socialist ideals. Historical context suggests that given a stable and supportive political economy within Northern Syria, the co-ops will prove as beneficial and successful as any capitalist model would be able.

Unfortunately, the situation surrounding this experiment may not allow for this. The Ba’athist regime still holds most of Syria, the rebels are hostile to Rojava’s continuation, other Kurdish groups are unsupportive of their efforts, and Turkey has recently begun a campaign of conquest in the most western canton with threats of future invasion. Should Rojava weather this storm, they may face more external pressure from American and European economic imperialism or from neighboring powers such as Iran or Saudi Arabia.

Bretos, I., & Errasti, A. (2017). Challenges and opportunities for the regerneation of multinational worker cooperatives: Lessons from the Mondragon Corporation – a case study of the Fagor Ederlan Group. Organization, Vol. 24(2) 154-173.

Sekine, T. (1997). An Outline of the Dialect of Capital, Volume One. London: Palgrave Macmillan

The Movement for a Democratic Society. (2016, February 15). The Experience of Co-operative Societies in Rojava. Retrieved from The Hampton Institute: http://www.hamptoninstitution.org/cooperatives-in-rojava.html