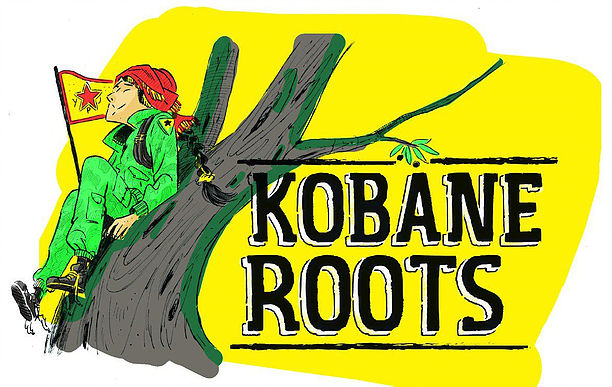 Behind the modest spending of 200 million dollars, Bill Gates presented the toilet of the future in November (2018): it will transform human waste into fertiliser. In Rojava they do the same, but without spending so much. The transformation of urine and faeces into fertiliser is just one of the ongoing projects in northern Syria.

While Turkish war winds blow on the self-declared Kurdish region after the outbreak of the Syrian conflict in 2011, local communities are proceeding towards the achievement of one of the democratisation objectives: social ecology. The starting point is the theory of the leader of the PKK, Abdullah Ocalan, who sees in the healthy relationship with nature a means of struggle against capitalism and patriarchal and colonial domination. The link between the ecological and the social crises is at the root of the path, an integral aspect of democratic confederalism, the political project which has now been seen in newspapers around the world for the active and intrinsic participation of women. What is soon forgotten is that today, that project risks disappearing. A social project based in Italy, the Kobane Roots, intervened at the end of this year to defend it. Promised by Ya Basta Bologna in collaboration with the Ecological Committee of the canton of Kobane. The goal is a return to the origins, devastated by decades of imposition of monocultures and the resource-extraction model, but also of reducing water resources by the Turkish dams and the brutal occupation of the Islamic State.

Kobane Roots will plant 15,000 olive trees along the Euphrates and build an irrigation system. A place not chosen by chance, the Euphrates and the Tigris have been synonymous with fertility for millennia. The tree choice is not accidental either: the olive tree in the Middle East is life, tradition and culture. It is also often a military target (in Palestine of Israeli bulldozers, in Rojava of ISIS), as much as it is the backbone of local economies.

In recent years, thousands of olive trees have been destroyed, and many have died after being abandoned by peasants who were forced to flee. And the production has collapsed. Yet Syria was, before 2011, the fourth country in the world for olive production, at 180,000 tons per year and 43 million euros in value.

The 15,000 trees will be divided into ten olive groves along the Euphrates, in Kobane. The area has been cleared of the remains of war and reclaimed, and the construction of a sustainable irrigation system is underway, with new wells and the return to the traditional channels that run between the olive trees. All managed by co-operatives that will give work to 80 families and redistribute the proceeds in the wake of the Rojava model: 30% will go to the Economic Committee of Kobane for the recovery of other olive groves and to the investment fund of the co-operatives. A launch pad towards the reconstruction, piece by piece, of the local economy. Starting from the atavistic richness of a region transformed by the Baath party into the Syrian granary: the government of Damascus imposed monocrops in Rojava, impoverishing the land, imposing the use of pesticides and forcing a large part of the rural population to urbanisation. Wheat to feed the rest of the country, and cotton with which to dress it. The Committee’s system is the opposite: diversification to restore fertility to the land, make the region autonomous and return it to its former splendour, made of the colours and flavors of chickpeas, lentils, beans, figs and cherries, pomegranates and apricots, pistachios and pear trees.

“The ecological question – writes Ocalan – is solved if a socialist social system is developed. The combination of the struggle for the environment with the struggle for a general social revolution is necessary “. Not only olive trees, therefore, but a comprehensive work that allows us to re-establish a healthy relationship with flora and flauna, affected by human-centric economic systems, from feudalism to the liberal capitalism of unsustainable exploitation of natural resources. In Rojava the solution is total, because the imposed order has so far been total: the alienation of man from the environment and its destruction are at the same time symptoms and instruments of internal conflicts. The answer is de-centralization, the basic community economy. This is where the socio-ecological mosaic of Rojava starts: plants that require less water; the combination of crops to increase crops; reforestation, fundamental to the protection of groundwater, to the repopulation of fauna and to the fight against soil erosion; urban gardens for district consumption; the ban on hunting and fishing in nature reserves, Hayaka and Mizgefta Nu, where 8,000 trees have been planted since 2016, to which another 100,000 will follow; the recovery of grey water for irrigation and black for compost. At the base is the structure of the municipalities, a collective provision that cancels the separation between the place of production, and that of fruition, and which allows the return to collective knowledge.