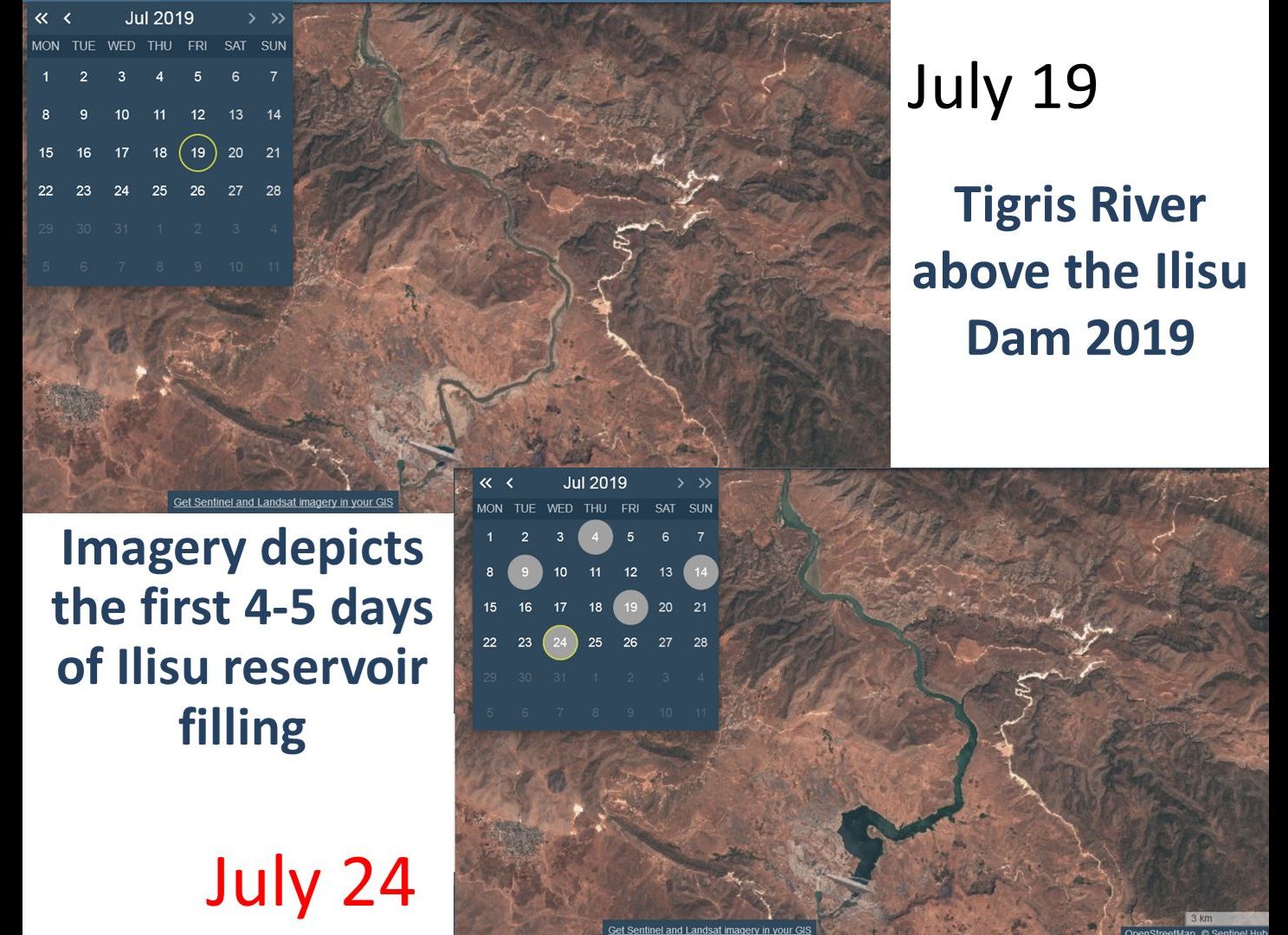 Despite strong domestic and international opposition, the Turkish government has commenced filling the reservoir of the controversial Ilisu Dam on the Tigris River in the Kurdish Southeast of Turkey without giving any official warning to those still living in the area.

Neither the state agency responsible for the dam, the State Hydraulic Works (DSI), nor any other governmental institution has made a statement on the flooding of the reservoir, although the DSI has informally acknowledged that it has initiated a ‘test filling’.

Photos shared on social media show how a road along the Tigris River just upstream of the dam is already under water and satellite photographs (attached) reveals that the reservoir is now several kilometres long.

Around 80,000 people in 200 settlement sites will lose their livelihoods as a result of the dam, threaten them with impoverishment.

Once filled, the reservoir will also drown the 12,000-year-old town of Hasankeyf, a site of international historical and cultural importance whose flooding would be a loss not just to the region but to humanity as a whole. Hasankeyf and the surrounding Tigris Valley fulfil 9 out of 10 the criteria for listing as a UNESCO world heritage site, according to independent researchers. The threat posed by the Ilisu Dam project to Hasankeyf prompted the World Monuments Fund to list the city on its 2008 Watch List of the 100 Most Endangered Sites in the world.

The decision to go ahead with the filling of the reservoir breaches international customary law, since no agreement has been reached on downstream flows to Syria and Iraq, which share the Tigris river with Turkey.

Experts warn that operation of the Ilisu dam, in conjunction with a further planned project at Cizre, could reduce the flow of the Tigris during dry years to a trickle. There is a very real fear that the project could seriously jeopardizing the water supply of major towns in Iraq and put agriculture downstream at risk. The UNESCO site of Mesopotamian Marshes in southern Iraq would be threatened with drying out due to reduced downstream flows. The potential for the dam to exacerbate existing regional conflicts, not least over water, is thus severe.

Save the Tigris Campaign calls on the international community to underline to the Turkey Government the extent of international concern over the project and to urge that the filling of the reservoir be halted pending:

The depth of local, regional international opposition to the Ilisu project has been demonstrated by numerous protests around the world. A recent Day of Action saw demonstrations and protests in Germany, France, Iraq, the USA and elsewhere.

We therefore urge an immediate halt to the filling Ilisu Dam reservoir.

See map in the attachment for satellite images of the Ilisu Dam reservoir area on 19th and 24th July 2019!