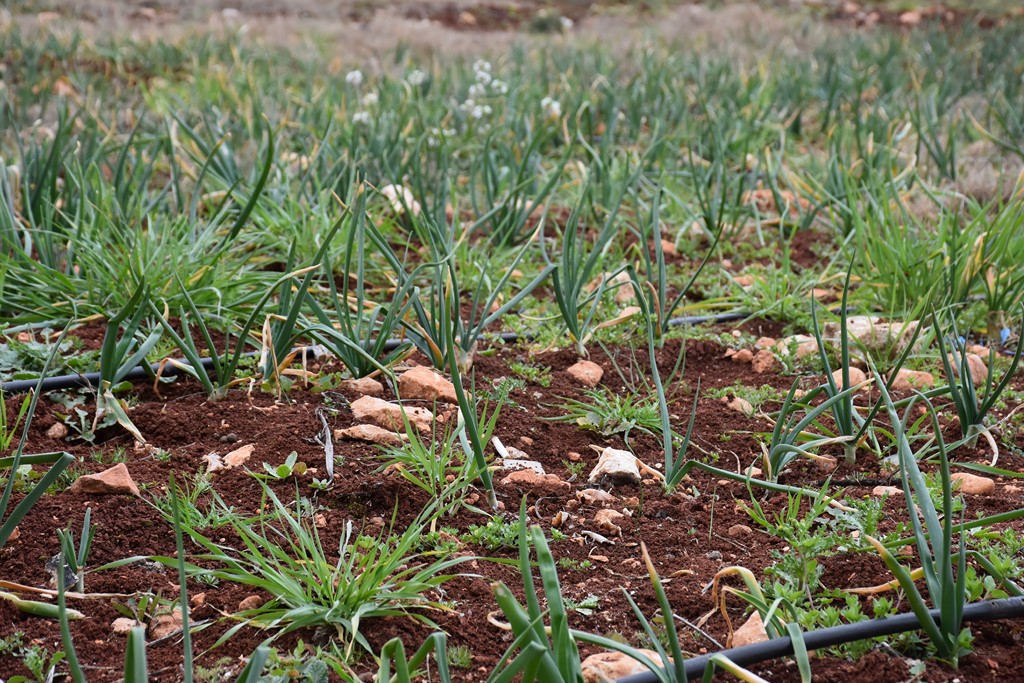 Within the endeavors to establish economic projects based on the principle of the communal system, four families in al-Sheikh Maksoud neighborhood [of Aleppo city] participated to open an agricultural project and convert a dry area of two dunums [decares] full of battle remnants into arable land, and the project has succeeded in providing an income source for those families since its inception a year ago.

As the land was cultivated with summer and winter vegetables, and its crops were sold in the local market at competitive prices to monopolize some traders.

Our agency published news about this project last year under the title “From a Barren Land, the First Agricultural Project Launched in al-Sheqayyef.” As for this year, the project has witnessed expansion through the raising of livestock within it as well.

We do not seek to profit a lot, but rather to provide a source of income for us

The success of the project depends on selling at competitive prices to break the monopoly of merchants and marketing their agricultural products, and the returns are shared among the participating families.

Saeed Haskilo, one of the participants in the project said, “This land was barren, not arable and full of the battles’ remnants, but we reclaimed it to benefit from it. The area we planted is a small area for an agricultural project in al-Sheikh Maksoud and al-Ashrafieh neighborhoods, but we would like to show that in cooperation we can do a lot.”

He continued: “This land provides income for four families, and we in this project do not seek to profit much.”

Seasonal planting does not stop

Saeed Haskilo commented on this issue by saying: “With the rise of the dollar’s value against the Syrian pound, we have contributed through this land to reduce the burden on the people by selling these crops at low prices as an aid to them.

He continued: “We grow on this land seasonally in winter and summer.”

Future projects in which work requires a lot of labor

In order to expand the project and increase the workforce, those who work on this land worked on raising livestock within a barn as a first step, and they bought 52 sheep, and now they have 81 sheep and 48 lambs. The “sheep” will be sold and keep the ewes to take advantage of their milk in dairy production.

On this issue, Haskilo says: “With the holidays coming, we plan to buy 300 sheep to sell them at a competitive price to the people in the markets.”

He ended his speech by referring to the next plans for the project; working on raising cows to produce milk and cheese within the neighborhood markets, and preparing a market for selling the livestock.