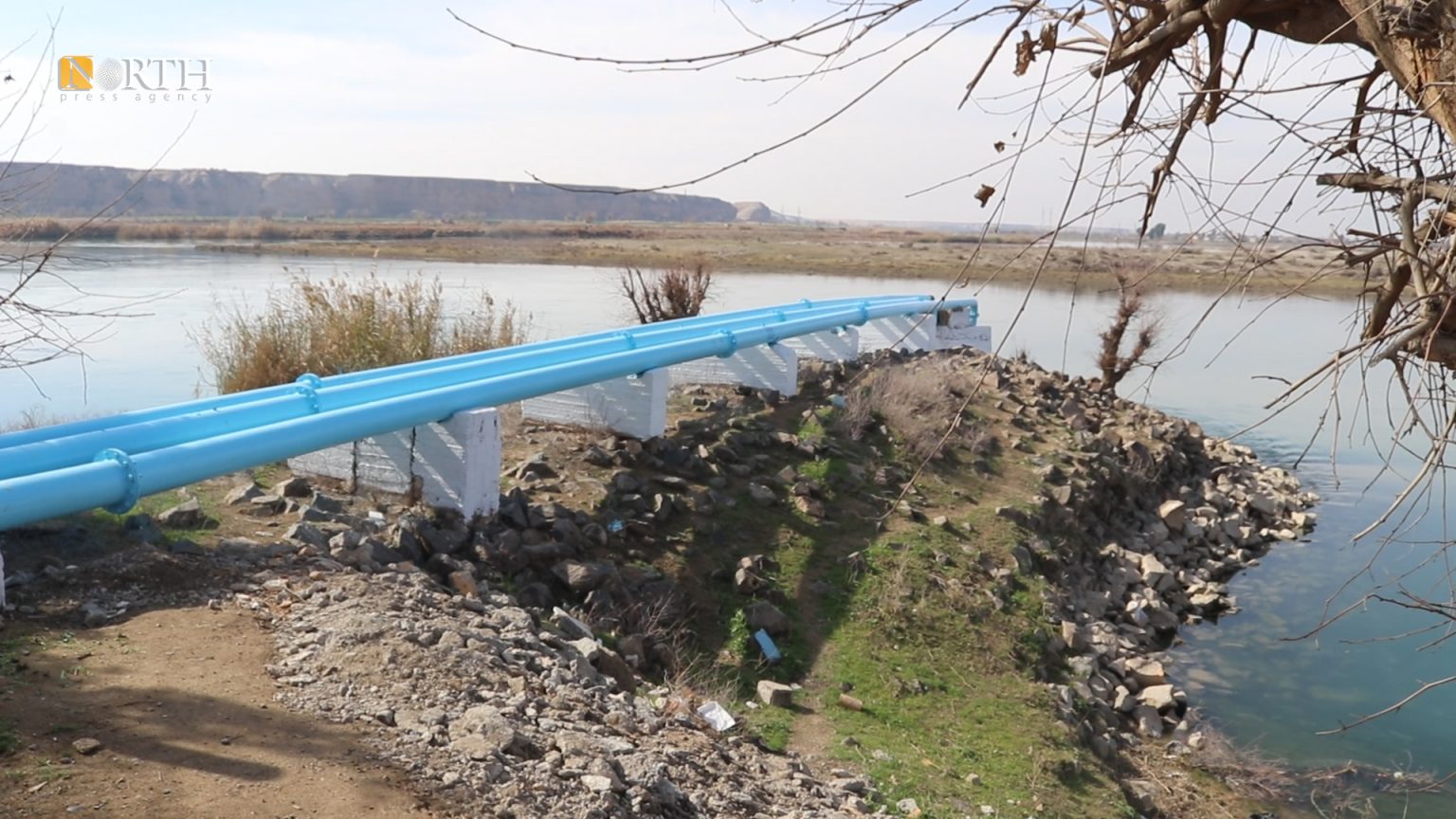 DEIR EZ-ZOR, Syria (North Press) – The second largest water station in the eastern countryside of Deir ez-Zor has returned to work, Saud al-Muhammad, the head of the Municipality of Gharanij, 90 km east of Deir ez-Zor, said on Wednesday.

Al-Muhammad told North Press that “the Gharanij station is the second largest in the eastern countryside of Deir Ez-Zor.”

The station did not supply more than 10 percent of its capacity during the past seven years as a result of being destroyed and looted, according to al-Muhammad.

Al-Muhammad said, “The Syrian Sustainable Organization and the Water Committee in the Deir ez-Zor Civil Council worked on the complete rehabilitation and maintenance of al-Gharanij station by providing three water pumps and four drinkable pumps for the station.”

The number of people now supplied by the station is approximately 25,000, according to al-Muhammad.

He pointed out that “there are obstacles in the station’s network that lead to a weakness in the pumping of the station. We will work to overcome these obstacles in order to provide water to the required population, and we will have a future action plan for some other distant neighborhoods in the coming days.”

Work on rehabilitating the station began on October 10, 2020 and was completed on the 28th of last month [January 2021].

In the eastern countryside of Deir ez-Zor there are 33 model stations, three of which are in operation, namely Houma and al-Susah, while Baghouz station is out of service

Gharanij resident Basim al-Askar told North Press that “they have been buying drinking water from tankers for nearly seven years’.

He added that “The price of the tank has recently reached between six thousand and seven thousand per tank.”

Al-Askar mentioned that “after rehabilitating the Gharanij station completely and providing it with large equipment, water began to reach our neighborhoods and other ones which suffered drinking water shortage.”

Some neighborhoods in Gharanij are still not covered by water due to breakdowns in the extension lines, according to al-Askar.