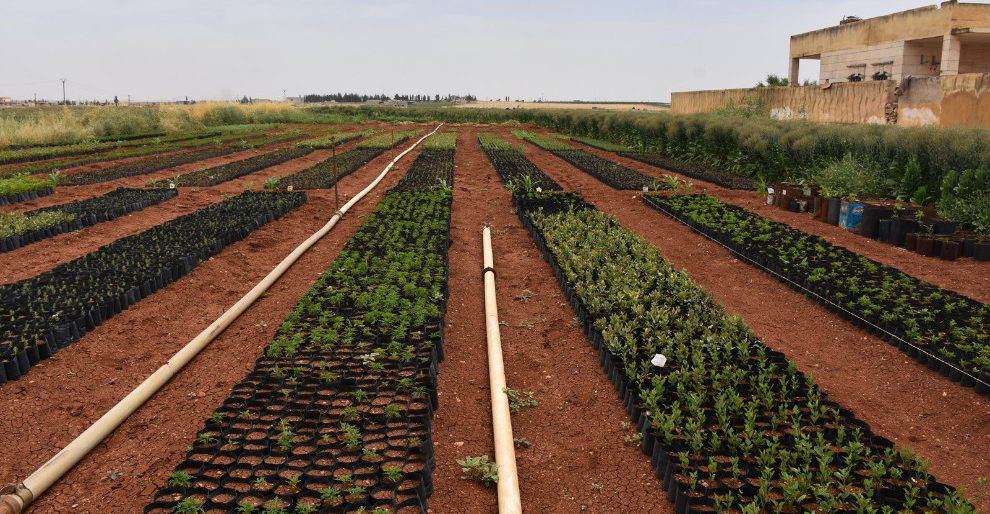 The people of Afrin are trying to continue with their lives in Shehba and have set up a nursery garden to plant the empty plots, with support from the Agriculture Committee.

Shehba was targeted by violent gang groups like ISIS and Al Nusra during the Syrian conflict and has been torn to the ground, but now the people from Afrin forced out of their homes by the Turkish state are making the city greener. Afrin residents settled in Shehba are working to turn the lands ravaged by war back into a good place to live.

As part of the efforts to make Shehba and its villages greener, the people of Afrin have implemented a project for 4,000 saplings with support from the Agriculture Committee. Ornamental plants and saplings for fig, Aleppo pistachio, grape and rose trees. Shehba Agriculture Committee Member Basel Osman said, “Our fundamental goal is to turn the lands ravaged by the invading Turkish state and their allied gangs back into good places to live.”

As the people of Afrin continue their efforts to revive the lands, the Turkish state continues with their destruction in Afrin. Local sources say invasion forces burned down 14,000 hectares of cultivated land and forest area. They have already cut down 12,000 olive trees.