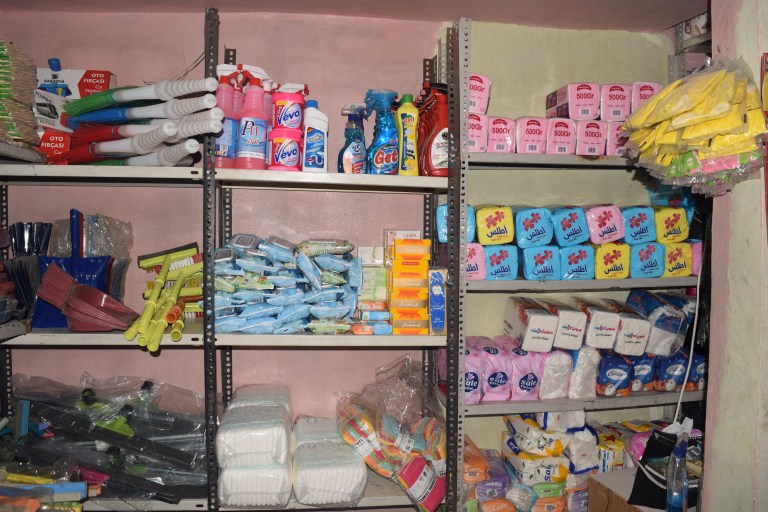 Nisrîn is a co-operative society for cleaning products that was formed in Qamishlo five years ago by seven members who collaborated to serve the area of Hilaliyeh, which is far away from the market. In these times there was a lot of monopoly. Each participant contributed with 75,000 SYP. They bought cleaning products from the market, put some shelves up, and started selling them for lower prices than in the market.

The co-operative received a lot of attention in the first year and the profits went up, so they decided to increase the number of shares and members to include 54 more members. The House of Co-operatives in Qamishlo received monthly reports about the co-operative and decided to give moral support. The project has been expanded to include more types of cleaning products. The co-operative makes more profits during festivals and the start of winter.