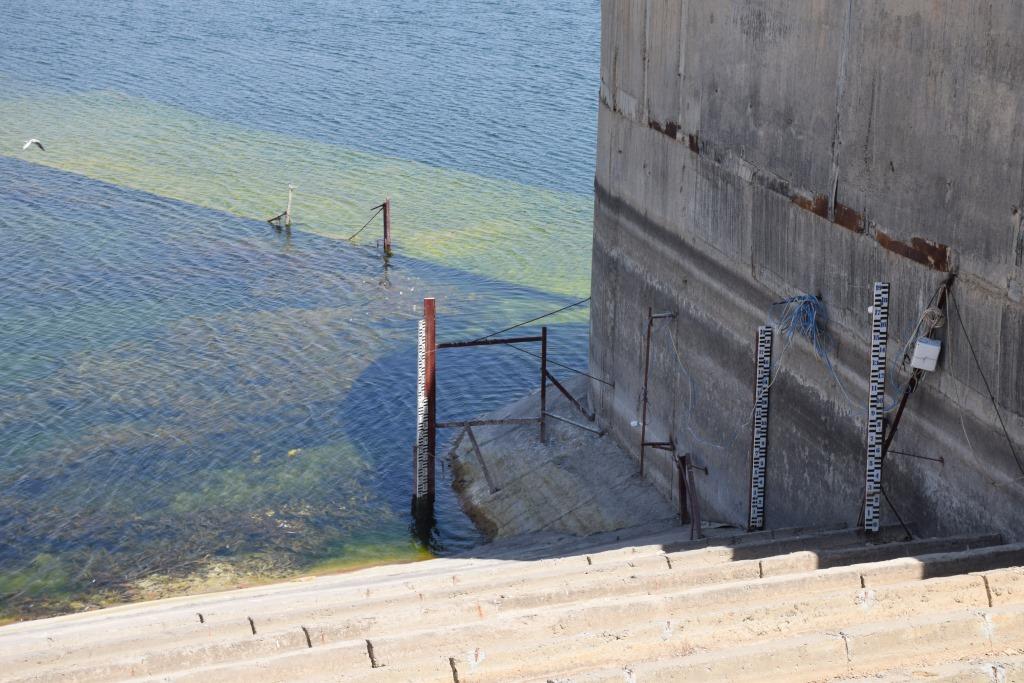 Large amounts of the flowing water of the Euphrates River had been remarkably reduced due to continuous blocking the flowing water by Turkish occupation since 5 consecutive months, while the director of the Rojava Dam (Tishreen), Engineer Hammoud al-Hamadin, saying” immeasurable suffering would be brought to the area, in which the river will considerably reduce in autumn season.”

“The lake of the Rojava Dam has turned into a riverbed,” this is how Engineer Hammoud al-Hamadin, director of the Rojava Dam, began his talk about the reality of the Euphrates River, which the Turkish occupation state is blocking large quantities of from the Syrian and Iraqi lands.

Al-Hamadin says that the Rojava Dam lake has lost more than 5 meters of its stock, and is close to reaching the dead level after which the dam will not be able to continue its work, while indicating that the Euphrates Dam lake in Tabqa has lost up to 4 meters.

The lack of water imports from Turkey is unprecedented!

The Turkish occupation state is openly and on all fronts fighting of North and East Syria, and the occupying state does not spare any effort in the eradication the existence of Syrian people and annexation many Syrian lands.

The director of the Rojava Dam, one of the three Syrian dams built on the course of the Euphrates River, says that the lake of the Rojava Dam has decreased by more than 5 meters, and is now approaching the dead level at which the work of the dam is supposed to stop and what is called the lake is canceled, and adds: “About only one meter and we reach the dead level, which will mean an environmental and humanitarian disaster.”

Al-Hamadin points out that “were it not for the highly regulated use of the water in the lake, we would have witnessed environmental disasters. The low level in the Rojava Dam lake does not mean that the matter is simple. The strategic stock of the lake’s work is 5 and a half meters, and the 5 meters out of service means the end of the lake and the depletion of the lake’s stock.” This is due to the lack of water resources from the Turkish side.”

He continues: “The current lack of water is unprecedented. Previously, Turkey used to block water for a month and then give a splash for two or three days. This meant a glimmer of hope to continue the work of the dams, save agricultural crops on both sides of the river, or maintain strategic levels at a minimum. But for five months, the rate has been completely constant, at about 200 cubic meters per second and sometimes less, and this is directly reflected in the level of the lakes.”

Thoughtful use of water

As a result of the dam’s suspension and the lack of water in the lake, al-Hamadin says that “there is a suitable environment for the reproduction of all kinds of germs, especially since the Turkish side also throws industrial waste from factories and sewage into the river. When the water decreases, the concentration of this pollution increases, and we get a lower quality of water. In the case of water engineering, we know that the river washes itself by itself through its flow, but at the present time the river is stopped, so we lack this advantage.”

The following video unfortunately does not contain English subtitles.