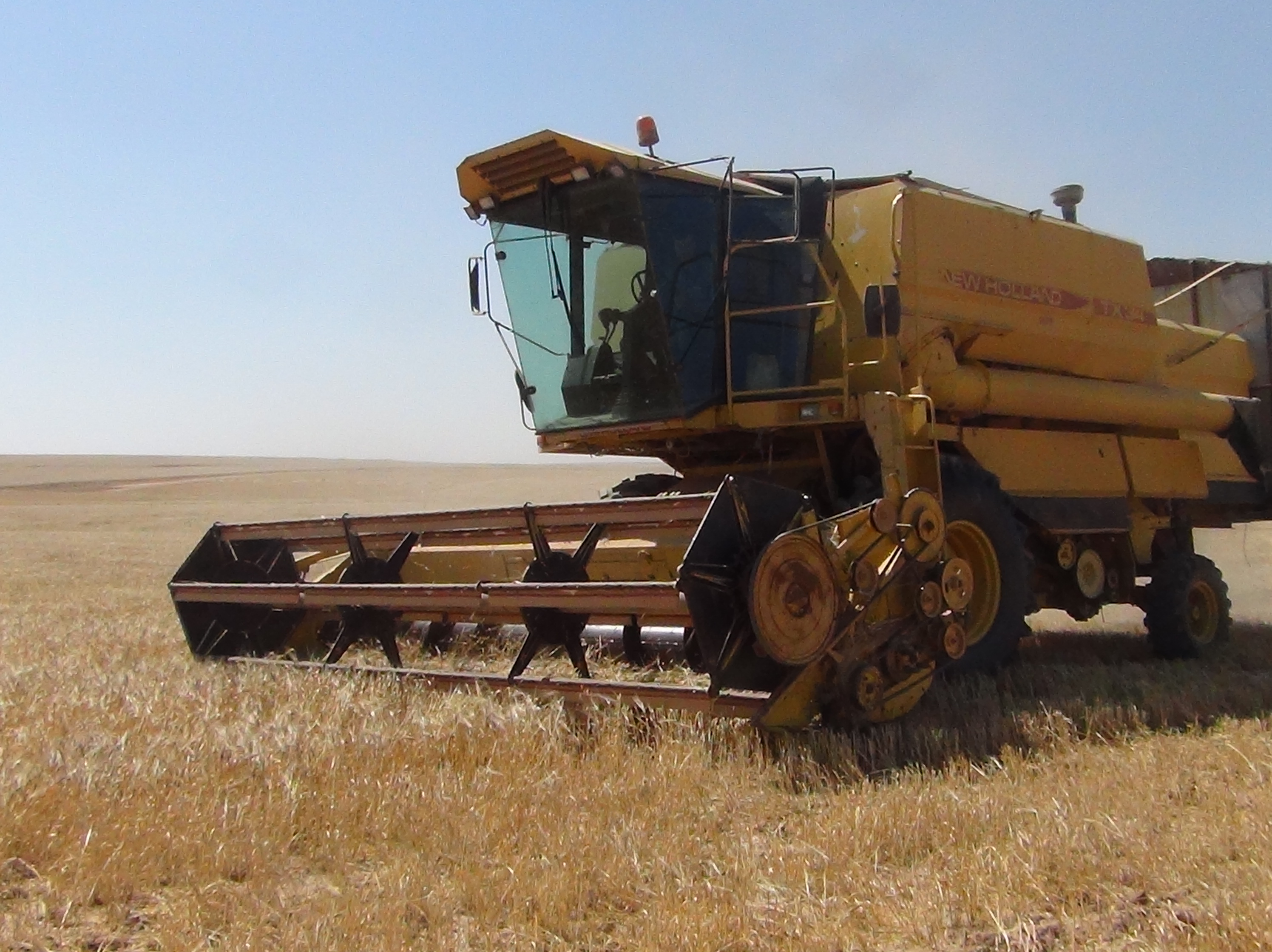 Dirbêsiyê ─ With the start of June, agricultural and livestock co-operative Kasrek [Qesrik], the largest co-operative society of Jazira Canton [Kantona Cizîrê‎ / Cezîre], began harvesting their rain-fed and irrigated crops. They will distribute the profits among 5,300 members.

Kasrek Co-operative, a project of The Centre for Economy in Derbesiye‎ [Dirbêsiyê / Al-Darbasiyah], is considered the largest co-op in Jazira in terms of size, diversity of departments, employees and participants─and also because of its economic importance, which contributes to the improvement of the communal economy and raises the spirits of co-operation.

Kasrek covers an area of ​​around 32,000 acres of rain-fed and irrigated land, where they are cultivating crops of cumin, corn, barley and wheat, in addition to using greenhouses to grow vegetables such as tomatoes and courgette.

– The department of livestock, with 1,115 heads of sheep

– The department of rain-fed agriculture

– The department of irrigated agriculture

– The department of animal husbandry

The Centre also has financial committees, and each committee has three members.

By the beginning of June, the workers started harvesting the crops for the first time since their formation on 12th July, 2016, with the support of the Economic Council in Derbesiye. After that, the produce will be distributed to the members.

During an interview with Hawar News, Abdul Aziz Haj Fatah, an administrator in Kasrek Co-operative Society, said that the people of the area have now become the beneficiaries of Kasrek’s agricultural land, which the Ba’athist regime used to give to its loyalists and supporters.

Haj Fatah added, ”We propose that the majority of the people benefit from the available agricultural land by forming co-operative societies with support from the Economic Committee in the city of Derbesiye, to improve the economy of the region and prevent monopoly.”