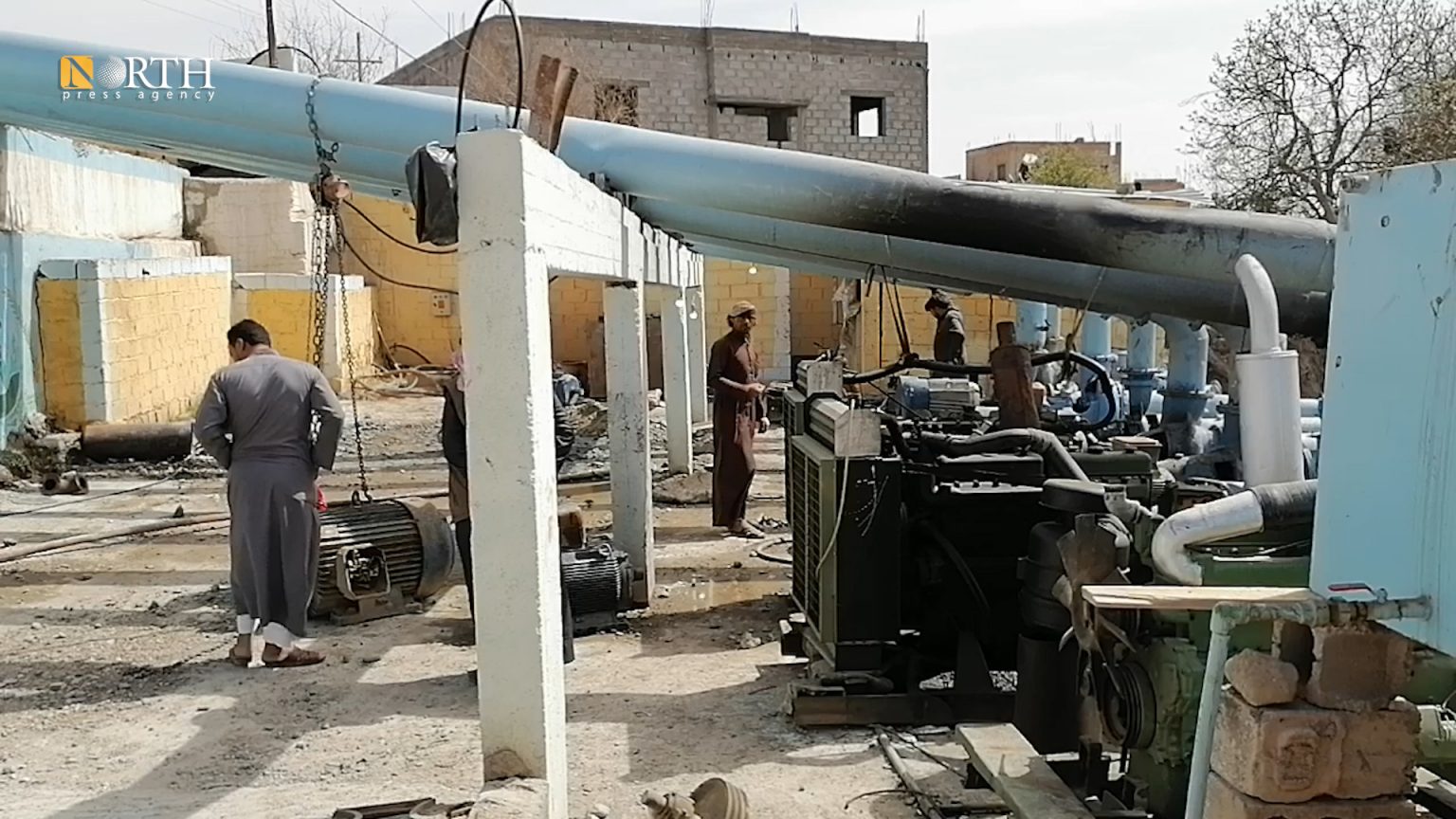 On Saturday, the Economic Committee in Deir ez-Zor, east Syria, provided six electrical transformers for agricultural associations in the eastern countryside of Deir ez-Zor in coordination with the Basic Services Program supported by the Global Coalition after the water level of the Euphrates River decreased.

The Head of the Agriculture Committee in the city of Hajin, Jindi al-Ta’ma, told North Press that the Committee received six electrical transformers to pump water to agricultural lands.

He held the UN and the international community responsible for putting an end to the Turkish violations, “which affect the people’s daily needs.”

This step came after Turkey began to seize water of the Euphrates River from Syria since mid-February, which has caused serious damage to the agricultural sector in the region.