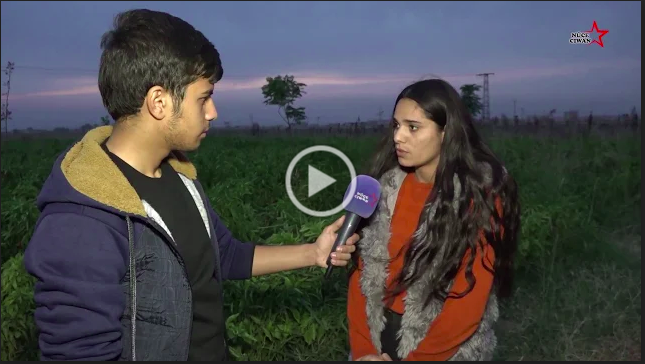 In the city of Kobanê, young people work communally in co-operatives farming together on one field. Highlighting that Rojava is under economic attack as well as politically and militarily, our correspondent Can Alewi interviewed the young people working on these fields.

The system in Rojava is built on the foundations of the ideology of Leader Abdullah Öcalan who constructed an alternative to the capitalist system based on 8 critical principles. These principles are political and ethical society, economic autonomy, women’s liberation, democratic politics, self-defence, diplomacy, self-administration, social and cultural life.

Economic autonomy which was designed as an ecological, communal and humanitarian form of living, carries greater importance for the Rojava region as attacks towards the liberated Kurdish area increase. An example of this model of economy is the young peoples’ co-operatives in Kobanê where young people work communally on one field and distribute the income of the fields according to the needs of the people.

Yasmîn Kenan, another young woman, explained that as embargoes and pressures increase on the region, the situation of the needy people worsens. Yasmîn explained:

“As the young women’s union, we started this co-operative to feed our poor people. This project was a victorious and developed step for us because the state plays with the people economically, according to its own benefits. We took this step to ensure that the state is not able to decide if we eat or not. We started planting in May and the season is about to come to end, so we are trying to work as fast as we can to reach everyone.”