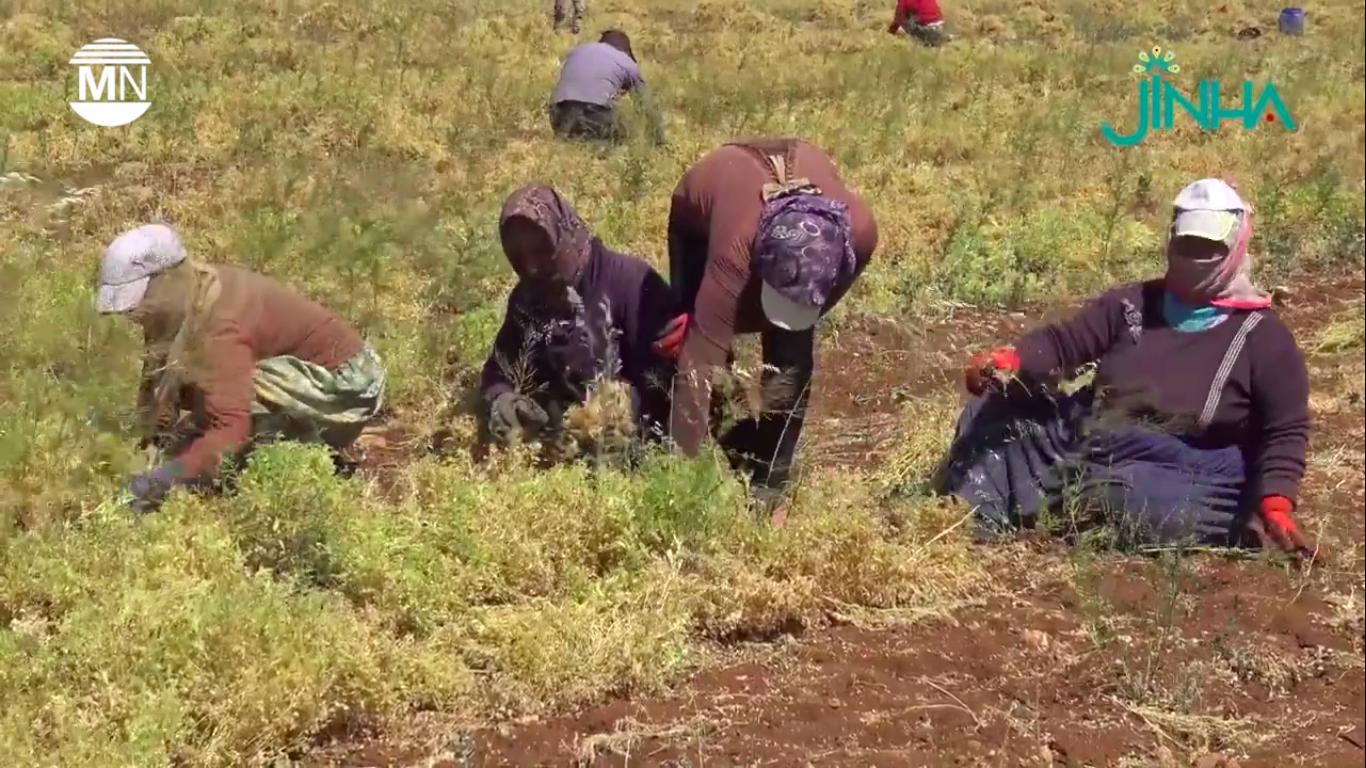 Three years ago, Turkey and its sponsored and supported militias took over Afrin, and through systematic pressure, intimidation and violence against the Kurdish residents, forced 300,000 Kurdish residents to ‘migrate’. Many of the displaced residents of Afrin took refuge in Shahba.

The people of Shahba and the displaced women from Afrin have become living examples of practical solidarity, as they jointly share their activities in all areas of life.

The Agriculture Board of Afrin in North and East Syria has created job opportunities for Afrin’s refugees in the neighbouring town Shahba. This year, the Agriculture Board planted lentils in 12 hectares of arable lands. Local women from Afrin and Shahba have been harvesting the produce of these fields in Shahba together in a spirit of solidarity since the beginning of May, according to Jinha.

Emine Hemo describes their work: “We go to the fields early in the morning and dig in the fields until noon. This is hard work, but when people help each other, it is not that difficult. We work in the fields to support our families. We have learned how to harvest since we were children and today, we are doing what we learned from our grandparents.”

Bedriye Bekir has been working in the fields and farming with her mother in Afrin since she was a child. Recalling those days, she said: “I used to work in the fields with my mother since I was a child. In Afrin, during the harvest season, we used to make tandoori bread early in the morning and then go to the fields.”

Bekir hopes to go back to her hometown Afrin one day, when Afrin is liberated, but until then, she is dedicated to earn her living by working earnestly: “Today, we are in Shahba, we were forced to migrate due to the Turkish occupation. But we continue our culture and our work that we learned through our mothers,” she said.