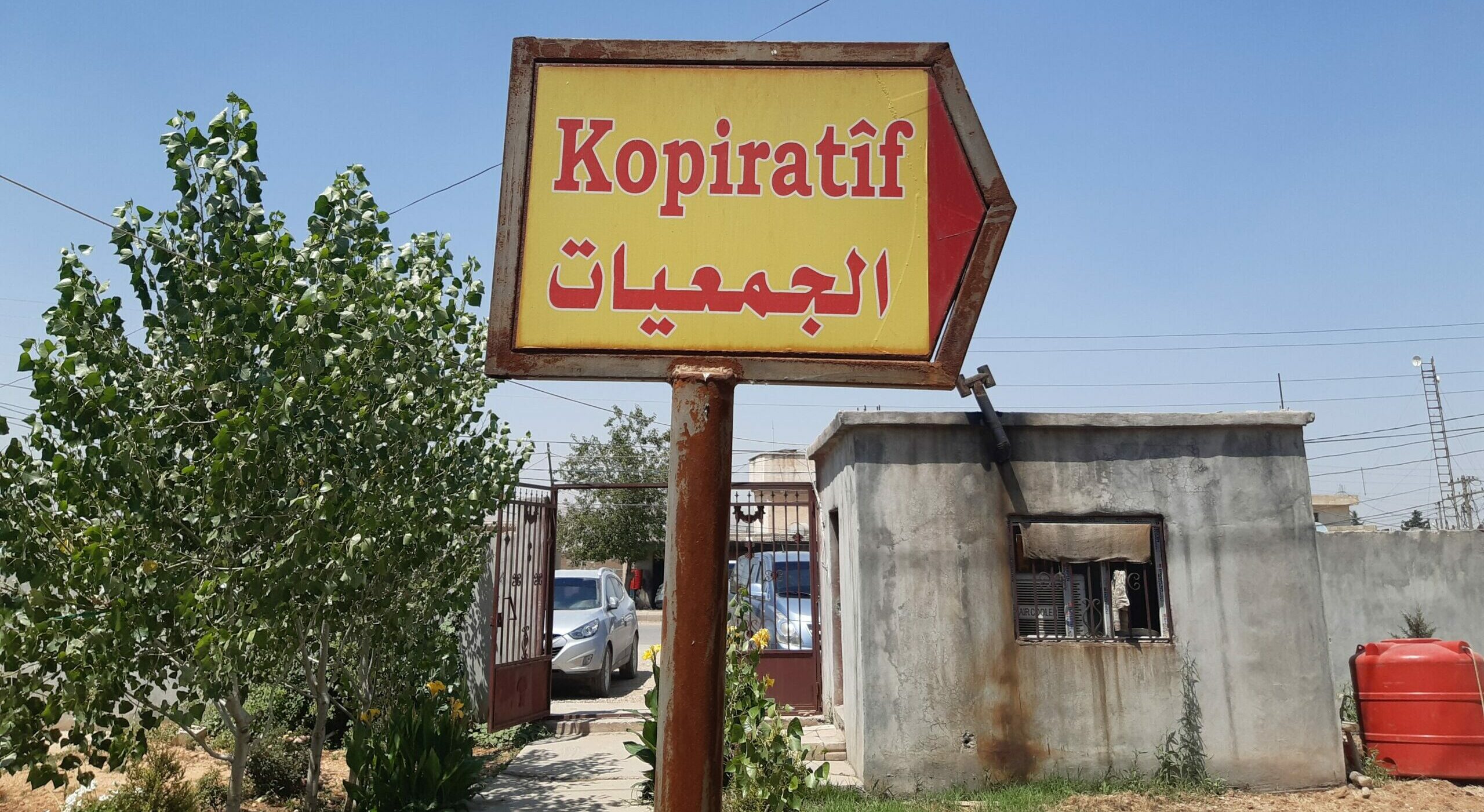 As a word, ‘economy’ means the rules of the home and family. But the word ‘family’ nowadays is different to the one connected to economy. The word ‘family’ once expressed the basis of social life. Society organised itself like a family in order to ensure and sustain its life. To protect this sociality, and to continue life based around the family, the word economy was developed, meaning the ‘rules of society’ were respected. In this way, the economy has emerged as something intrinsic to society, according to its need to develop and reproduce itself.

The Neolithic culture of village life and agriculture solved the basic problems of society, such as food, protection and social reproduction, through an economy tied to sociality. People farmed and produced for themselves, solved their settlement problems through the construction of villages, and so secured safety and sustainability of life. Women’s labour and culture is the foundation for all this development.

Economy is necessary for all communities. Societies which are not economically independent and productive enough to be self-sufficient will always be dependant on others. Economy is a necessity for the sustainability of life. Building an independent economy is a vital necessity for freedom. If a society loses control of its economy, it means that society has lost and inevitably it will vanish.

The economy is a social and historical activity. We must understand the reality of how societies work together and create.

Reaching our social and historical goals only begins through an understanding of the power of both individuals and society working together. A system where one person works and another one gets the benefit is not acceptable. People should not be slaves of the system. The community defines its needs, works together on that basis and shares everything. That is why we call this model a communal and democratic economy. In that kind of society, everyone works, everyone is involved, and everyone benefits. This is the sprit and nature of a communal and democratic economy. This system was called ‘family’ in previous times, now it is called a ‘co-operative’. And that’s what Abdullah Ocalan calls ‘communal economy’.

A society can solve its social and economic problems and have a future through this communal-co-operative economic system. Co-operatives are necessary institutions for a communal economy.

A co-operative is like a human body coming to life, articulating the reality of a communal economy. Abdullah Ocalan explains this system as, ‘one for all and all for one’. The more a society builds co-operatives according to this rule, the more it will be able to build a democratic communal economy.

Co-operatives play a very important role in building a social economy. As Abdullah Ocalan always says, in order to build this system we need to develop the methods of co-operatives further. Co-operatives mean working together and mutual aid, the basis of organising the communal economy. To build up co-operatives in a society means to defend the sharing, co-operating, supporting, preserving, respecting and loving nature of society.

Co-operatives are based on these values and conduct economic activities accordingly. With those principles, co-operatives preserve the moral and political qualities of society, making it a sociological, as well as economic, organisation.

Co-operatives mean for a society to unite its labour, art and economic opportunities, to provide for its daily needs in this way, and at the same time protect itself from the forces of the capitalist state. A co-operative is the most productive economic organisation for society. Co-operatives are based on members of a community working together, developing communal life and organisations, seeking only to build each other up and love each other. A co-operative must not be developed unless this consciousness is established, otherwise it will end up in service of a state monopoly.

Co-operatives are based on the principles and decisions set out in the Social Contract and in the General Guidelines for Co-operatives.

Each co-operative must have a unique name in accordance with the following conditions:

Each co-operative must have its own stamp and financial records and books.

2. Proper use of existing opportunities to meet the material needs of society.

3. To build a sense of social responsibility for the moral and political development of the society.

4. To fulfil society’s primary needs, in accordance with the conditions of war.

1. Those who join a co-operative must be a member of a commune.

2. Anyone living in a canton can be a member of a co-operative.

1. The main goals are working together, supporting each other and developing communal life.

2. In the first meeting of a co-operative, the tasks and activities to be performed are defined. On this basis, work and responsibilities are shared.

3. All work and activities of a co-operative is performed by its members. If there is a need for expertise, work from outside can be brought in, but this decision must be taken by the co-operative’s assembly.

4. If a co-operative does not fulfil its duties and responsibilities, the House of Co-operatives in the region may dissolve it.

1. The expenses must be deducted from the total.

2. The remaining product is distributed as follows:

1. All the elected members meet at the Co-operative General Members Meeting.

5. Meet once every three months with all members present.

6. In an emergency situation, a minimum of one person more than 50% of members (50% +1) can call an emergency meeting.

1. The Management Committee implements all the decisions and plans taken in the Co-operative Assembly.

2. Within the framework established by the Assembly, the Management may decide about the way a co-operative is run, and the work that is being done.

3. Management may make proposals for the development of the co-operative to the Co-operative Assembly.

4. The Co-operative Assembly elects its management in the first meeting and the Management Committee must consist of at least three people.

5. Each member can hold seat twice for the Management Committee and Co-operative Assembly.

8. The Management Committee, with its monthly report prepared, attends the monthly meetings of Co-operative Assembly.

9. The Management Committee, with its monthly report prepared, attends the monthly meetings of the House of Co-operatives.

Finance and Archive Committee of a co-operative

2. A member of the Finance Committee cannot join the Management or other Committee.

4. At the end of each season, it issues and submits its report to the Co-operative Assembly. (The Assembly shares the report with the co-operative members.)

5. Two members from the same family, or two relatives, cannot be on the Finance Committee at the same time.

1. The Supervisory Committee is elected by the Co-operative Assembly and must have at least three members.

2. The Committee monitors the activities of the co-operative. If an issue arises, the Committee investigates the matter and submits its report to the Co-operative Assembly and the House of Co-operatives.

3. Members of this committee cannot join another committee in the co-operative.

4. Each co-operative prepares its own protocol outlining its programs, work and activities.