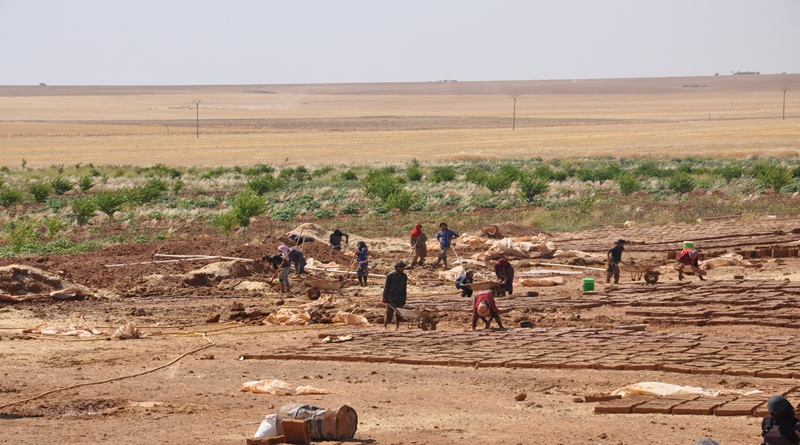 DIRBÊSIYÊ- Construction work continues in Jinwar, the first women’s village in the Middle East. In every new construction in the village, women’s hope for freedom increases.

Rojava women, who began their journey with the motto, “The Rojava revolution is a women’s revolution”, appear as fighters or sometimes as politicians. The Rojava revolution has already come to fruition as hope for all women in the world. One of the successes is the village project. In the village, the women will form a free and communal life. The building of Jinwar village began on March 10 near Dirbesiyê city and the construction work in the village continues at full stream.

Emînê Hêliz, who works as institutional spokesperson in the village committee of six women, expressed that this is the first time this kind of project has been conducted in Rojava. “The purpose of the establishment of Jinwar Village is very sacred. We want the women to improve themselves in both ideological and military area. The women will know themselves more in the Jinwar Village’s way of life and they will understand they can live by themselves.”

Emîne talked about the capacity of the areas where Jinwar Village is being built and she gave the following details: “The village is being built on an area of 300 acres. We decided to build 50 houses here. 21 houses have been built so far within the scope of the project. One part of the village is reserved for agriculture; we plant wheat and barley there. We will plant trees in one part; we will build houses in the other parts.”

Jinwar will have a school

‘Jinwar is the way of freedom’

Sureya Elmîhel has taken part in the work for 10 months along with her children and she said, “We are building a free life by building this village. We will take bigger steps in the next period.”