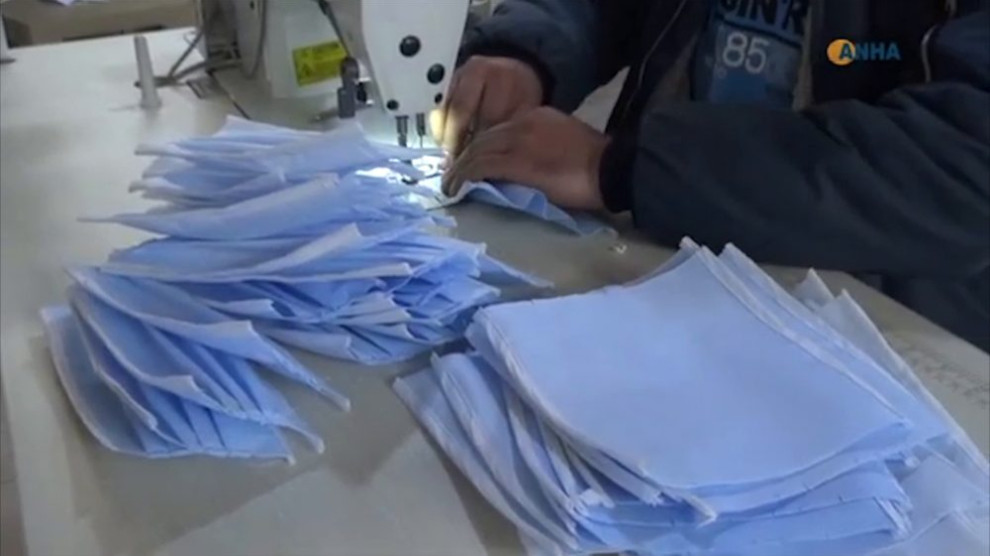 Shehba is the region where hundreds of thousands of people displaced from Afrin live and their primary needs are met by the commune to which each house is connected.

In North and East Syria, one of the few places which has so far not reported any case of coronavirus, precautions taken against the epidemic are very high. Production of masks and gloves in the region has begun.

In the region, the production of gloves and masks has begun, and the communes are responding to the needs of the people who have been asked to stay indoors.

The municipalities continue their cleanining and disinfection activities in Northern and Eastern Syria, which has declared a curfew on 23 March as part of the struggle against the coronavirus outbreak.

People in Shehba are not going out, following the Autonomous Administration indication and their needs are met by the communes.

Shehba is the region where hundreds of thousands of people displaced from Afrin live and their primary needs are met by the commune to which each house is connected.

Commune members, who have shared work among themselves, distribute packages to houses in line with the lists created.

Production of masks and gloves

Some places in the region have already been turned into health centers. While masks and gloves are distributed, some textile workshops have begun producing these crucial medical equipments.

A workshop in the Fafin region of Shehba has began production according to need. Some 5,000 masks are produced on a daily basis. In the first stage, it aims at producing 100 thousand masks.

In addition to masks, the factory also began the production of gloves.

The production of these equipments is for the cantons of Kobanê and Jazira.

These measures and production are carried out despite the Turkish-led attacks on the region, especially in the town of Til Rifat.