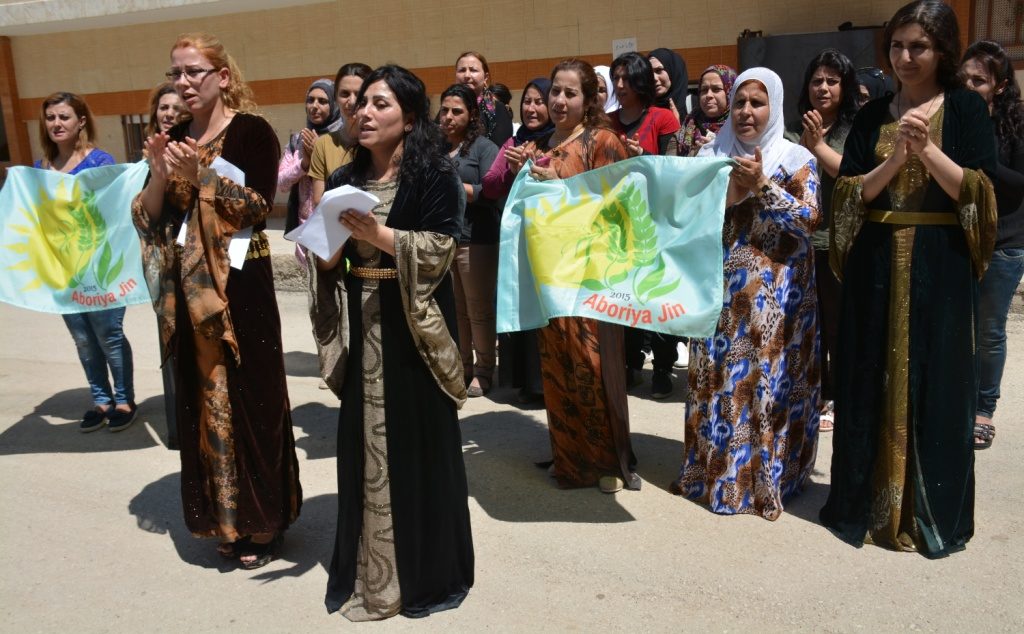 To condemn the capitalist mode of production is a simple enough thing, especially for those who bear the brunt of its horrors. The challenge is to begin to imagine serious alternatives, ones that sustainably address both our current economic and social inequities. For those concerned with overcoming capitalism the solution must include two components. It must include a ‘survival’ aspect to address immediate needs (of hunger, homelessness, and unemployment) and simultaneously blueprint sustainable alternatives for the future. That is it will need to build both defensively and offensively, for present and for future. Radicals and anti-capitalists have through theory, principle, and finally experimentation answered this call in a number of ways. To some it has looked like a heavily centralized “state” structure to put resources where they are needed (think Soviet Union), while others have sought to disperse economic power to localities, communes, and workers councils (think revolutionary Spain). In the face of the overwhelming push for privatization of US society, communities have begun to embrace co-operatives as the building blocks of an alternative, egalitarian economy.

A co-operative, according to the International Co-operative Alliance (ICA), is defined as a business “…owned and run by and for their members…[who] have an equal say in what the business does and a share in the profits.” More than this though a co-operative is defined by its values of  “…self-help, self-responsibility, democracy, equality, equity and solidarity.”This stands in contrast to a for-profit business’ strict hierarchy, authoritarianism, and production of alienation.

Co-operatives are not minor players, either. According to the ICA there are over 2.6 million co-ops worldwide with about 1 billion members. The ICA estimates that the 300 largest co-ops had a turnover of  $2 trillion in 2014. In the U.S., according to the University of Wisconsin Center for Co-operatives, over 30,000 co-ops account for more than $500 billion in revenue, employing nearly 1 million people. These range from retail stores to healthcare, entertainment to education, and transportation to credit unions.

Academic studies have also lent evidence the viability and successes of co-operatives. A 2016 study in the Journal of Labor and Society concluded that co-ops, “are neither quaint anachronisms nor utopian fantasies: they are real, viable economic alternatives, with both economic muscle and idealistic soul.” They point to the relatively equal level of ‘productivity’ compared to private enterprises, more stable employment (especially in the face of economic crises), and higher levels of work satisfaction among worker-owners and less “alienation.” The study also notes the mounting evidence of a democratic spillover effect (my term), where worker-owners develop a political consciousness that extends outside the co-op into the community, both national and international. The study also highlights important challenges facing co-operatives, primarily tied to the bourgeois class’ hesitancy to lend capital to co-operatives (they are not, it seems, foolish enough to bankroll their own successor). It should also be noted that a co-operative in and of itself does not make a revolution, and can risk becoming isolated and eventually defunct.

In order for co-operatives to successfully bridge the divide between surviving presently and supplanting capitalism entirely, innovative strategies will have to be created. The authors of the above study highlight linkages between organized labor and worker co-operatives as one potential strategy to overcome the otherwise limited influence of co-ops. They point specifically to Resolution 27, unanimously passed by the United Steel Workers in 2014, establishing a partnership with Mondragon (a federation of Spanish worker co-operatives, including some 70-80,000 worker-owners) to help establish unionized, worker owned co-operatives in the U.S. and Canada (you can also learn more about this effort at their website, 1worker1vote.org). While such efforts are encouraging, they may falter unless a keen awareness is developed for confronting the intersecting oppressions upon which our society and economy are built: racism, patriarchy, ableism, etc. The above study notes that while the resolution is exciting, connections between organized labor and co-operatives have existed in the past and fizzled out.

New avenues must be explored then to craft dynamic solutions to old and new problems. Such promising cases exist at the grassroots both within the U.S. and abroad, unique to their historical and material circumstances. I will examine two such cases.

Co-operatives for Civil Rights and Autonomy

In Jackson, Mississippi, a city named for infamous racist/genocidaire Andrew Jackson, a grassroots movement, Cooperation Jackson, has emerged attempting to build a “solidarity economy…anchored in co-operatives and other worker owned, democratically self-managed enterprises”. In language reminiscent of the Black Panthers and Black Lives Matter, they posit that the only time black lives ‘mattered’ in the U.S. was when they were in bondage. Since the economic system has remained essentially unchanged since those days (profiteers of slavery were never made to pay reparations) to ‘matter’ in such a system is utterly undesirable. Co-founder of Cooperation Jackson, Kali Akuno, boils it down to this equation: the more value (profits) black labor produces, the more they are valued, the less value (profits) the less they are valued, and when they are unprofitable they are easily discarded. Echoing Martin Luther King’s concerns that black people in the US were “integrating into a burning house.”

Cooperation Jackson proposes a mass movement that incorporates building social projects while also seeking independent and transformative economic development. Akuno goes on to say these projects must be independent of state and capital, democratically and worker owned initiatives that empower the community to address social, economic, and material needs; ranging from community self-defense to community farms. A core objective for the organization is the supplanting of the economic system of capitalism, highlighting the threat of incorporation into the ‘burning house.’ These initiatives also expose the unique structural inequities of the American settler-colonial project and the mix of social liberation and anti-capitalism that it will take to create a true alternative economy.

Cooperation Jackson has established the Chokwe Lumumba Center for Economic Democracy and Development a community center that includes health and wellness programs, and a community garden called the ‘Freed Farms Co-operative.’ They have begun buying plots of land to establish farm co-operatives in an attempt to decommodify (i.e. make it a public good) as much land as possible to counter gentrification. They are currently fundraising for a factory and have plans for such ambitious projects as a construction co-operative, housing co-operative, waste management/recycling co-operative, and an arts and culture co-operative. Though these may seem like ambitious goals, the recent election of Chokwe Lumumba, Jr. (for whose father the community center is named) to mayor of Jackson, partially due to grassroots campaigning from Cooperation Jackson, means the group may have an ally in office. Lumumba has promised to make Jackson, “the most radical city on the planet”. Ambition and courage are paying off.

Co-operatives for Democracy and Women’s Emancipation

Across the world, in the midst of war-ravaged Syria, an ongoing social revolution in the mountains of Rojava is putting into form similar ideas. The economic system is being established along the principles of Democratic Confederalism: direct democracy, feminism, and ecology. In keeping with these principles, the economy is being set up to “augment the resources of the society instead of exploiting them, and in a way that satisfies the society’s multitude of needs.” Dubbed the ‘social economy’ by the Kurds, its primary goals are neighborhood control of resources, supporting the natural environment, and creating a strong infrastructure; to fuse the social body and the economic one.

Once the Assad regime retreated or was forced out, the Kurds redistributed the land to the smallest form of its new democratic corpus, the commune (or the neighborhood, typically consisting of 100-500 households). At these neighborhood assemblies, individuals propose co-operatives, and they are voted on by these assemblies. This process has been stunningly detailed in the recent book, Revolution in Rojava: Democratic Autonomy and Women’s Liberation in Syrian Kurdistan (Pluto Press, 2016). The authors note that in regard to co-operatives, “diversity blossoms, with co-operatives being built for bread-baking, textile production, sewing and alterations, cheese-making and other dairy production, growing peanuts and lentils, and selling cleaning materials.”

Many challenges still remain. For generations the Kurdish population was treated as a cancer requiring ‘excision’ by the Ba’ath party, under President Hafez al Assad they pursued an ‘Arab Belt’ policy seeking to push Kurds off the border between Turkey and Syria and resettle Arab farmers there. Proving partially unsuccessful they instead economically underdeveloped the region, what the authors regard as ‘quasi-colonialism’. The region was forced to produce only monoculture crops (primarily cotton and wheat, so much so that the northeast canton of Cizire produced 50% of all Syrian wheat) with no ability to process those raw goods. With Assad gone (for the moment) and land in the hands of the people, they have been able to diversify and have begun to produce for themselves based on their needs and desires, as determined by principle and the neighborhood commune.

In an attempt to overcome patriarchal restrictions, the Kurds in Rojava have emphasized women’s emancipation as a primary principle. Prior to the revolution, Kurdish women had faced, as they describe it, the double oppression of being Kurds (an oppressed minority in Syria) and women being de facto dependents of their husbands. Women in the region faced economic isolation as well as being subjected to honor killings, underage marriage, and domestic abuse. Spearheaded by the Kurdish federation of women’s movements, ‘Kongreya Star,’ they declare there can be no truly free society without the liberation of women. “In every council, every commission, every leadership position, every court, women must make up at least a 40%.” This also includes independent women’s committees, militias (the now-famous YPJ), and women’s co-operatives.

Five years in the people of Rojava are attempting to, in the face of crushing economic sanctions and Daesh terror, establish an ecological and democratic industry to meet economic and social needs.

While co-operatives offer many advantages, demystifying them will be as important as building them practically into our lives and movements. The trees cannot be lost for the forest, the inspiring examples set by Cooperation Jackson and the Kurdish people of Rojava offer models of how co-ops can be integrated into broader social fabrics. They lend evidence to the power of a thorough and intersectional politics, that the economic conversation must happen alongside the social one and the political one. While co-ops can be humanizing and powerful in their own right they cannot fully supplant exploitation and oppression (inherent in capitalism) in isolation. But they are also more than a band-aid solution to a chronic disease.

Our thinking will have to engage with the material conditions around us while also exposing and upending the illegitimate hierarchies of patriarchy, white supremacy, colonialism, etc. This must be as inherent as the function of the co-operative itself. Like the women’s lentil co-operatives of Rojava, economic independence will have to be interlinked with social liberation. Otherwise co-operatives risk becoming passive bystanders to violence of capitalism. It will have to be asked of us: are co-operatives the means or the ends in themselves? While ultimately the ends are unknowable we must build them consciously. In other words, the means must be pregnant with the ideas of the ends.