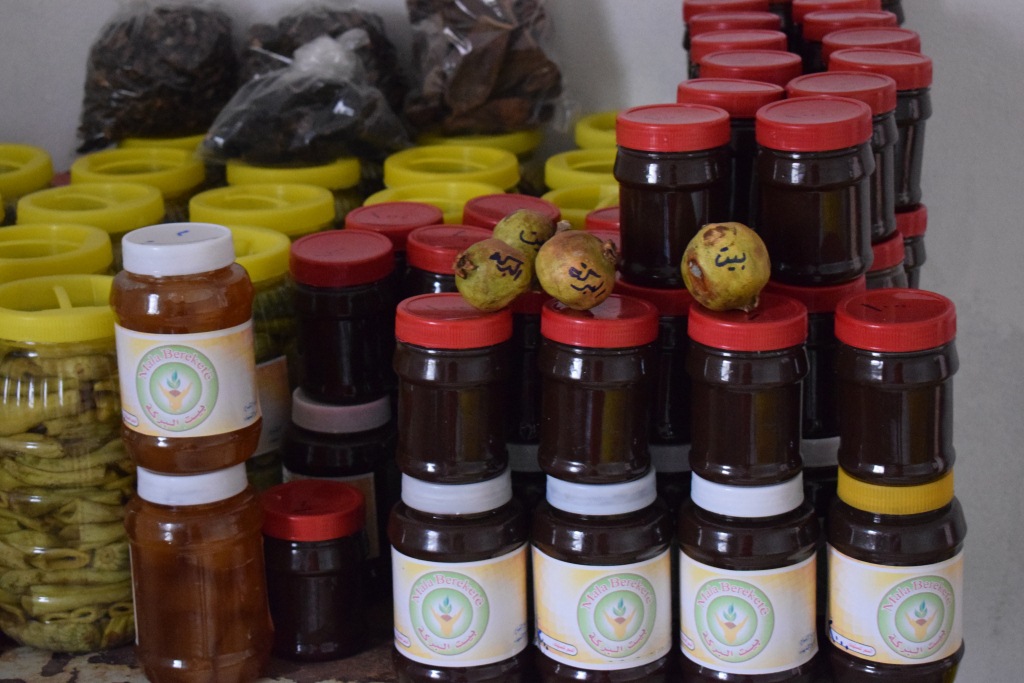 The ten workers in Al Barakah Co-operative are about to finish making the winter supplies, such as dried vegetables, pickles, pumpkin jam and olives.

The Women’s Council announced the formation of this co-operative, in co-ordination with the Committee of Economy and Municipalities. The co-operative is called Beit Al Barakah [House of Delight], and it aims to get women out of exploitation and persecution. The female workers have proven that they can work and improve society; they have been working for two months and the project is now about to finish.

The supplies are pumpkins, courgette, green beans, and various kinds of pickles, such as pepper, pumpkin, cucumber and turnip. They are also making pumpkin jam, which is being sold in the markets of Manbij.

Beit Al Barakah relies on the shares bought by participants

The administration of Beit Al Barakah organised with the farmers of the villages of Al-Yasti and Al-Mankubah, which are in the north of Syria, to secure some of the ingredients needed for the supplies. The administration has also headed to Al-Hal Market for more ingredients and vegetables. The pickles weighed 800 kilos; the weight of the pumpkin jam was 60 kilos.

Working to make winter supplies in the summer

Sarah Ibrahim, an administrator in Beit Al-Barakah, said that the workers in the co-operative work with precision and a good standard of hygiene, from 8:00 to 15:00. She also said that they began making winter supplies in the summer with seasonal vegetables.

Sarah said that they had bought all the vegetables from Al-Hal Market: 80 kilos of olives, and 3 tons of pomegranate, which had been farmed in the villages of Al-Yasti and Al-Mankubah. Sarah confirmed that the supplies will be sold in the centre of the co-operative, and they will also will be making sweets in the future.

It is important to mention that the members of the co-operative are also the workers.