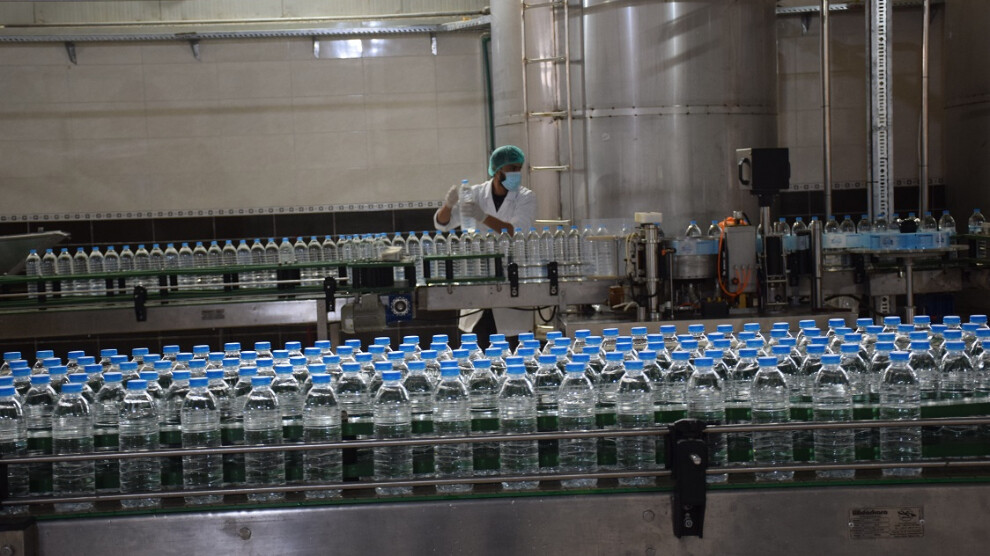 The Autonomous Administration of North and East Syria make a serious effort through various projects to provide advanced conditions for local people and creates new fields of employment.

One of the most important projects launched in the region is ‘My Sun’ Spring Water Processing Facility, which was put into service in Biyaze village in the south of Tirbespiye district. In the facility equipped with advanced technology to provide clean and purified water, various types of water bottles are also produced.

The factory consists of 2 main departments; water bottles are produced in one department and filled and packaged in the other, said Eyûb Hesen, one of the managers of the facility.

Hesen remarked that the facility will provide employment for local people, stop importation of water and meet the local market’s needs for clean water.

The facility will be operated on 3-shift basis following the expansion of works in summer months, and 40 more workers will be employed in the facility, according to the officials.