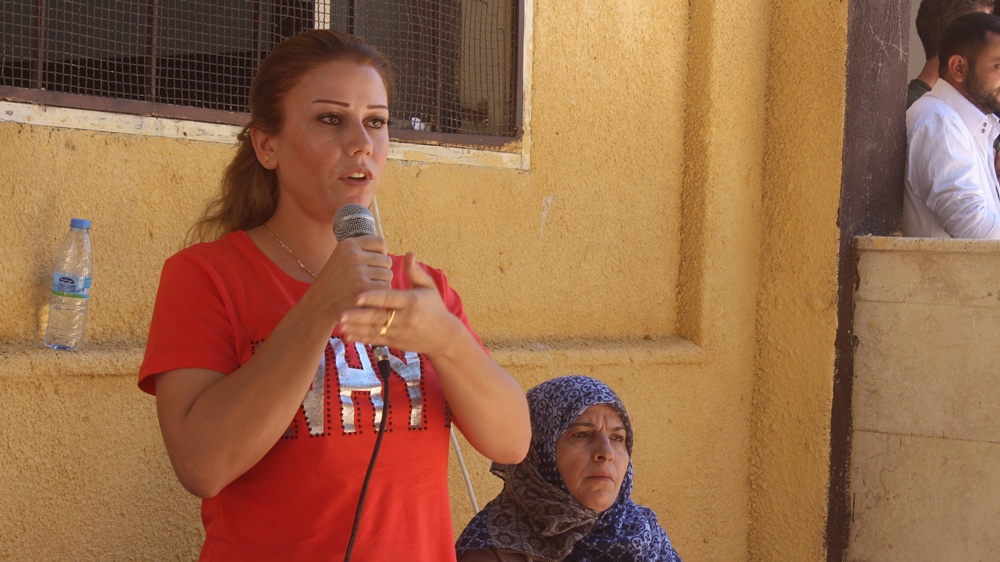 Administrators in the House of Co-operatives in Northern Syria organised a meeting for the people of Tabqa to explain what co-operative societies are and how they work.

The meeting was held at the Women’s Council’s park, and was attended by Ahmed Suleyman, a co-chair of the Economic Committee in Tabqa, two administrators in the Women’s Committee, and many of Tabqa’s residents.

At the beginning of the meeting, Nabila Muhamed, co-chair of the Union of Co-operative Societies in Jazira, talked about the idea of co-operatives, pointing out that co-ops depend on participation and the communal work of everyone, and that they improve the economic situation of every member. She also stressed the idea that women should be at the centre of these co-operatives, and they should be given the chance to become self-reliant to improve their own financial situation.

“We used to say that women cannot go out and can’t work, but now we can see that we are also working and defending our communities, and taking care of the household as well.”

“We will make new co-ops to create a communal spirit before everything else. Participation and co-operation are the most important things.”

Husein Muhammed, an administrator of the co-operatives in Girê Spî/Tell Abyad, said: “These co-operative societies create jobs for a lot of people in many fields. Each co-operative has its own special project that is built on co-operation among the members to reach their goals, and aims to improve the economy, reduce inflation and curb monopoly.”

Oz Al-Din Ibrahim, an administrator in the Co-operative Societies in Al-Shadadi, said that the co-ops change people’s mentality, so that they don’t only think about the profits, but think of others as well and create jobs and opportunities for everyone to live their lives with dignity.”

At the end of the event there were discussions among the people, and the administrators listened to people’s enquiries and suggestions about co-operatives.