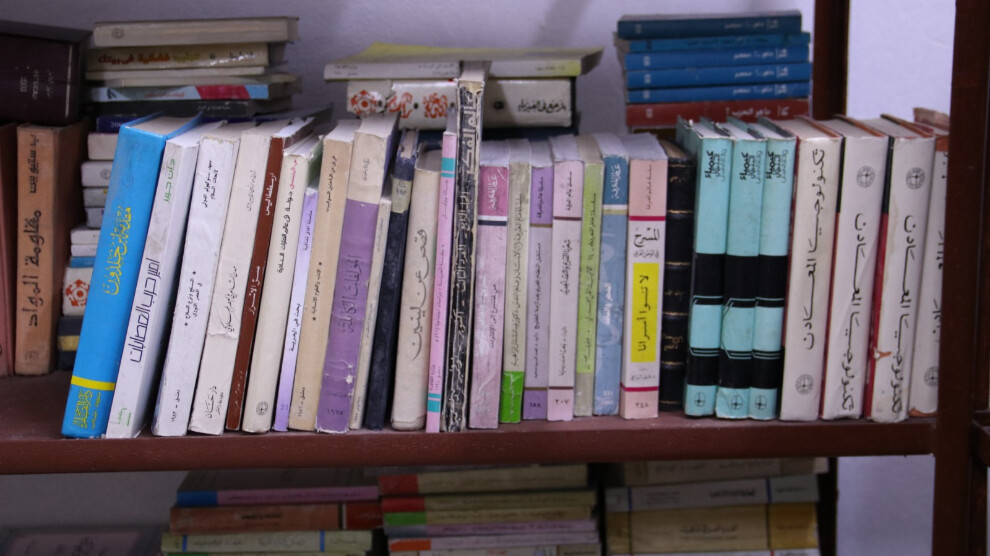 Aleppo Intellectuals House opened a library to contribute to the ideological and cultural development of the people. Some 500 books about politics, culture, society and history found their places on the shelves.

Aleppo Intellectuals House opened a library to contribute to the ideological and cultural development of the people.

This kind of work carried out for the development of society is the most important method of struggle all over the world.

The library, which opened its doors to readers in the east of Şêxmeqsud in June, houses books on politics, culture, literature as well as books translated in different languages. Those who want to enrich the library and contribute can donate books.

In the short time, the library plans to increase the number of books available in order to meet the demands of the readers. Some students will do research on the fact that book prices are expensive.

On the other hand, the library administrators said that they recovered the books from destroyed places in the neighbourhood, and that 20,000 books were found and catalogued, separating those damaged from those still intact.

The idea of the library

Ehmed Bîrhat, co-chair of the House of Intellectuals in Aleppo, drew attention to the fact that the chaos developing in the Middle East comes also from little awareness, and added that intellectuals and philosophers have an important role to contribute to the development of society.

Bîrhat told ANHA: “Man should learn from history, scholars and prophets were ruling society for a while. But in the 21st century, a solution to problems can be improving ourselves with social science and enlightenment. This is where the idea of ​​opening the library comes from.”

A citizen named Ehmed Xanime visits the library in his spare time and reads cultural books for about two hours a day. He said that reading is very important for the development of societies and urged the public to read books.

The revolution starts with reading

Noting that the revolutions in history started with reading, Ehmed Bîrhat said: “For example, when the revelation was clear to the prophet, (read in the name of the Lord) in the Christian religion, it was also in the Bible (In the beginning there was the word). This means that the basis of development is reading and knowing.”