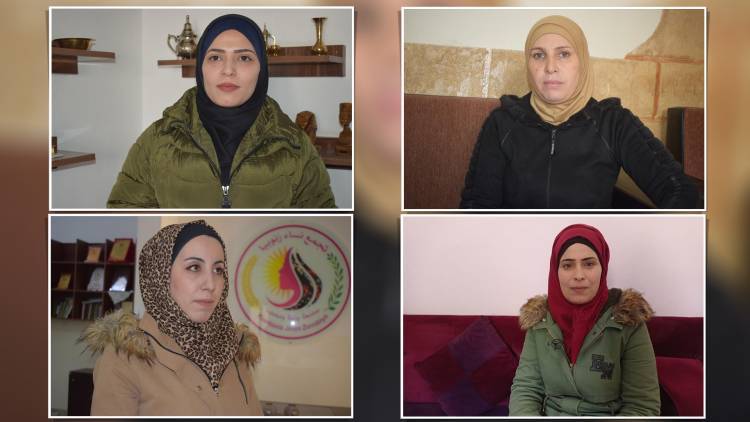 Zenûbiya Women’s Community has carried out many activities, actions, and works such as activating committees and coordination, holding meetings for women, enacting laws prohibiting child marriage, and empowering women’s economy. The community’s spokesperson and executives call on women to come together under the same umbrella.

Zenûbiya Women’s Community held its congress on June 1, 2021, with the motto, “We will protect our revolution and build peace with the organized women’s struggle.” The community is an umbrella organization for women living in the liberated cities of NE Syria such as Raqqa, Tepqa, Deir ez-Zor, and Manbij. The community, which aims to unite all women under the same umbrella, opened a branch in Manbij on July 10. The community’s spokesperson and executives spoke to NuJINHA about their works in 2021 and their plans for 2022.

“We activated committees and coordination”

Xud El-İsa, Spokesperson of the community, drew attention to the four-year struggle of women in Manbij, Raqqa, Tabqa, and Deir ez-Zor. “After the liberation of these regions from ISIS, Arab women founded women’s assemblies to guarantee their rights. After the foundation of the women’s assembly, the Zenûbiya Women’s Community was founded to unite all women living in Raqqa, Tepqa, Deir ez-Zor and Manbij. Women should take part in every part of life. We activated committees and coordination in these cities as we had decided at our congress.”

“Women should organize themselves”

Underlining that women should organize themselves and have an effective role in society, Xud El-İsa said, “We face challenges due to the patriarchal mentality. This mentality denies women’s freedom. Next year, we, as the community, should work harder. We call on all women’s offices and assemblies to come together under the umbrella of the Zenûbiya Women’s Community.”