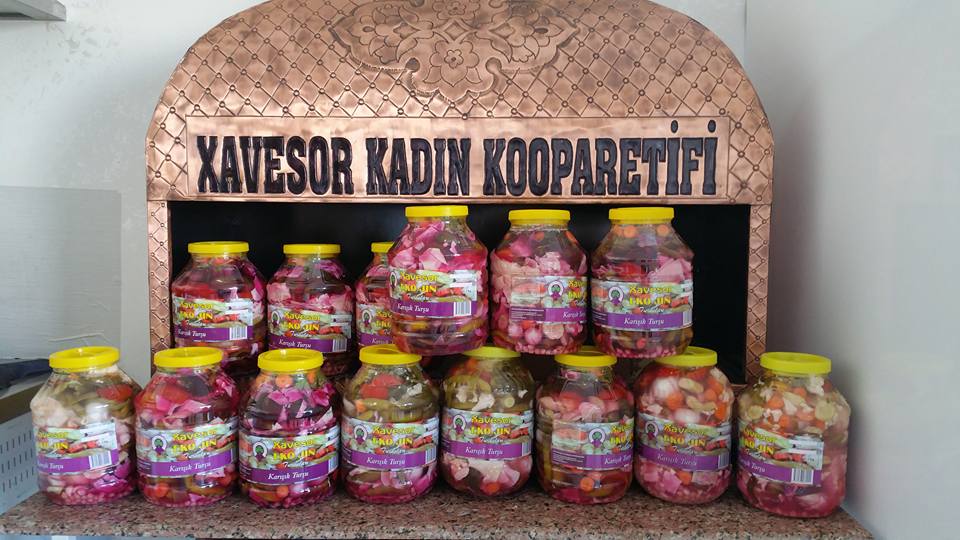 Bakur [North Kurdistan / East Turkey] – After Yıldız Çetin and Zeki Yıldız, the Democratic Regions Party (DBP) co-Mayors of Payîzawa (Gürpınar), were, like many of their colleagues, removed from office as a result of the State of Emergency, Osman Doğramacı was imposed as Administrator of Payîzawa.

One of his first acts in office was directed against women’s projects. They were closed. One of the organisations closed down by him was the cooperative XAWESOR, which was founded when the municipality was held by the DBP. The materials of XAWESOR were now confiscated. The stock and machines of the women’s cooperative have been put at the disposition of KADEM and the Sosyal Dayanışma Vakfı (Institute for Social Solidarity).

What is interesting about KADEM is that none other than Sümeyye Erdoğan, the daughter of Turkish president, chairs the organization. Handan Karakoyun, member of the local council of the DBP, said he was appalled about Doğramacı’s actions and announced that he was ready to use all legal means available to stop them.

It is known that women in Turkey, perhaps with the exception of relatives of the President, have a hard time finding employment. The women’s cooperative XAWESOR was founded to resolve this problem to a certain extent. Under the DBP, the municipality had supported the project and made space available to the cooperative. The women themselves brought in all the stock and the machines, which cost them a lot of effort. Women wove carpets, produced washing powder, made Yufka (a type of very thin bread) and (wholegrain) pasta. They pickled vegetables and worked with textiles. “We received the order to hand over the machines and the inventory a month ago”, Handan Karakoyun explains. She adds that they found out in a conversation with the new Administrator that, “He would like to make the material available to KADEM and the Sosyal Dayanışma Vakfı─at least during the holy month of Ramadan.” Handan Karakoyun is appalled by this scandal; the materials are the possessions of the women of the cooperative and not of the municipality. Meanwhile, the women have turned to lawyers for help.

The women’s cooperative XAWESOR is not the first victim of state-imposed administrator Osman Doğramacı. He has closed a number of other women’s projects, including a bookshop, a bakery, a health centre, a kindergarten, and a cultural centre. A women’s centre was also closed by him and was also handed over to Sümeyye Erdoğan. While Erdoğan’s daughter uses other people’s equipment for her work, the former mayors who had supported the women’s project are now in prison because of their activism for the people.