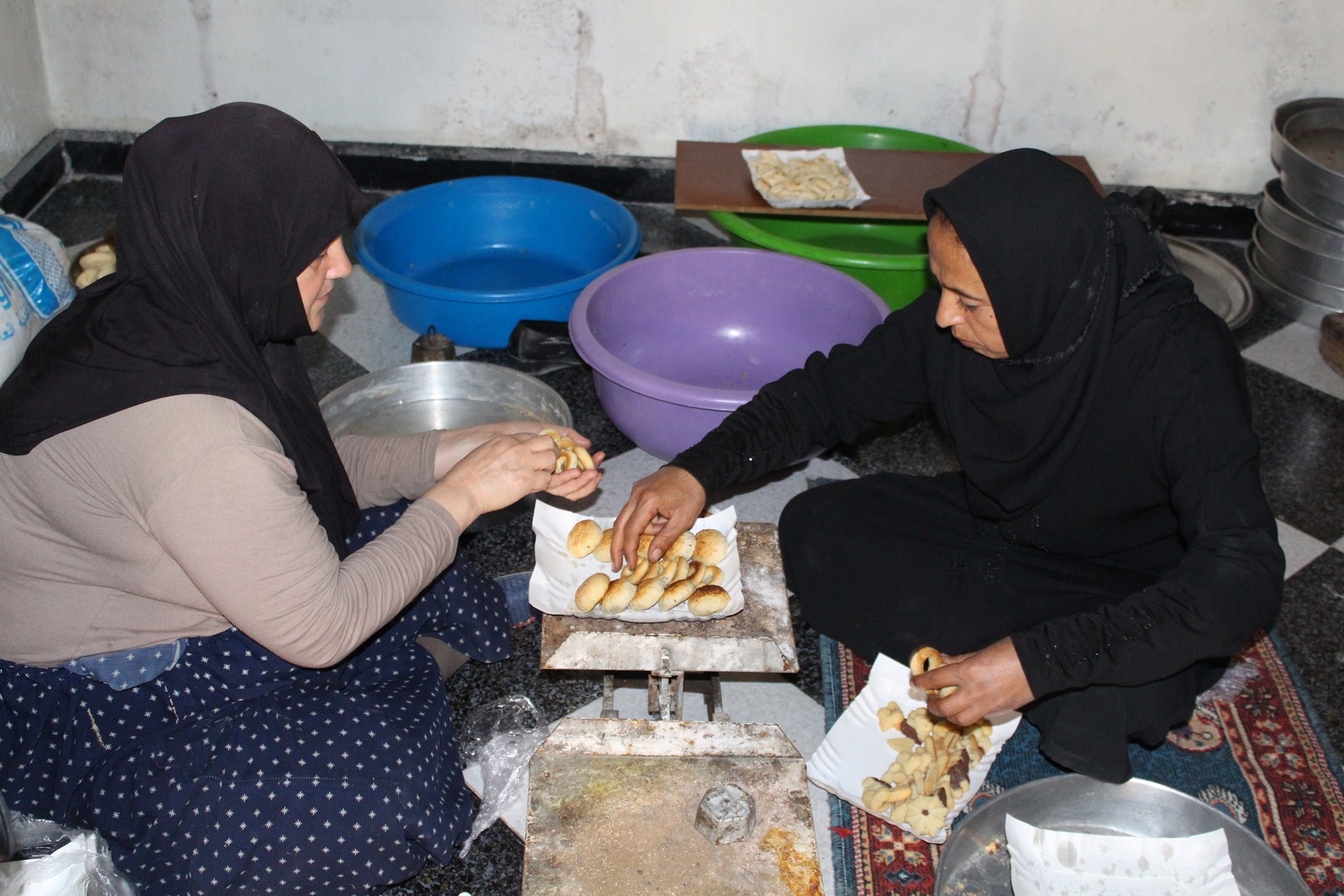 Kongreya Star continues supporting the women’s economy in Aleppo and creating appropriate jobs for women, by starting small projects to allow them to become self-sufficient and improve their own economy by themselves.

Women in Aleppo have been suffering from the crisis for six long years; the war has caused a lot of poverty. They have been through harsh circumstances in order to feed their children, especially the women in the eastern neighbourhoods, who were living in the areas under the control of the mercenaries.

After the liberation of East Aleppo by the YPG/J, Kongreya Star started opening centres to organise women, and worked to help them as much as possible so that they could break the siege.

Kongreya Star started opening special economic projects for women. The first one was the cleaning products project, which had success in the eastern neighbourhoods; and as a second step, a project for making pastry in the neighbourhoods of Sheik Fares.

The pastry-making shop opened a week ago, and four women have been working from nine to five.

To find out more about the pastry project, the reporter of Hawar News met with a number of workers in the project to talk about how it works.

A worker in the project, Jalila Muhamed, said, ”We used to dream about a project like this one and Kongreya Star have made this dream come true. Now, we can come out of the house and be self-reliant in our daily expenses and secure the needs of our families. We have suffered a lot, our financial situation is very difficult and sometimes we don’t have anything to eat. Our suffering has increased during the month of Ramadan because we couldn’t buy our daily necessities, but this small project has solved a lot of our problems.”

Rohef Ahmed, another worker in the project, said, ”We make many kinds of pastry, there’s a lot of demand from the local people, especially over Ramadan. The prices are acceptable and less than market prices─a kilo costs 1,000 SYP [Syrian Pounds], while in the market it would cost more than 1,400 SYP. We are also getting the materials we need to make pastry like flour, semolina and other materials from the Sheikh Maqsoud neighbourhood, because the prices are cheaper there.”

Samira Al Sheik, an administrator from Kongreya Star in Aleppo who is supervising the economic projects for women in the eastern neighbourhoods, confirmed that they are going to do everything in their power to support women and compensate for the injustice that they have suffered under the control of the mercenaries. This is why they made an attempt to visit the women in their houses and have discussions with them about opening a pastry shop.”

Samira Al sheik concluded by saying, ”Women in Aleppo have a lot of energy
and strong willpower and they can become self-reliant when they are given the opportunity. We will continue to open special economic projects for women, and our next plan will include sewing workshops, as well as other projects”.