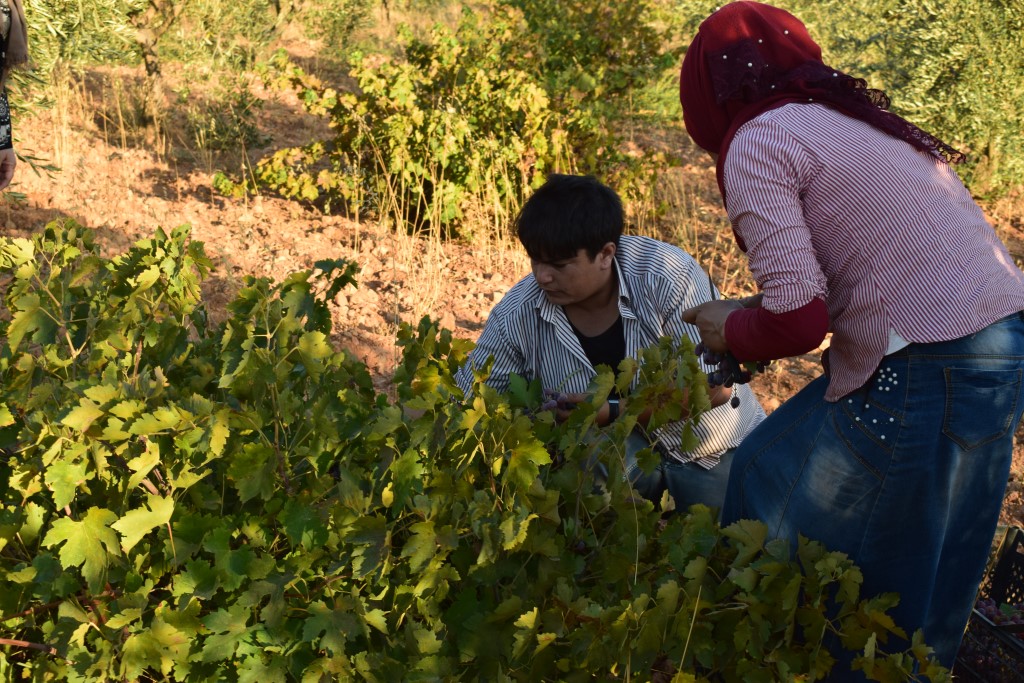 Women’s Economy in Manbij City – research on the integration of women into the economic process, and bridging the gap in the labor shortage in the city based on participatory production.

Women in northern and eastern Syria were able to regain their identity and return to their communal life when they were managing the affairs of society, especially the economy, so they fought in the economic sphere and contributed to the establishment of several projects to advance the local economy and achieve self-sufficiency and thus benefit both themselves and society.

Because of the will and creativity of women in all fields, especially in the economic sphere, as [woman] used to manage the affairs of society with her knowledge, distributing shares among individuals equally, as well as adopting the barter process, thus achieving a communal economy that achieves self-sufficiency away from greed and exploitation.

In this regard, the administrator of the Women’s Economy Center in the city of Manbij and its countryside, Sabah Muhammad, said, “The opening of a number of economic activities has [positively] affected the city’s economy and created job opportunities on a larger scale for women, and among these events is the opening of a falafel restaurant, a women’s barbershop, and [more], and this is a quantum leap on the level of changing the male mentality. These jobs were classified within a class perspective, not without material benefit for the benefit of men, hence it was necessary to establish an economy for women. To break the restrictions imposed on them and openness to the field of work, encourage women to innovate, and create a motivation engine for them to search for means of production that allow them to have stability, and a decent life.

On establishing the center, Sabah affirmed, “The Women’s Economy Center was inaugurated in the city of Manbij and its countryside on the 20th of November, 2017, and the center consists of three members. For years, since this inception, the Economic Center in Manbij and its countryside has been integrating with all segments of society. To search for women’s economic strengths. Through feminist work, they find their resonance in society as a whole.

The most prominent economic projects

Sabah added: “One of the most prominent economic projects that have been implemented since the opening of the Women’s Economy Center in the city of Manbij and its countryside is the center’s endeavor to find a ground and a popular base in the first place, relying on the participation and participation of women in production, since women are an urgent necessity for society and its contribution in the fields of life. [As a] starting point, the center opened a popular falafel restaurant next to the public park, coinciding with the city of Manbij celebrations of Women’s Day, and this project is the first of its kind. This project includes a number of working women, and provides the most popular food, and the Women’s Economy Center, in cooperation and coordination with the Economic Committee, launched a poultry farm project in the village of Al Muharraq. It is estimated at an area of ​​thirty meters, and the Economic Committee provided what is needed for this project in terms of building with excellent technical specifications such as ventilation [and] lighting.

The goal is to break social restrictions

Sabah Muhammad confirmed with regard to the most prominent works proposed in the coming period by the Economic Center in Manbij and its countryside, saying, “The Economic Center aspires to prove a theory, that women were the primary drivers of emerging economies in the natural society. Through a relentless pursuit of a natural equilibrium, and from this [perspective], we study the center of the economy, [and carry out the] implementation of several projects related to women, to increase the effectiveness of her contribution to society, taking into account the cultural and intellectual backgrounds of her personality, [as part of] pioneering projects.

The ambitious women’s economic center has opened a large sewing workshop to include a number of women working in this field, as this project will provide many job opportunities for women, in addition to increasing productivity, and achieving competition with the national product first, in accordance with the requirements of the popular market, and its need for a diversified supply that can be bought at a competitive and cheap price.

And [Sabah] continued, “This workshop [is], for example, preparing a study of the internal market, and working on presenting the most prominent designs required of customers, such as purchasing offers, and standing on them, such as, sew mantras, jeans, etc., and then [looking at] the economic feasibility, consistent with the customers’ desire, to provide modern designs that will have a prominent role in the competition, as [workshops like this] are [usually] projects for men. But, women have proven themselves and work in it. This paves the way for women to manage these economic projects, and aims to break the marginalized social restrictions of women, and the fallacy of them as well.