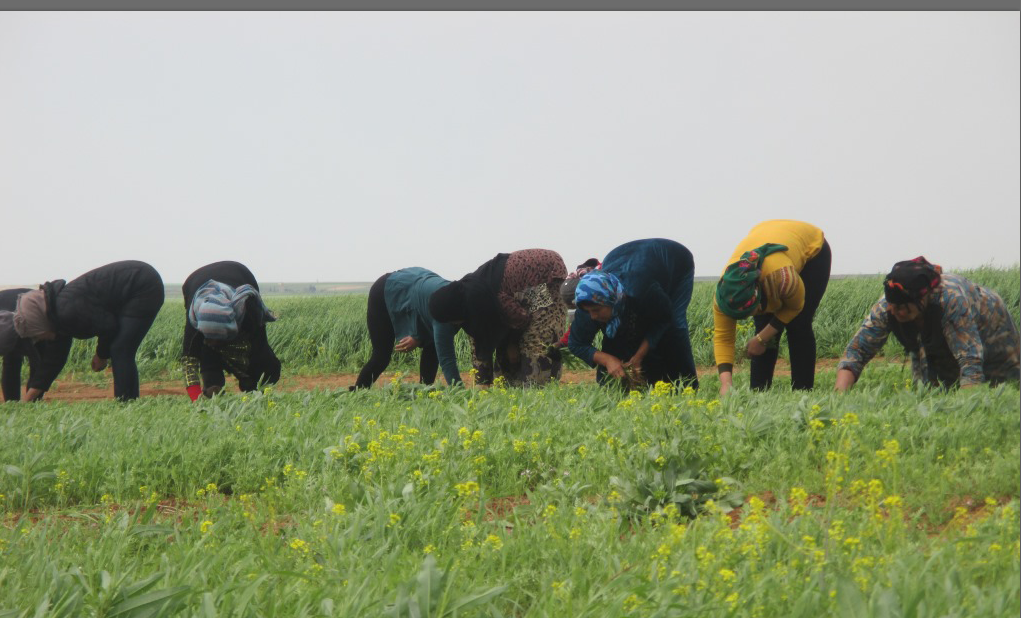 QAMIŞLO – The women of the Cizîrê‎ canton are participating in the cooperatives founded by Kongreya Star in increasing numbers.

The Economic Committee of the Kongreya Star administration of the Jazira Canton [Kantona Cizîrê‎ / Cezîre] founded a women’s agricultural cooperative in Qamishlo [Qamişlo / Qamishli / Al-Qamishli] on 11th November, 2016. The 30 women in the cooperative have already earned many times the amount they paid for membership in sales revenue.

In the year that the cooperative was established, cultivation was only done in Qamişlo. However, with the number of women joining so far in 2017 reaching 160, the cultivation has also expanded to include fields in Tirbespiye [Tirbespî / Al-Qahtaniyah]. The cooperative now produces in a field of 420 dunams [decares].

The Agriculture Council of the Cizîrê‎ canton provides necessities such as seeds, fertiliser and pesticides to support cooperative activity.

Horiye Şemdîn, the spokesperson of the Economic Committee of the Rojava Cooperatives, says that the goals of their activity are to strengthen the women’s economy and give women a leading role in the economic field.

Horiye Şemdîn also remarked that they will strengthen the regional economy in spite of the embargo.